Last week, my husband almost topped his record in the department of poor T-shirt choices.  As you should know by now, we nearly never became “Brian & Suzy” thanks to the T-shirt he was wearing on the first night that we met.  (Story here.)  But this time?  Shooooooooooot…  I can’t believe that he got past me!

In the last eight years, there have only been a few minor offenses.  For instance, there was the time that Brian wore his Beavis & Butthead T-shirt to church.  I?  Well, I was just thankful that he was going to church.

So what could he have done to almost top all former offenses?  I’m glad you asked.

If you recall, Brian and I had a little getaway with Bennett to Old Town Alexandria last week.  One day we went into D.C. to see the 50 states’ Christmas trees and to visit the Newseum.  (It’s my third time.  Best.  Museum.  Ever.)  Being a particularly cold day, I never saw Brian’s wardrobe selection until he draped his jacket across the back of a chair at lunch.

This is what I saw: 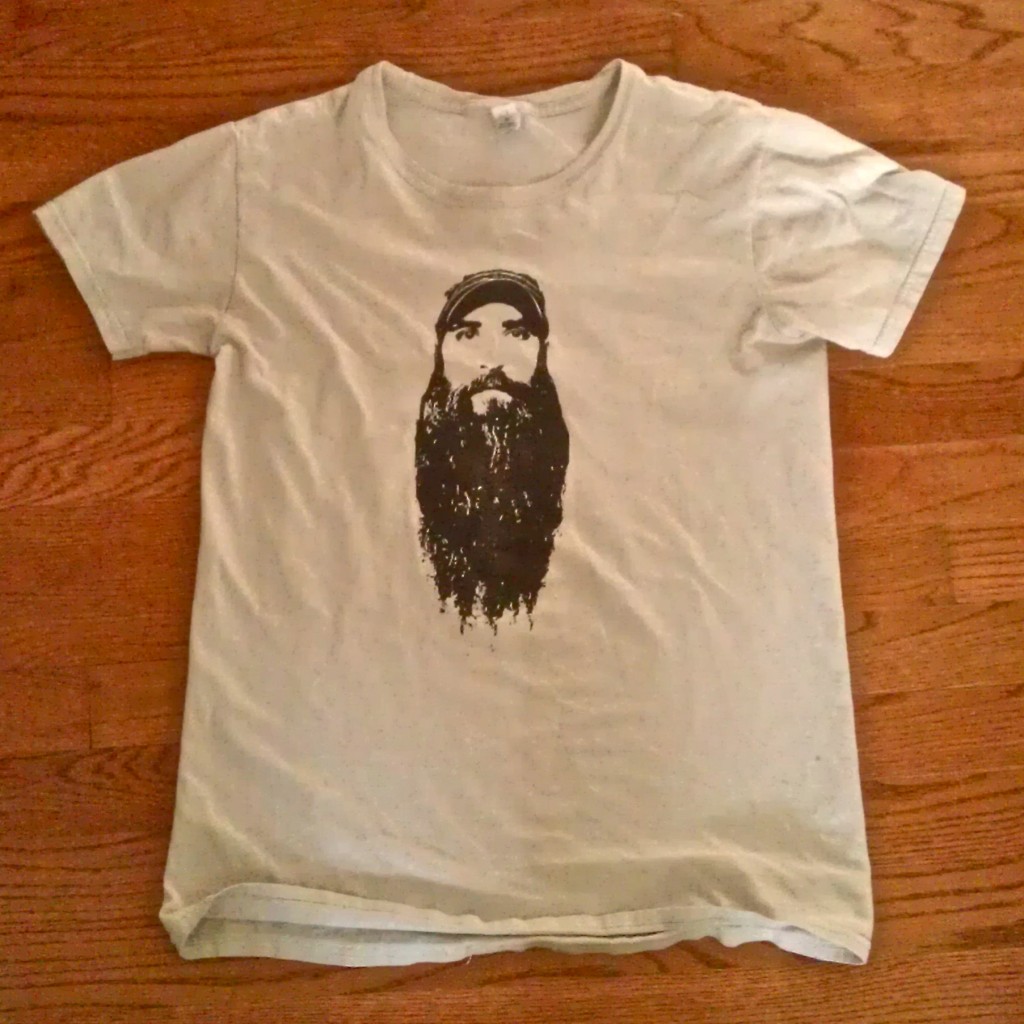 Now I know what you’re thinking.  I was thinking the same thing.  But believe it or not, we’re actually familiar with the man whose face is on that shirt.  His name is Sean Michel.  He’s a musician who runs a stage at Cornerstone Music Festival.  Yes, Sean put his face on a shirt.  Yes, my husband bought it.

But do you think anyone else in D.C. knew that?  Highly unlikely.

No, I imagine that they probably thought Brian was pro-terrorism as even Sean himself admits (as you’ll see in the video below) that he’s been compared to Osama Bin Laden.  Granted, Sean’s beard was much shorter as this time:

So what did I do when I saw Brian’s shirt?  I had a mini heart attack.  And what did Brian do when I pointed it out?  A grin spread across his face.  The man knew exactly what he was doing.

I told Brian that I wasn’t sure how to wrap up this blog.  He said, “Things aren’t always what they seem.”  Indeed.