Bennett has been too intimidated to attempt the 25 meter swim test at our gym. Passing this test would grant him a yellow wrist band that permits the freedom to go down the water slide and roam further than ten feet from me. Not wanting him to miss out on summer fun, I enrolled him in a refresher swim camp hoping to boost his confidence. He decided today (after Day 3 of camp) that he wanted to go for the test! Oh! He was SO nervous and almost backed out, but I wouldn’t let him and kept nudging, “Well, she’s already here (the testing lifeguard). You’ve got what it takes. Let’s just get it over with.” He failed the first time after 1/3 the distance; the second, 1/2. He took a break and said, “I want to try again.” Then HE DID IT on his third attempt.

I know y’all know/have some talented kids, but athleticism isn’t what we’re known for over here. I’ve been gushing on him, telling him how proud I am that he didn’t let his fear control him and he didn’t give up. He was “exhausted,” but in wonder and pure joy. Bennett discovered something in himself today.

*pausing to let that sink in*

In other Banner Day news: Shepherd fed himself vegetables tonight, specifically cooked carrots. We really needed that win! The little guy is pushing all limits, but not in the same goal-oriented way we just celebrated above. Phew! I have met my match in the mini square piece. 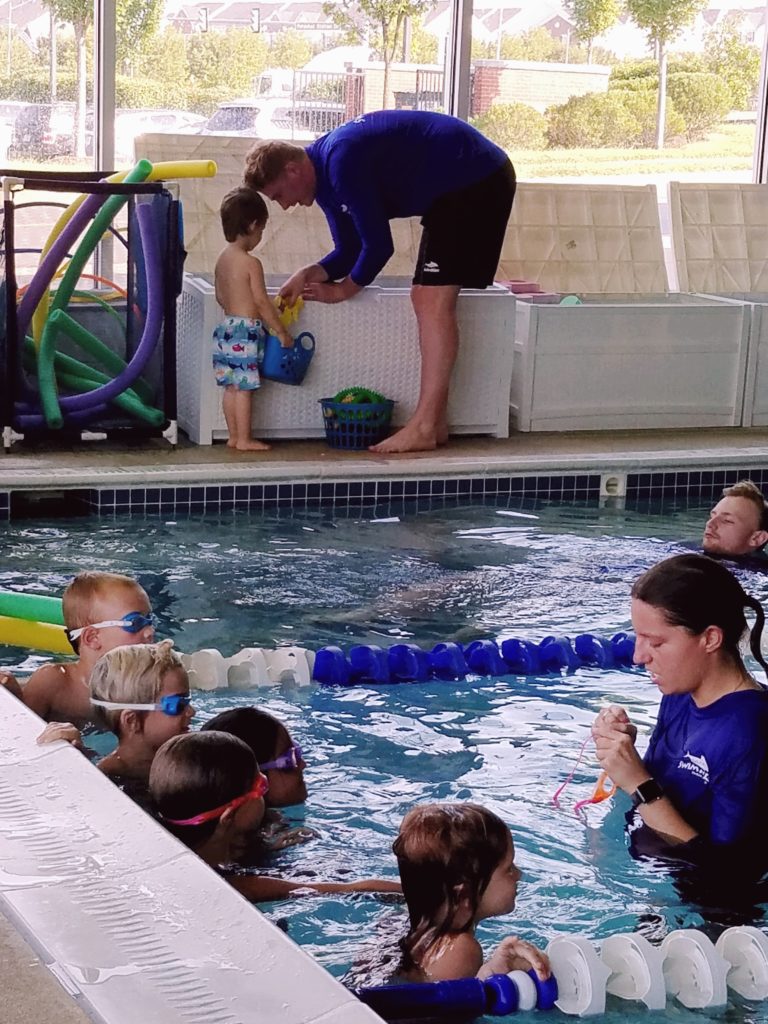