Back to Trumpet Vine Farm we went yesterday!  Nope, not for more birthday celebrations.  This time we were celebrating the wedding of Brian’s cousin, Jared, and his new bride, Lindsay.

It was a very “Pinterest-worthy” reception. 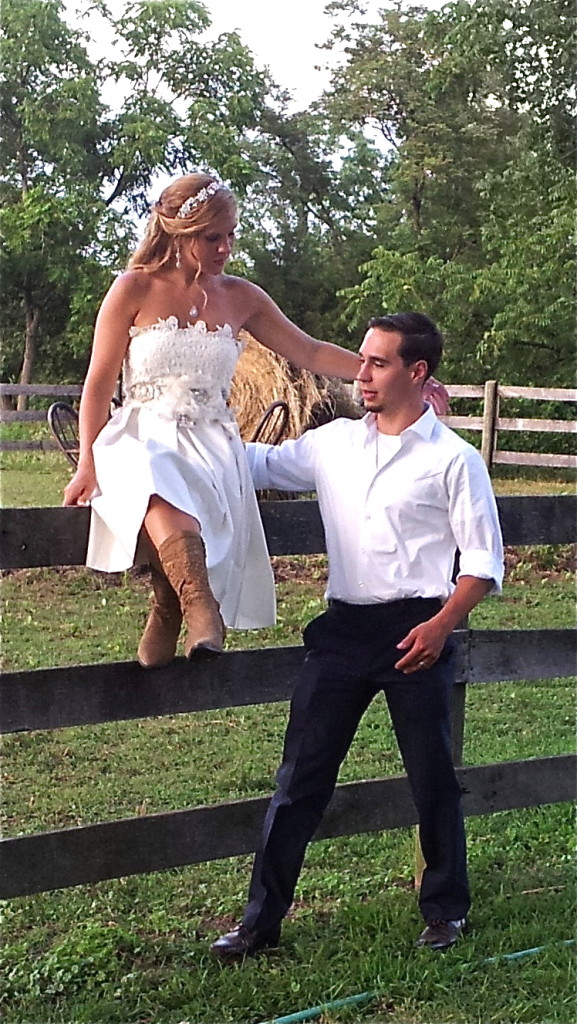 You know what I mean.  Cowgirl boots, adorable chalkboards, charming mason jars, eclectic flower arrangements, bandanas for napkins and – lest we forget – a PIE bar.  Mmmhmmm.  You heard me.  Pie.

Per usual, Bennett worked the crowd, charming the ladies, faking bashfulness, completely oblivious to the skipped napped and delayed bedtime.  (That is, of course, until the ride home.  Totally ‘nother story.  Yipes.)

Several hours into the festivities, my hairstyling heart took pity on Lindsay and her thick, hot (as in temperature) mane of hair.  I offered to quickly pin it up while keeping it romantic and feminine.  Let’s just say that she was thankful to have trusted me and, once the hair was off of her neck, she could really boogie on the dance floor without melting into a pretty puddle.  Just six bobby pins, folks! 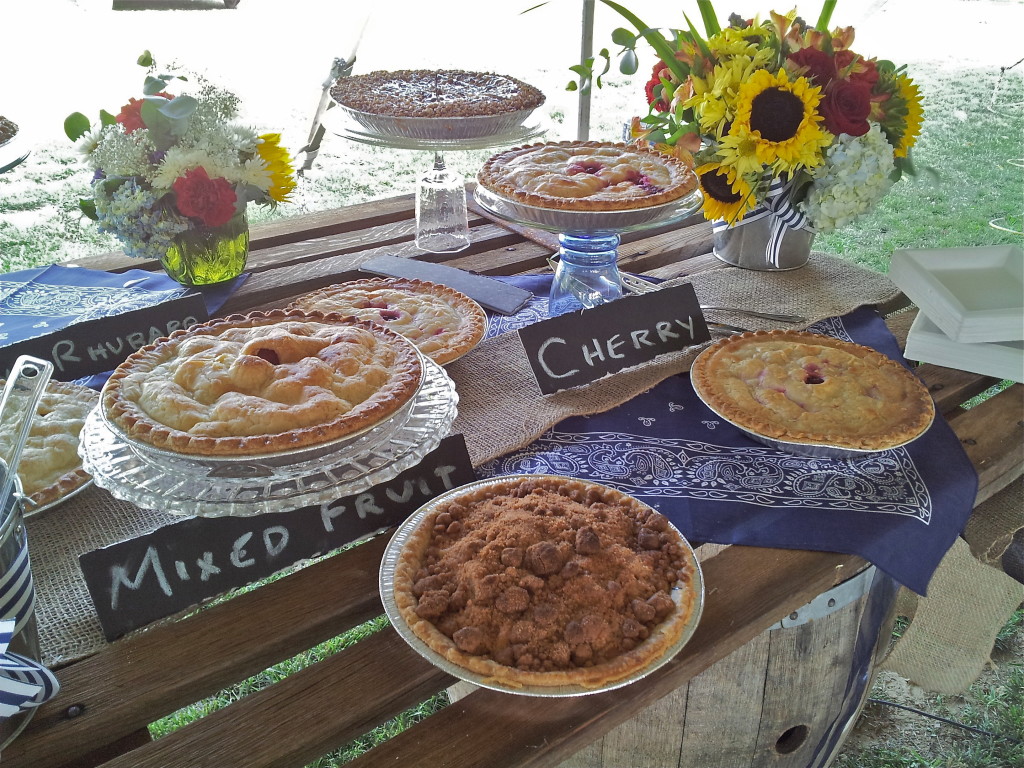 Brian was a champ and was the designated driver of the night.  This was especially critical considering the margarita slushy machine.  *wink* 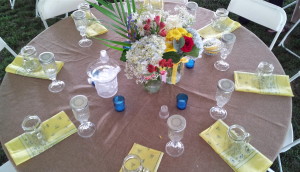 If you’ll take a look at the sweet family picture below, let me tell you that by the end of the night, we were not such a sweet looking crew.  Having forgotten Bennett’s sippy cup, I had attempted to help him drink water from my own glasses and bottles.  This resulted in the both of us being soaked and obvious dirt collecting in the dampness of every white stripe on my dress.  On the ride back, Bennett became so inconsolable that we had to make a nursing pit stop.  Being anxious to hit the road, it wasn’t even worth the contortions it would have taken to re-zip my dress, so I arrived in our driveway, dress filthy and unzipped, nursing cape still draped over the front, blister forming on the right foot, hair having turned to fluffy cotton, two week old sun poisoning itching to high heavens.  Not to mention, all signs of life in the lipgloss department were long gone.  This – this! – is why I insisted on a family shot as SOON as we arrived.  It’s just all downhill from there!  Kinda wish I had a before and after of that one…