And so the show began.

Naturally because we were five minutes late due to the rain, I forgot practically everything that I wanted to say both in introducing the band and in thanking the guests.

You know how those thoughts always hit you later?  And you imagine yourself saying what you wish you had said?  One thing that I wish I had said at the end of the show is, “Show of hands if you can think of a couple of people that you wish were seeing this right now.”  Because that’s the thing about Photoside Café.  They’re so daggone humble that you have no idea what you’re in for.  Yet once the show begins, there’s such intensity the whole way through that the second it’s finished, you want to see it again.  Or at least I do; so I assume that everyone else feels the same way.

Even if I had said everything I meant to say, my amazing, zebra print rain boots might have been too distracting for the audience to hear me anyhow.

Photoside Café did a fabulous job. 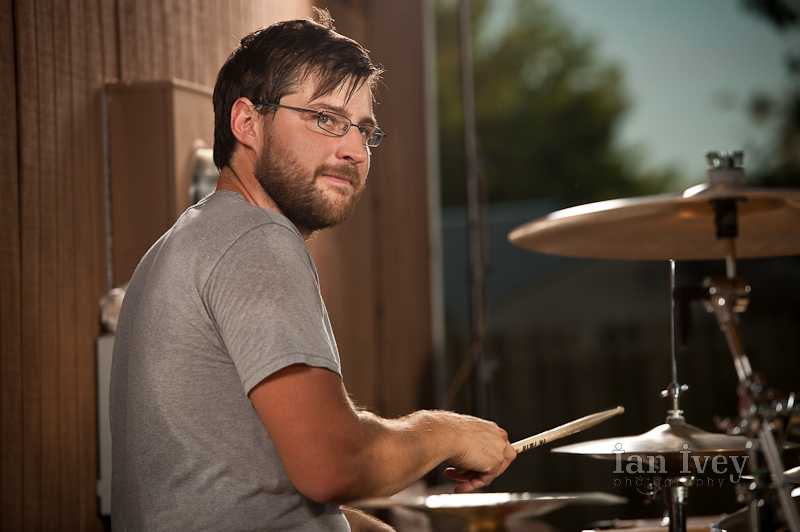 It was a special show for me to watch my friends watch Photoside Café for the first time.  Everyone was so impressed to see things like this: 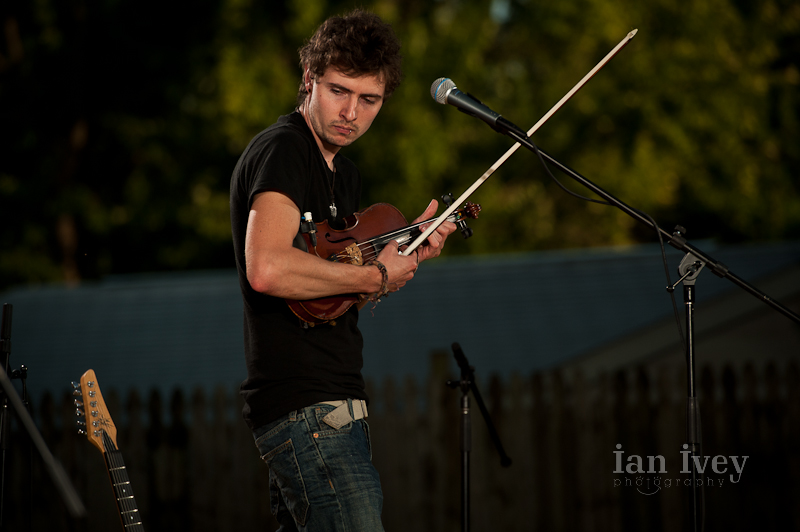 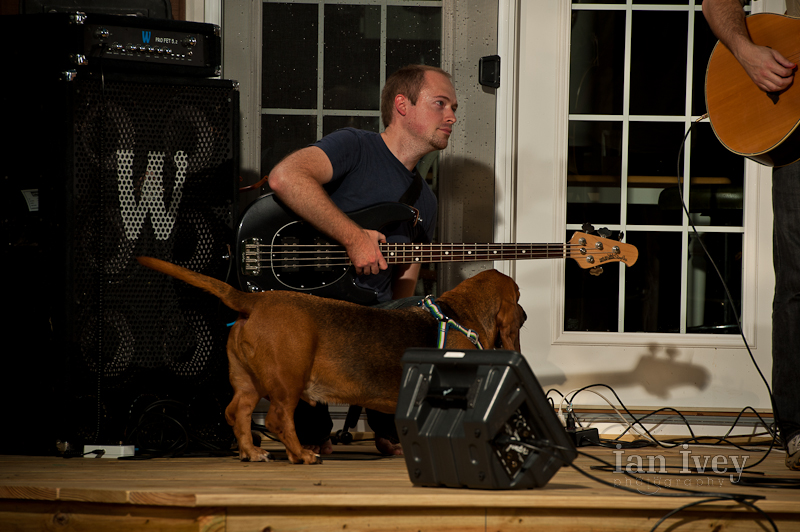 Naturally Beau got curious and had to check the boys out… in the middle of the show.

(Thanks again, Ian Ivey, for the pics!)