If I wanted to be more popular, I’d probably try and make this progression of belly shots more Pinterest-worthy.  Alas, no two photo-op days were alike and, therefore, it’s kind of a hodge podge.

March 2nd, the morning that I found out.  At this point, I was one month pregnant.  So long, flat stomach and toned arms! 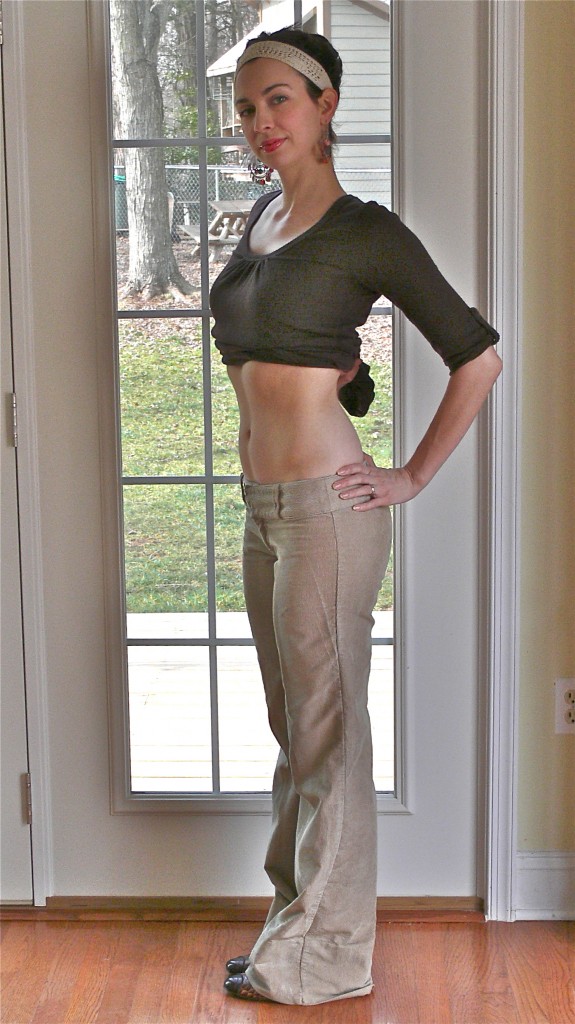 April 3rd, about a month later.  Not a ton of growth.  I began to realize that if Brian and I hoped to get any belly shots in, sometimes I’d have to run in front of the camera mid-morning routine, with hair and makeup still undone.  I’m pretty sure I gave him just two chances to get this shot because all I was really thinking about here was breakfast. 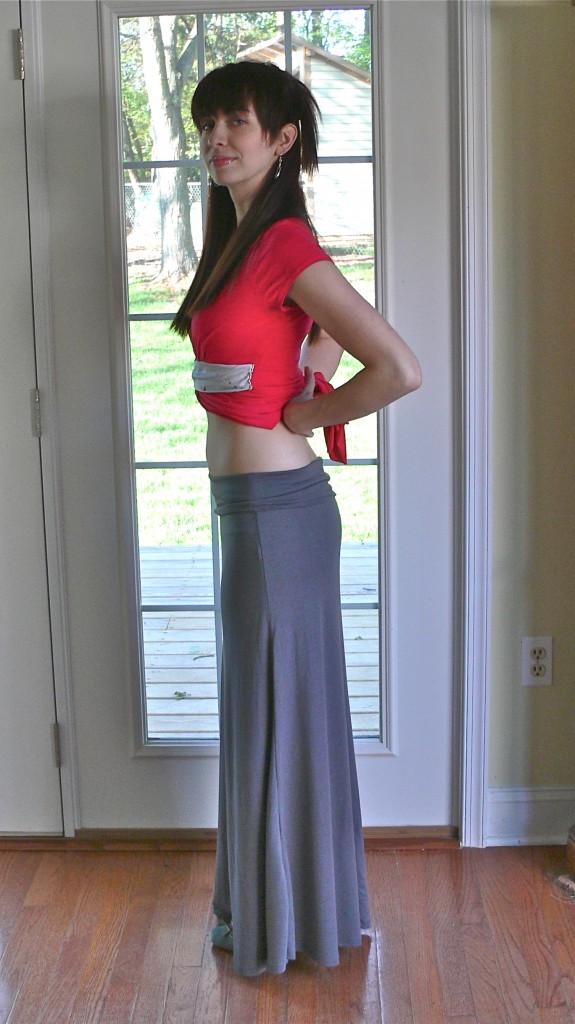 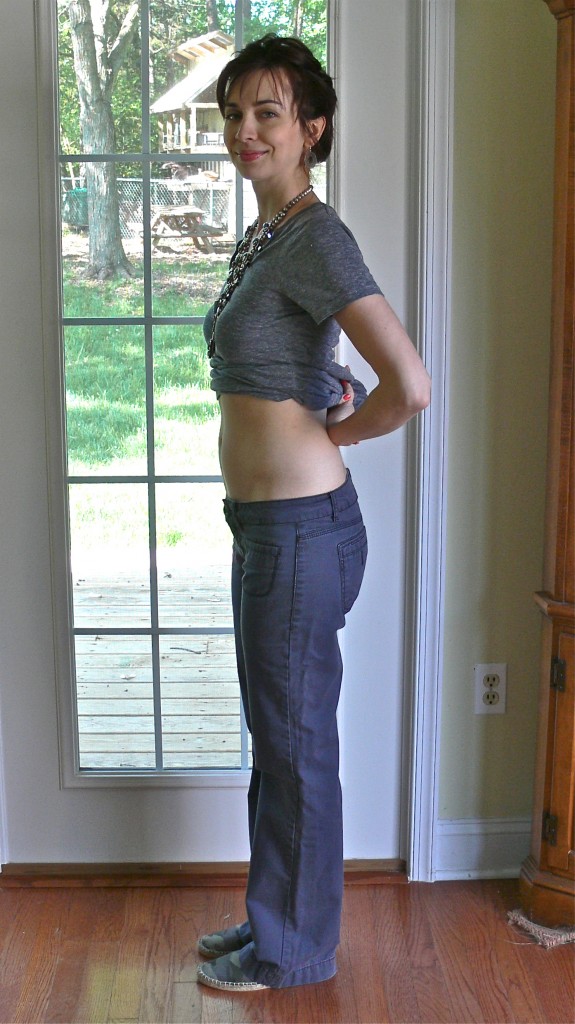 May 7th, feeling pretty and natural that week (week 15).  Tired of showing my bare belly and tired of pushing the kitchen table out of the way every time I wanted a preggo shot.  (Two months after this shot, those jeans still fit!) 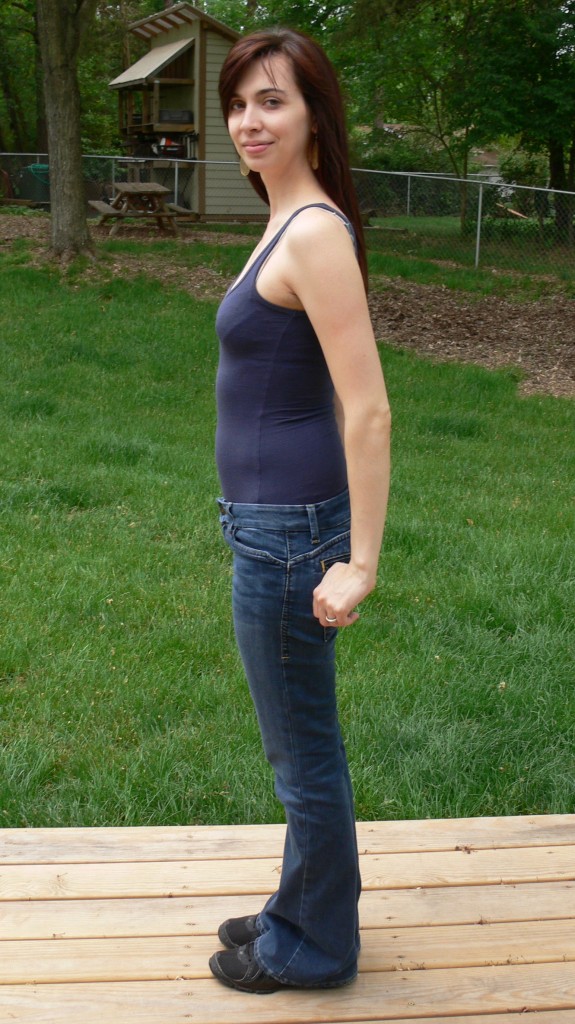 May 7th, never one to miss the fun: 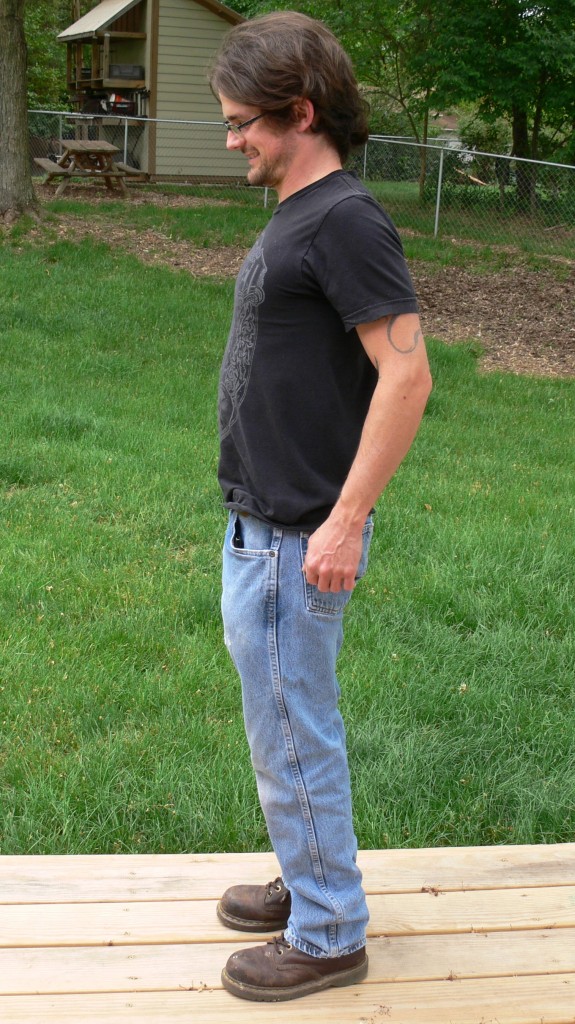 May 25th, thinking my pregnancy is still pretty under the radar thanks to a little thing called a waist.

May 25th, I’m four months pregnant.  Am I ever going to get a belly? 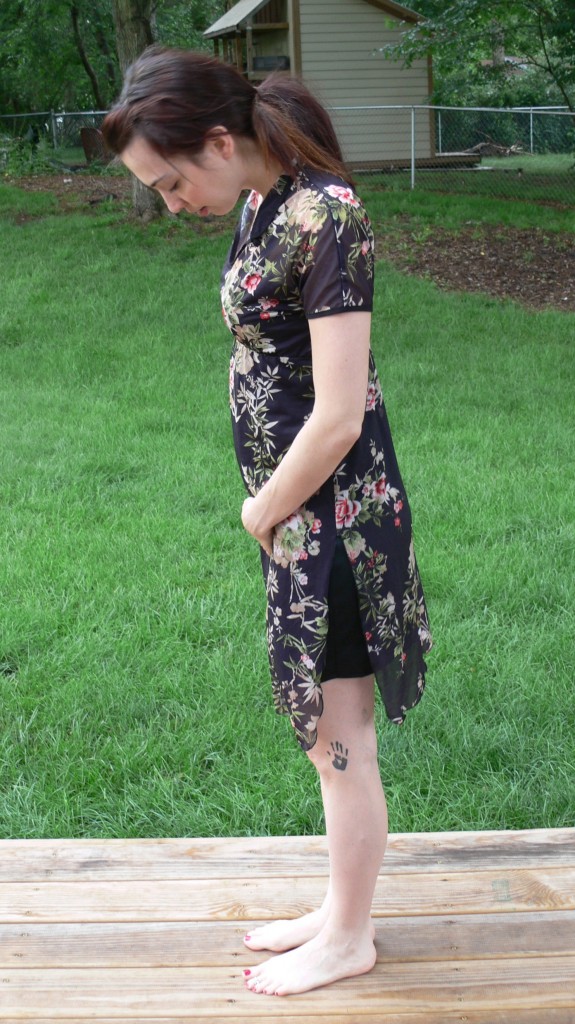 June 5th, careful what you wish for!  (Gee, I wish Brian and I could time these better.  Look at that hair!) 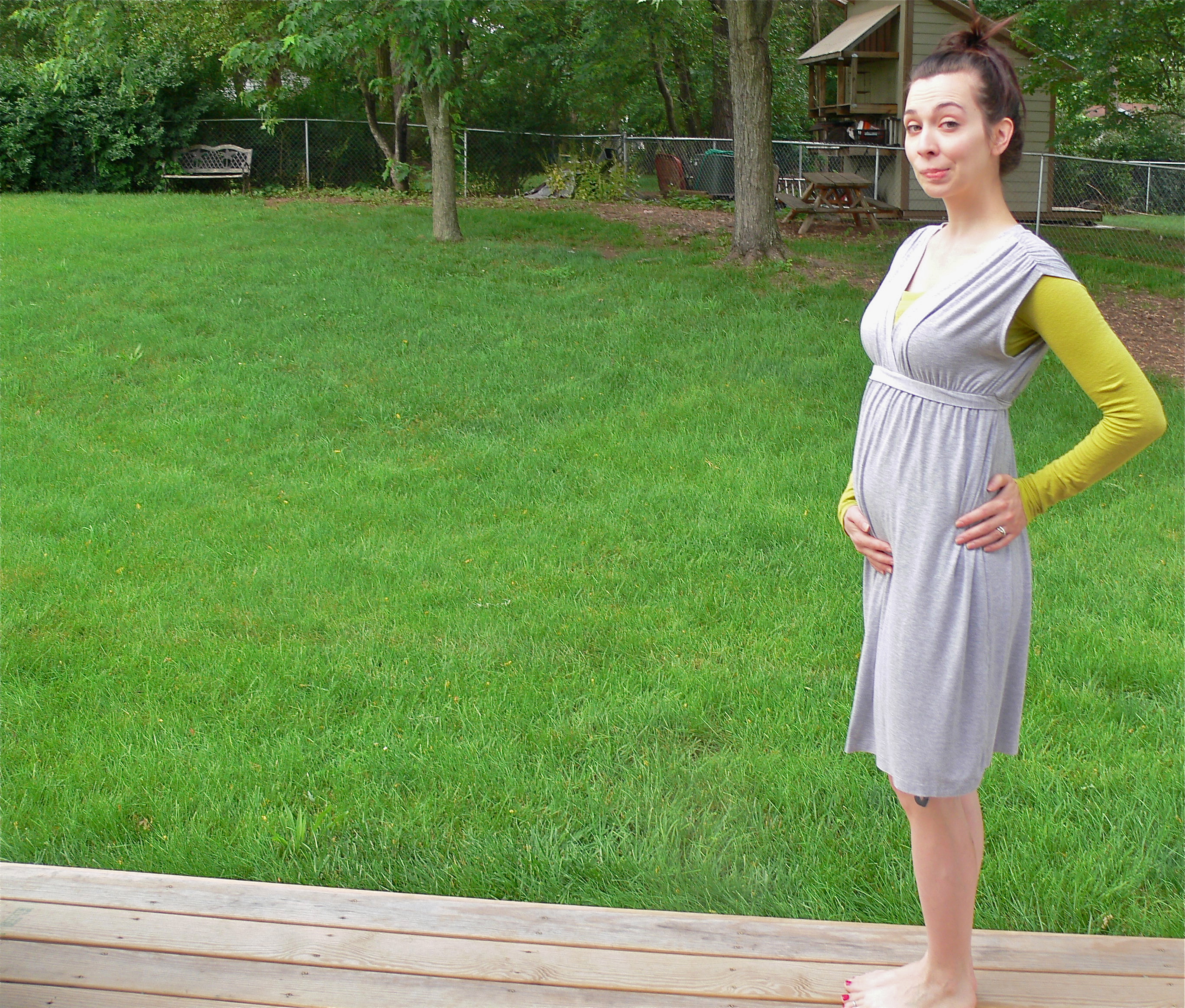 June 21st, after a hard day’s work in my Crocs.  Significant growth in the month of June!  This skirt originally prompted the “round butt” conversation . 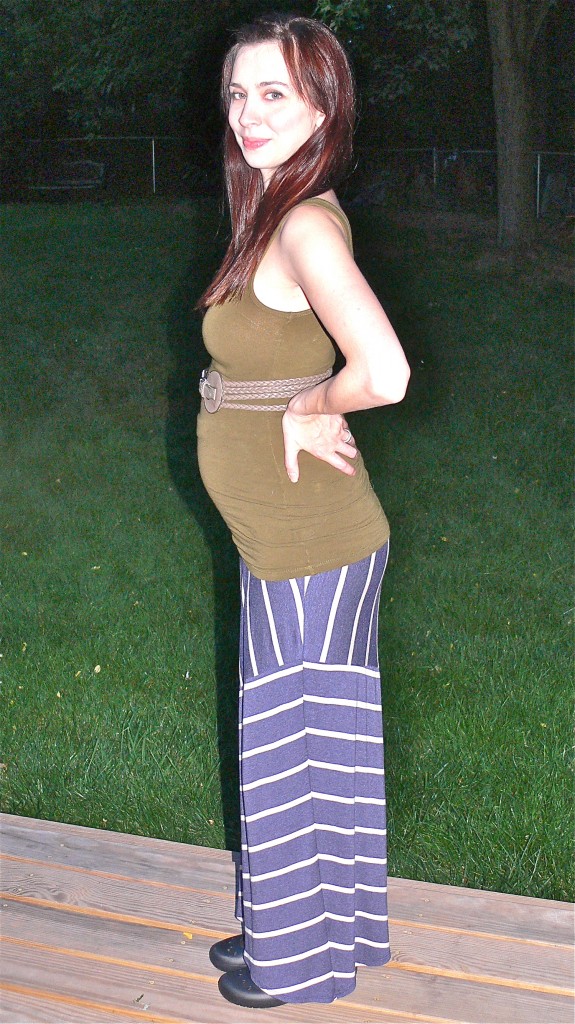 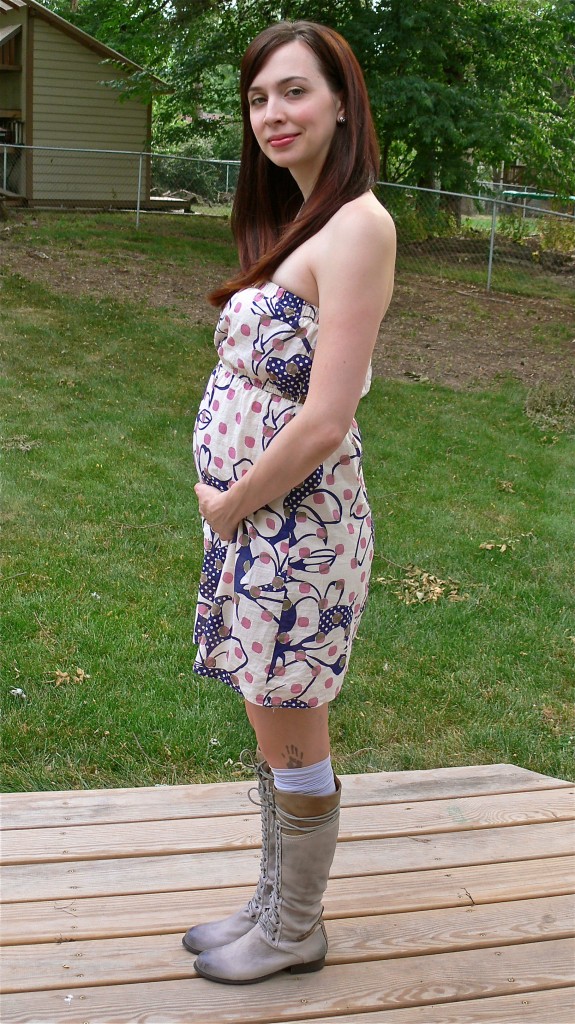 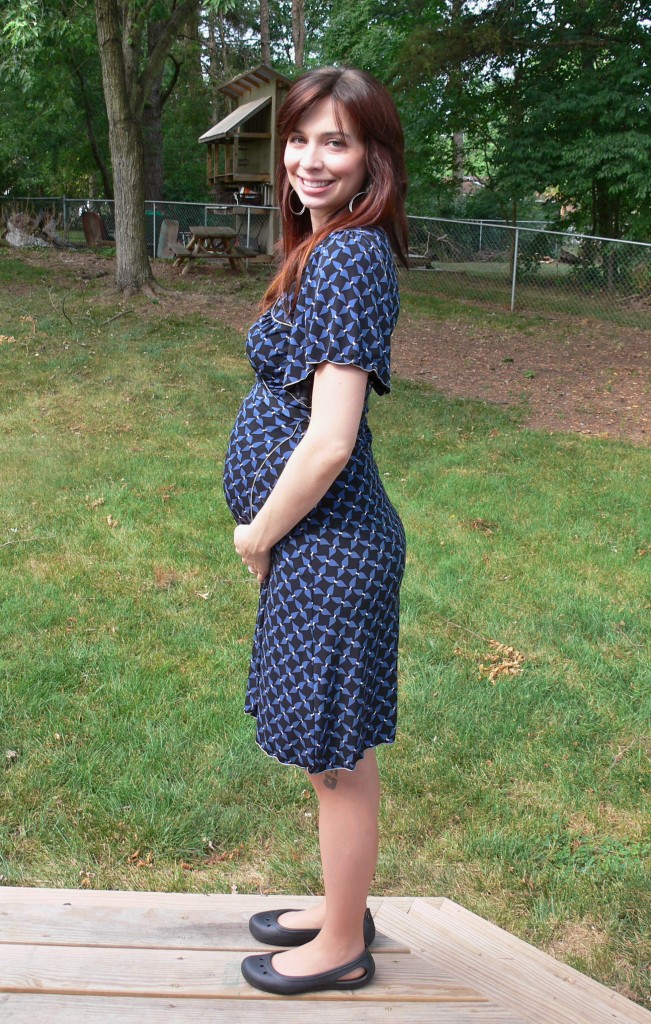 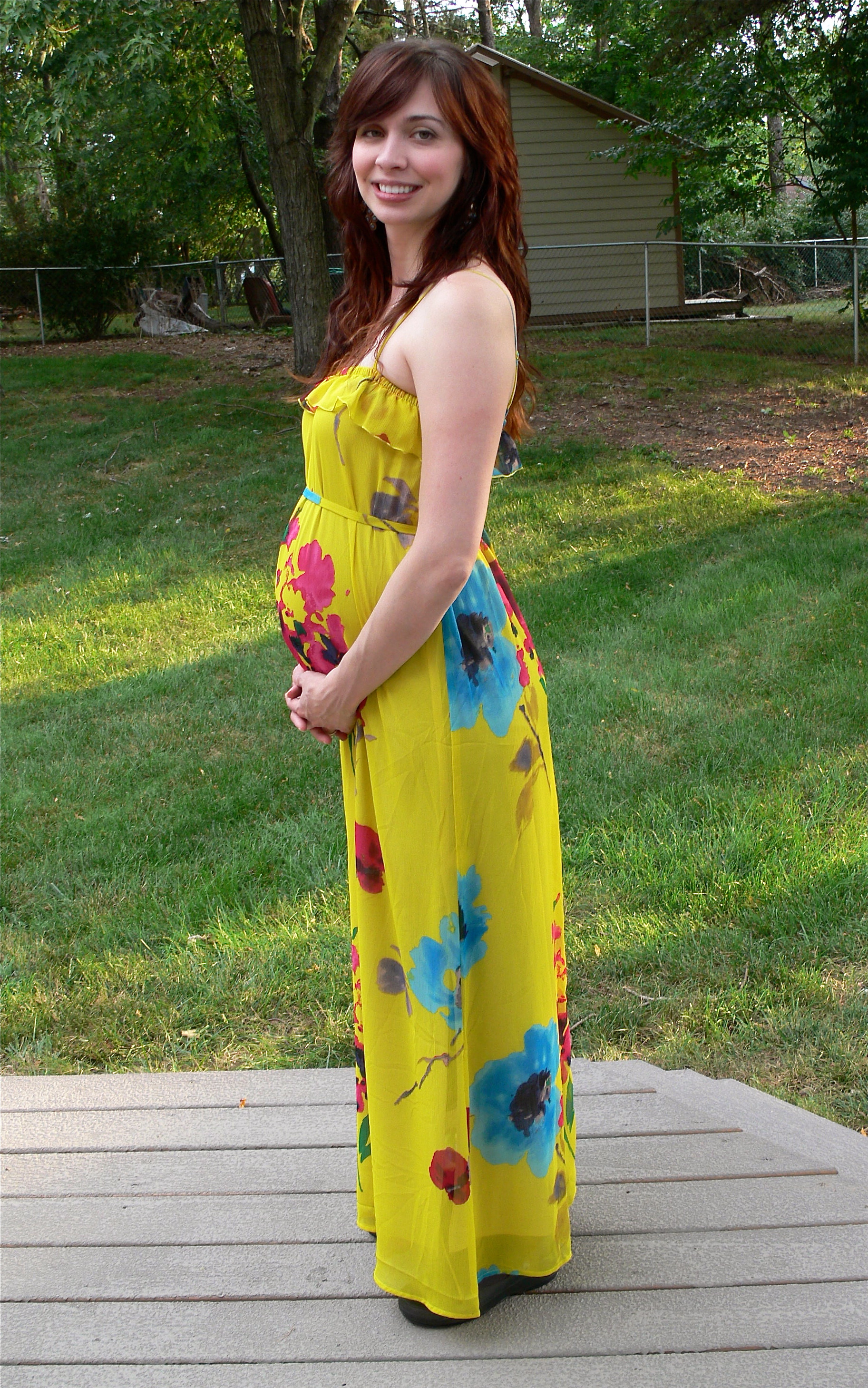 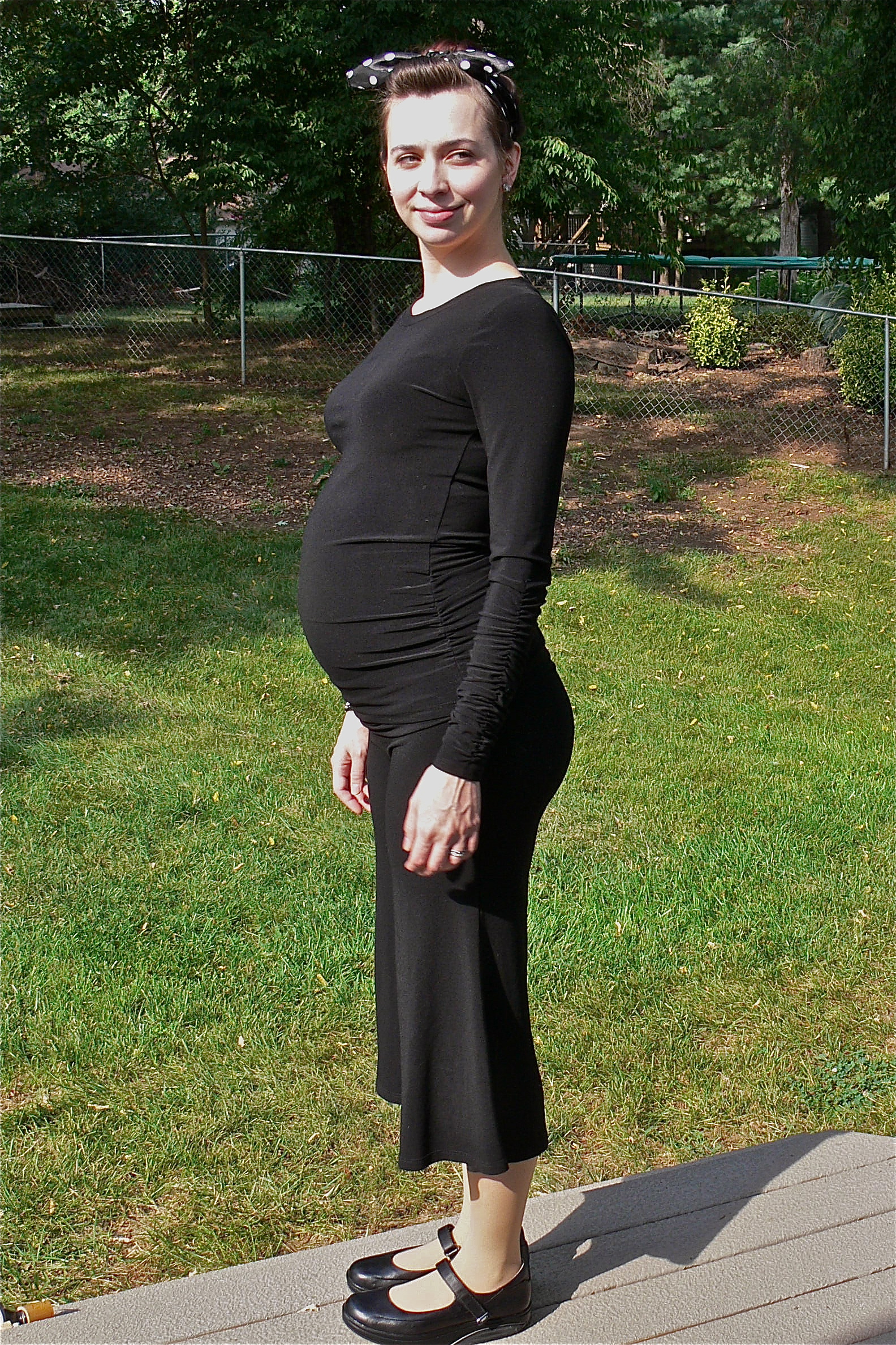 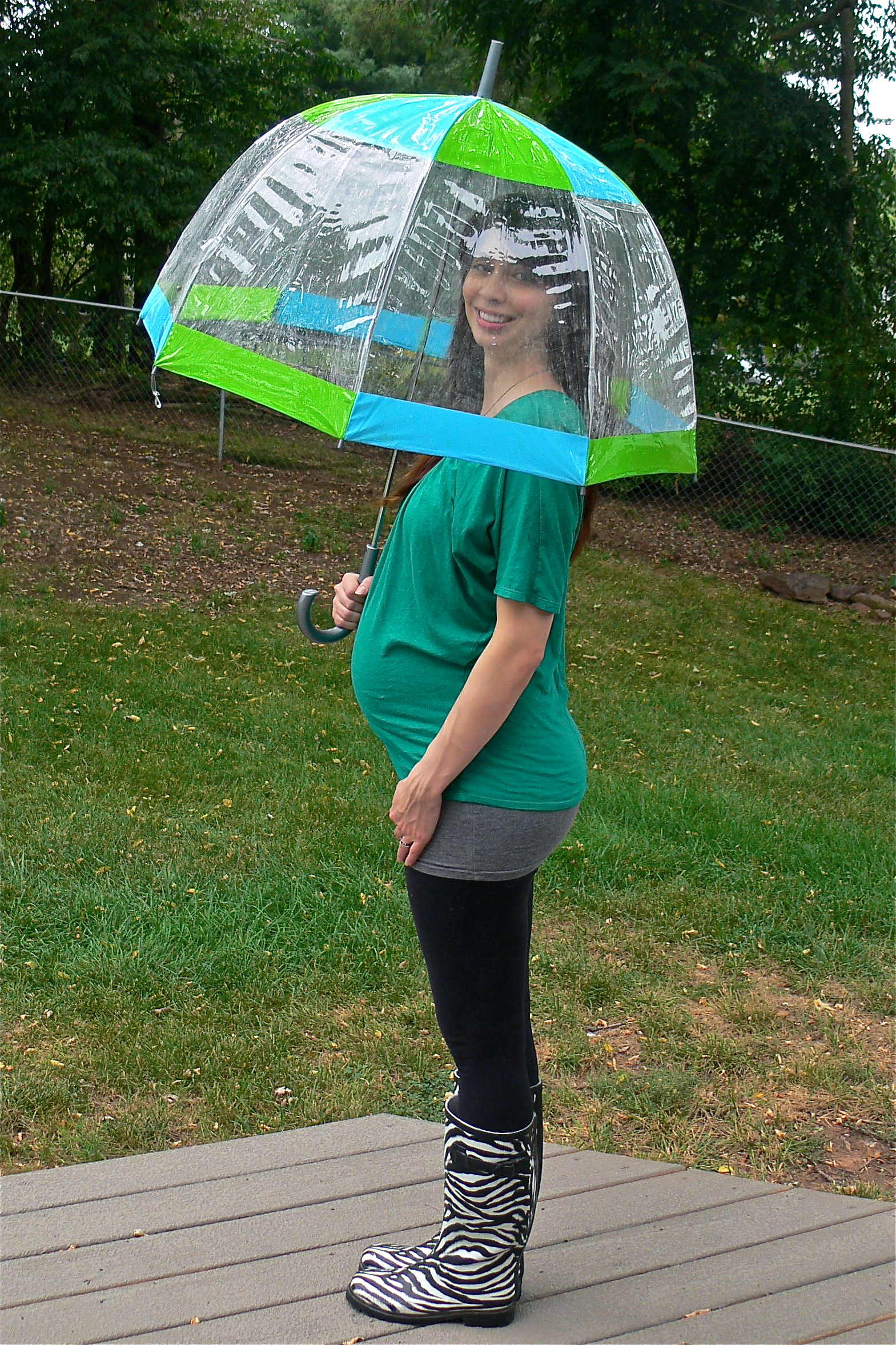 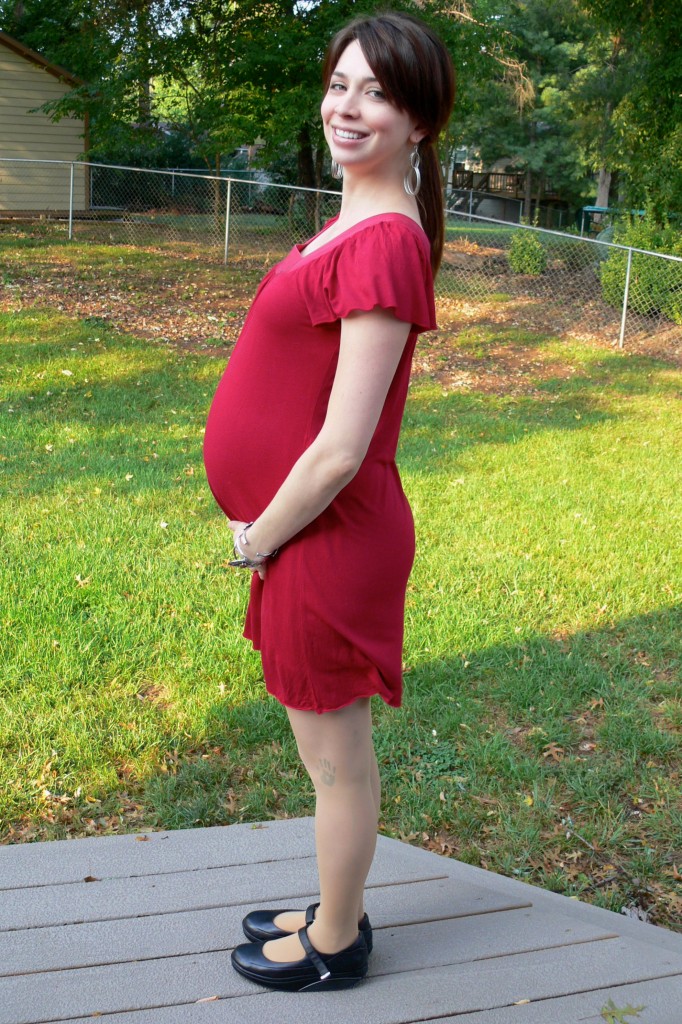 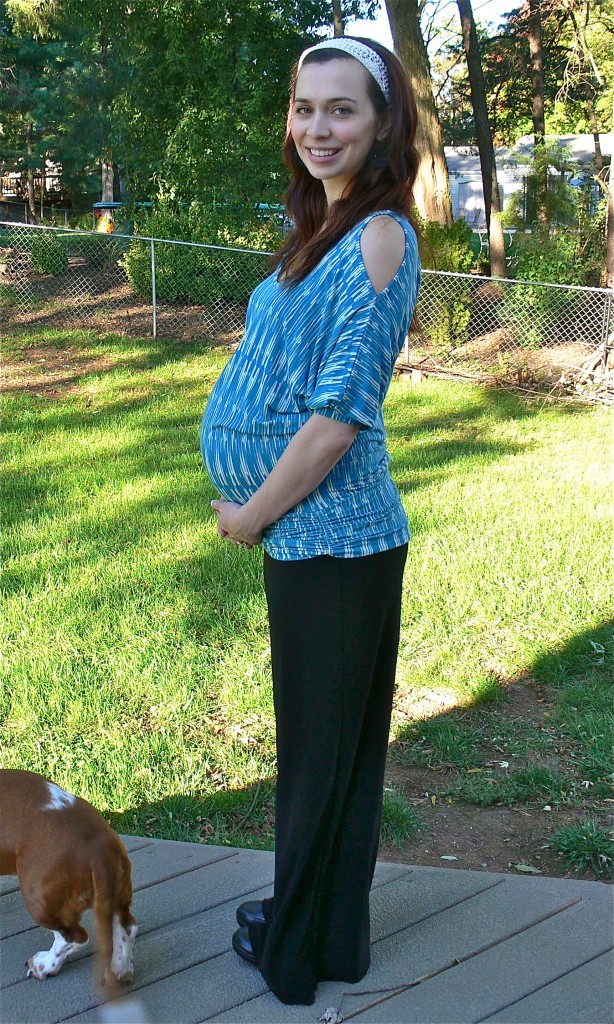 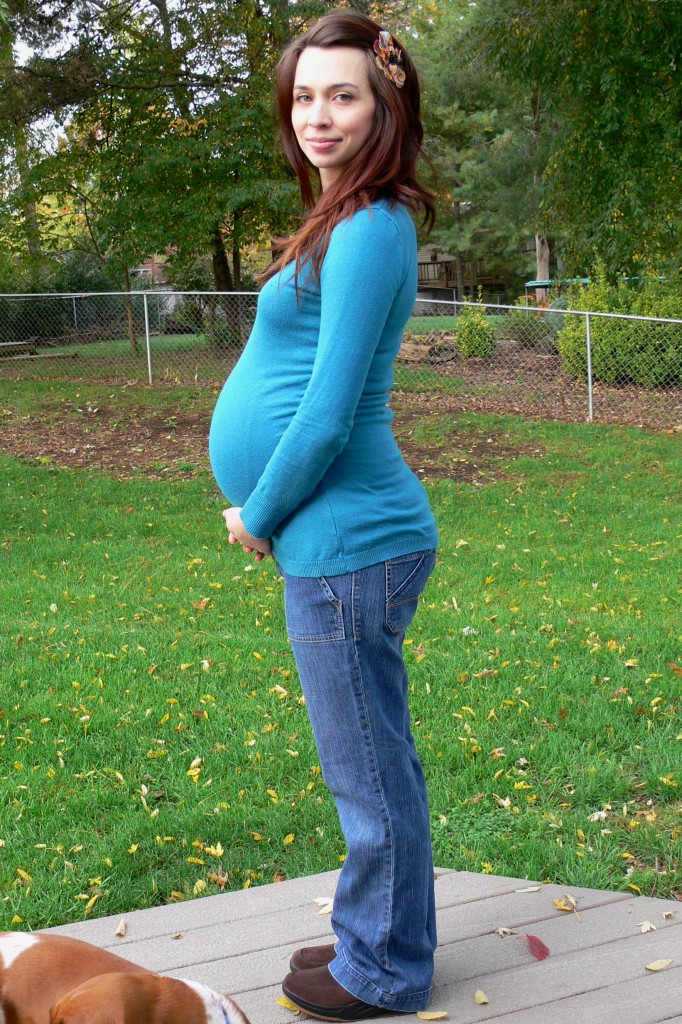