Presently enjoying the spoils of Round One in attempting to overcome my fear of baking with yeast.

I want to make my own hamburger buns.  What I’m eating tastes and feels a touch more like a biscuit than a bun, but a sloppy joe certainly wouldn’t mind the difference.

Used this site as a guideline, but took my own twists and turns.  Selfishly blogging for remembrance (but open to suggestions for sure).

Ingredients per the guidelines (vs. what I really did)

2 tablespoons active dry yeast (I just used two packets, which aren’t quite a tablespoon each.)

2 tablespoons coconut oil (or other oil) (optional) (Why on earth would coconut oil ever be optional?)

1/3 cup vegetable oil (Vegetable?  Ew.  Might as well make that coconut, too!)

1 egg (Got it to room temp by sitting it in warm water for a few minutes.)

Instructions (per guidelines vs. what I really did) 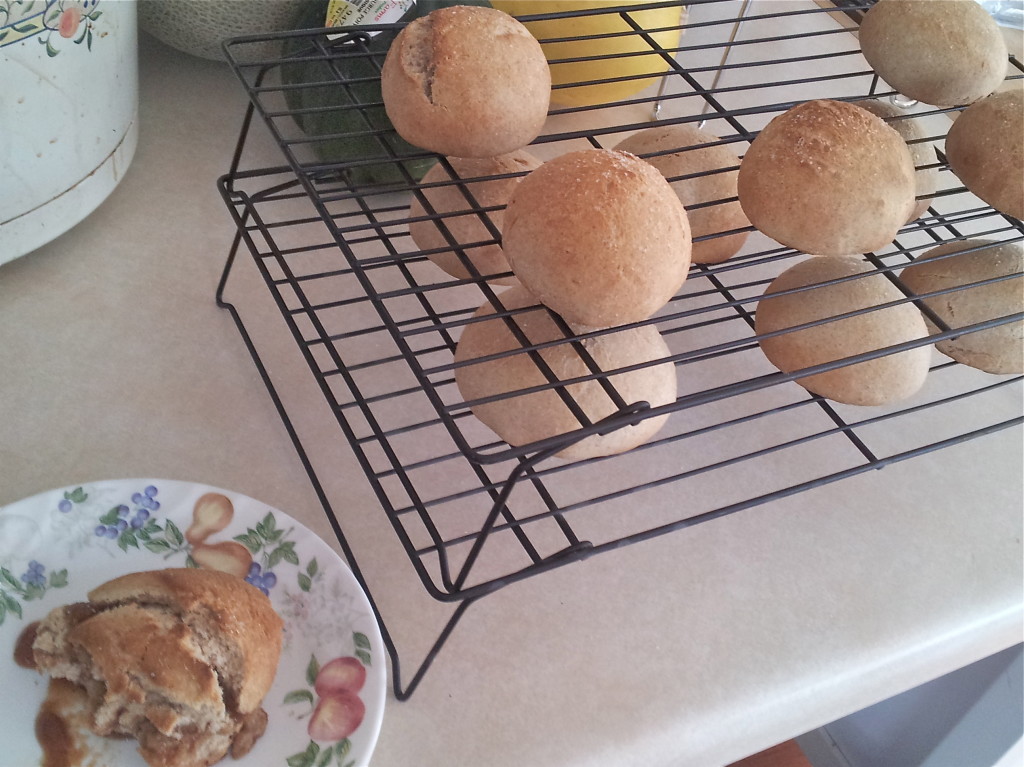