I’m going off the grid.  You know what that means! See you on the other side!

Brian and I met at WalMart.  While all of my friends and family are familiar with our comical first encounter, the part where we met and our life together began, almost nobody has gotten the full story, the pride-breaking story, the heart-breaking story, the this-actually-began-two-years-before-we-ever-met story.

I’ve waffled.  I’ve waffled over this decision for some time now.  It’s been my intention to tell our love story before Bennett’s arrival, but there are some questions that wouldn’t be answered if I didn’t go back far enough to provide better context.  Questions like, “How did a girl who spread her wings abroad, tasting a life of service in places like the Amazon or an orphanage in El Salvador, wind up settling for an American lifestyle with a man who – at the time – worked at a truck wash?  How did a girl who was ranked third in her class, got wonderful SAT scores and a full academic scholarship to college find herself lucky enough to marry an even smarter man who had dropped out of high school and gotten his GED?  How did a girl who had committed herself to Christ at the age of four begin dating a man who, yes, had believed in Christ as his Savior in his young teens, but had spent the majority of his later years living in angry rebellion toward the Lord?”

But you probably still don’t want to hear me talking about ex-boyfriends.  *sigh*  Like I said, neither do I.  But if it makes you feel any better, I can tell you at the offset that the two that I’ll be referencing both ended up dumping me and I haven’t a shred of longing for either of them.  Nope.  I’m a die-hard Brian Spears lover till the day I die.  But sometimes you just have to acknowledge the past because old relationships tend to be remarkable learning experiences.  Right?

I know.  It’s insane.  I mean, with these looks (*wink wink*) and this brain and all my hilarity and spunk, you’d think I was a keeper!

Like it or not, this is my story.  I’m both hesitant and thrilled to share it.  Being just days away from having my son, Bennett, I might not have the peace and quiet (or even the presence of mind) to lay it out like this for the next several years.  But the thing is, it’s a divine story.  And by divine, I mean that for two years the Lord was leaving a trail of breadcrumbs that led to Brian, to aisle five… at, yes, a WalMart. 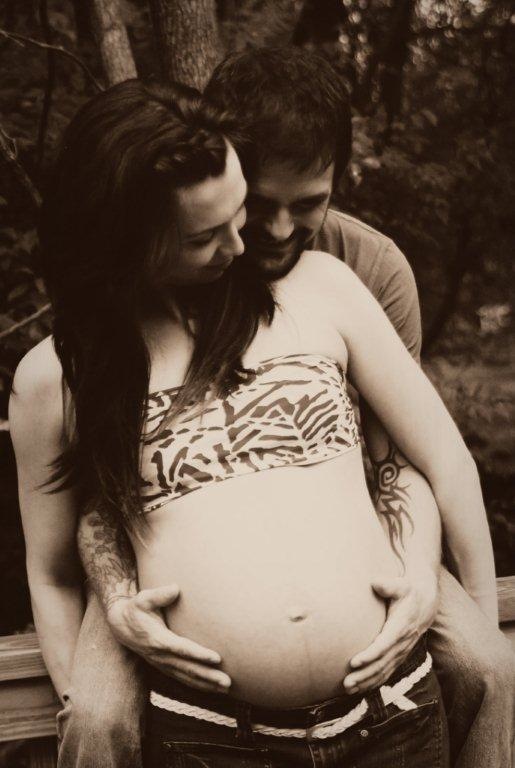