When I posted Nine Month Reflection and ‘Pig’lephants the other day, I received a comment from Karen I. asking, “Sorry if I missed this explanation along the way, but why are you posing him next to the comics each month? Is it to compare size next to something standard, to capture which comics were around at that time, something else? I’m sure you have a fabulous reason!”

She knows me well.  Of COURSE I have a fabulous reason!  What’s life without reasons?!

You nailed it.  I’m posing Bennett next to the Sunday Comics each month in an attempt to chart his growth next to something standard.  It was really a last minute decision on November 28th, the day we took his first of many monthly pictures.  Bennett is also laying on a blanket that his great-great grandmother crocheted.  And while we’ve got three more months to go until he’s one, perhaps you’d like to see the blooper reel from this little routine of ours! 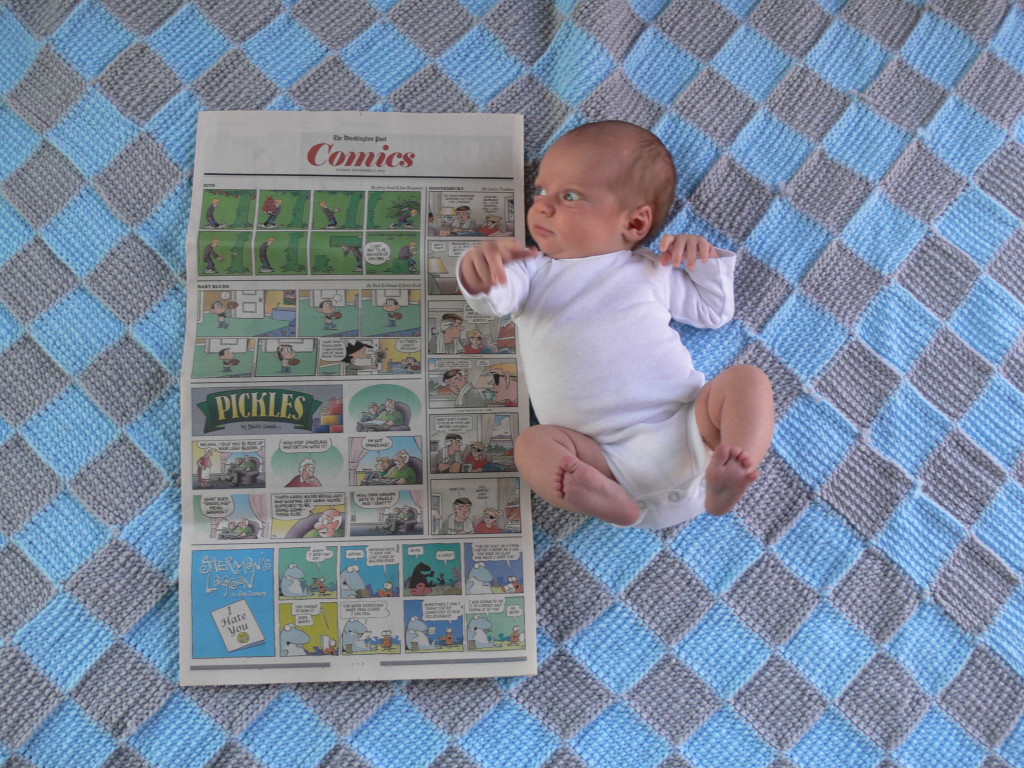 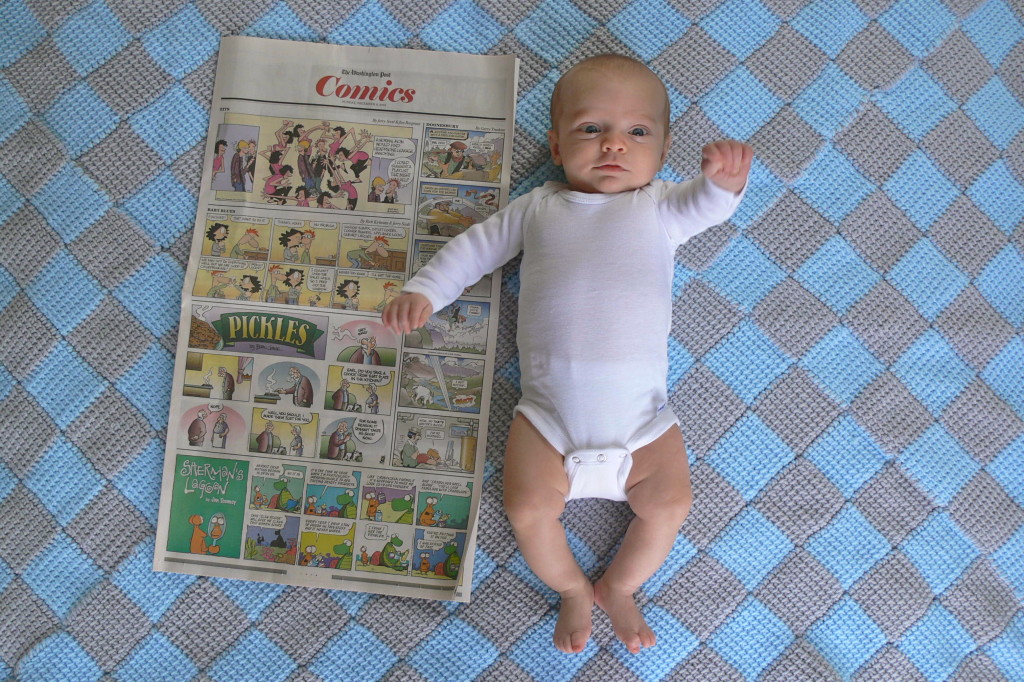 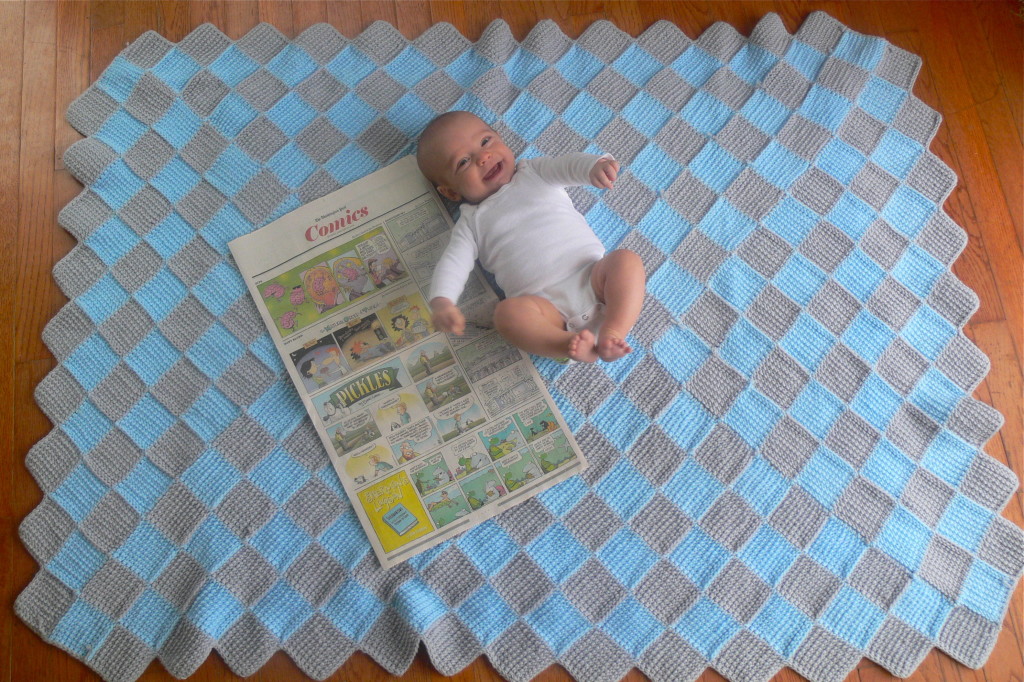 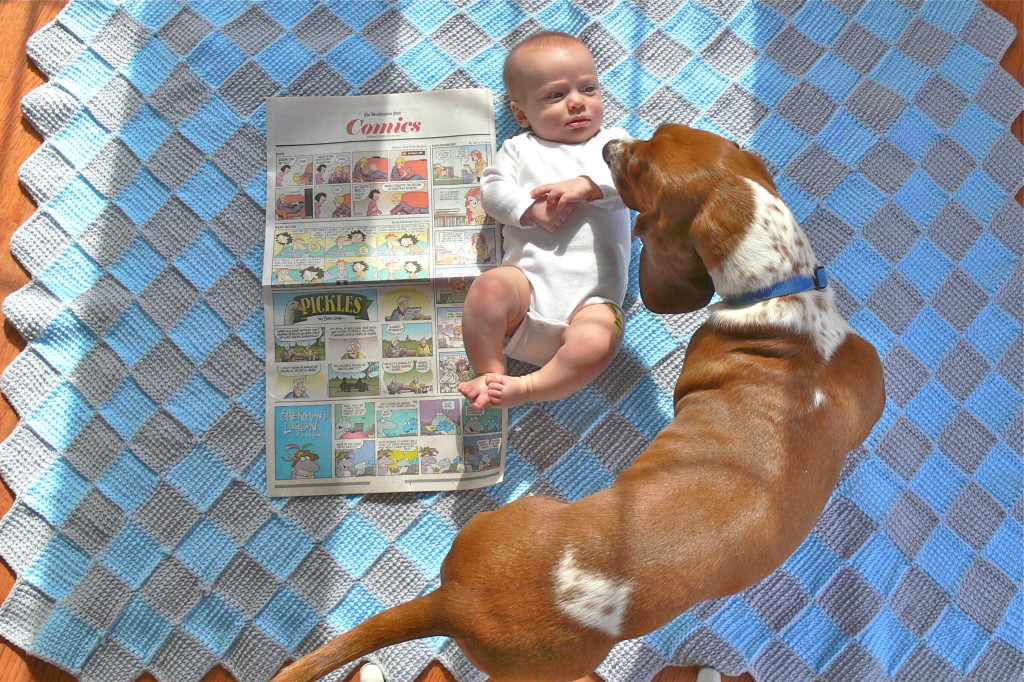 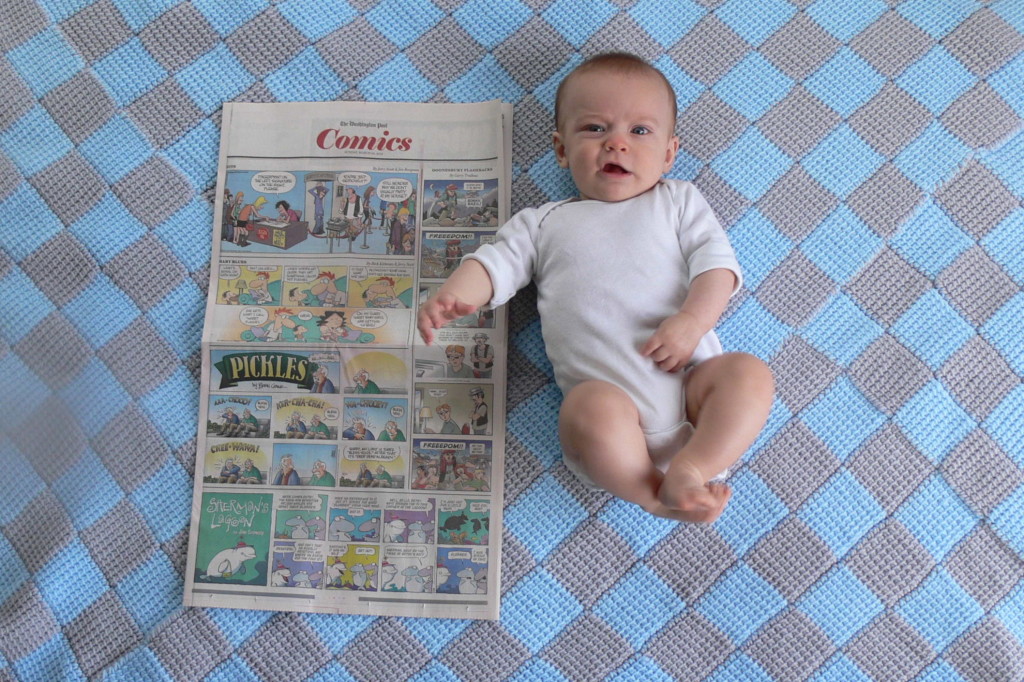 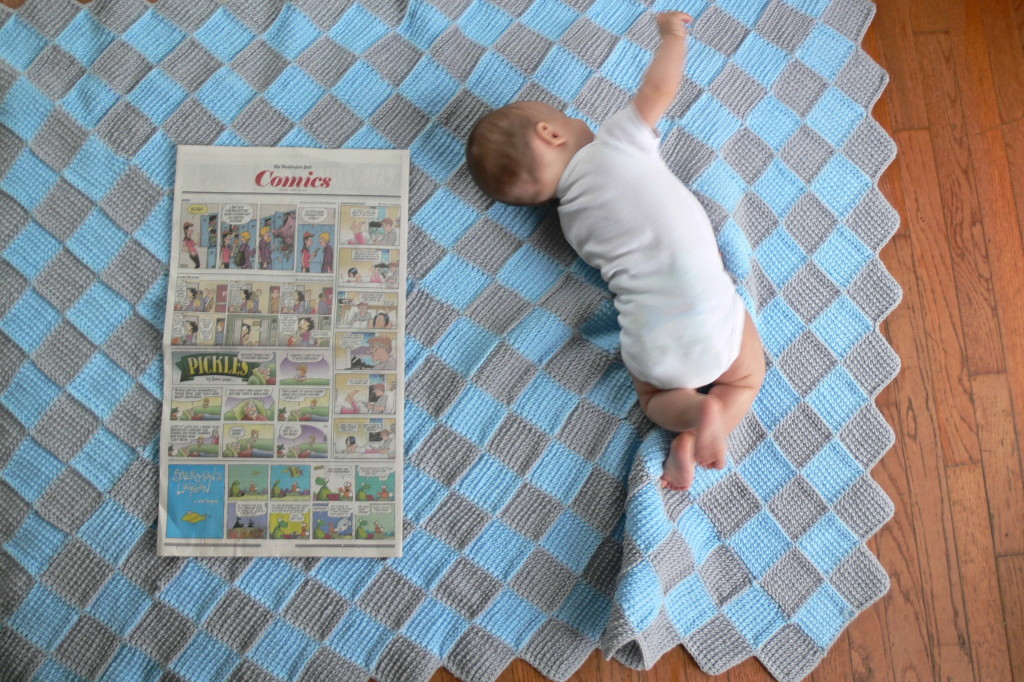 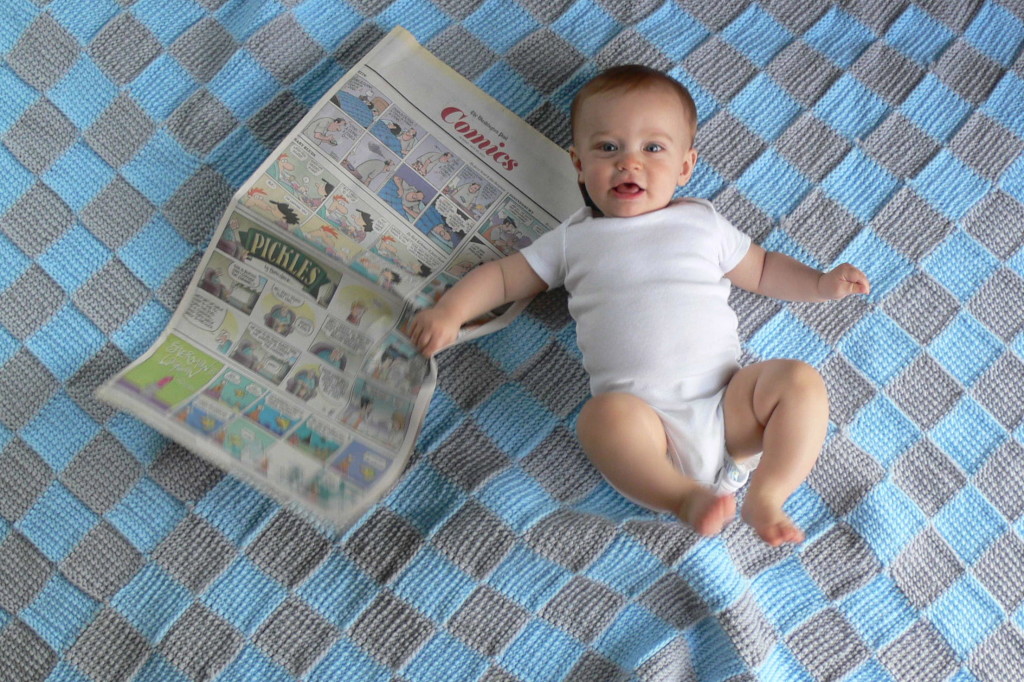 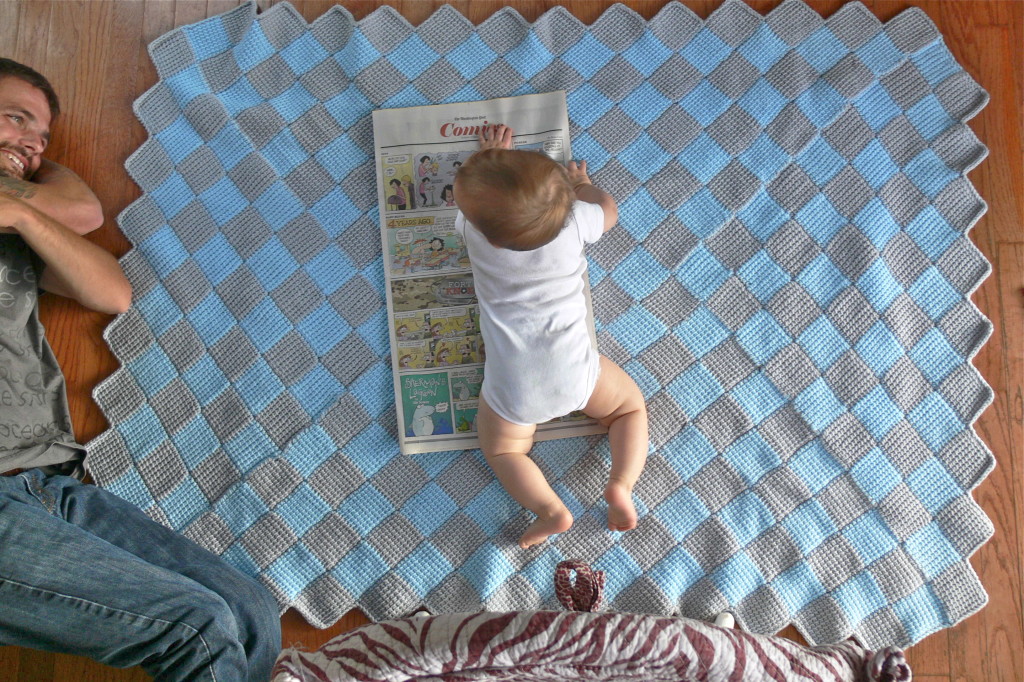 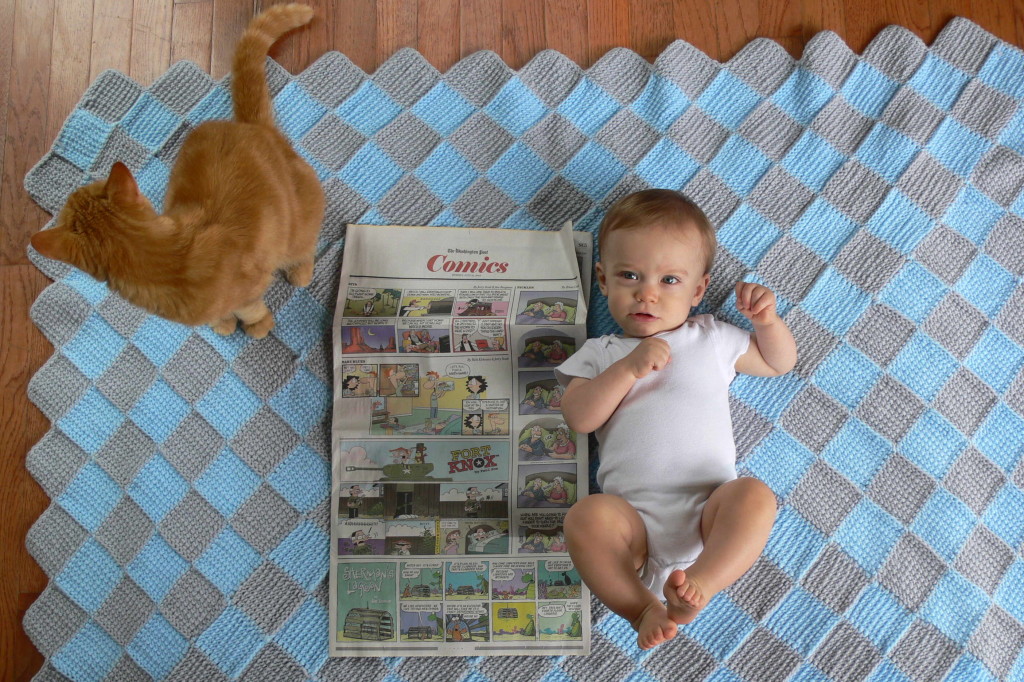 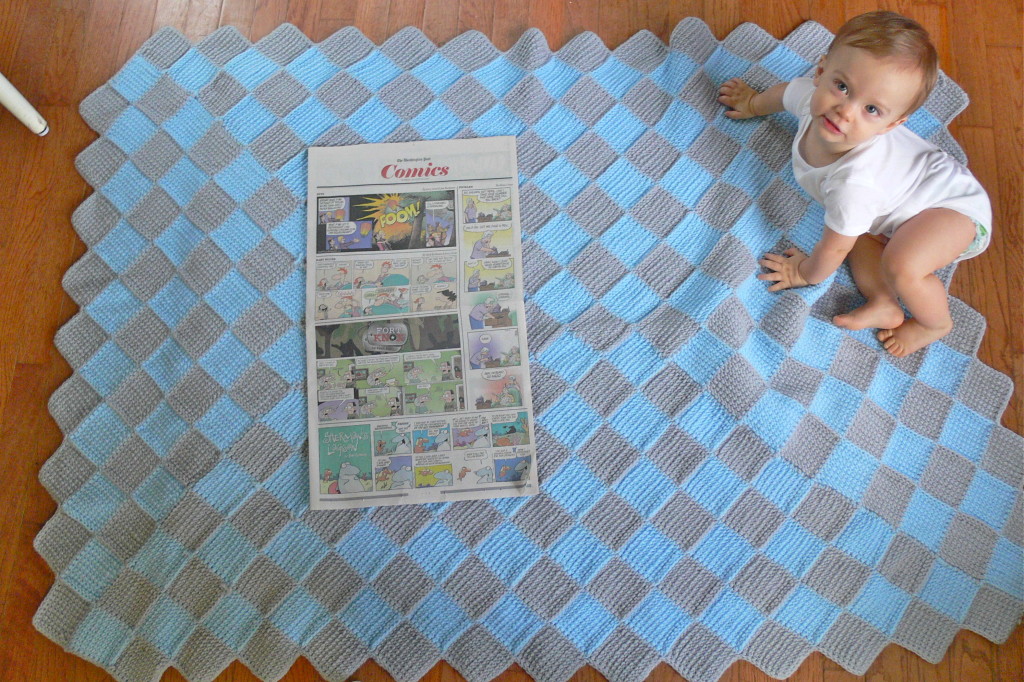 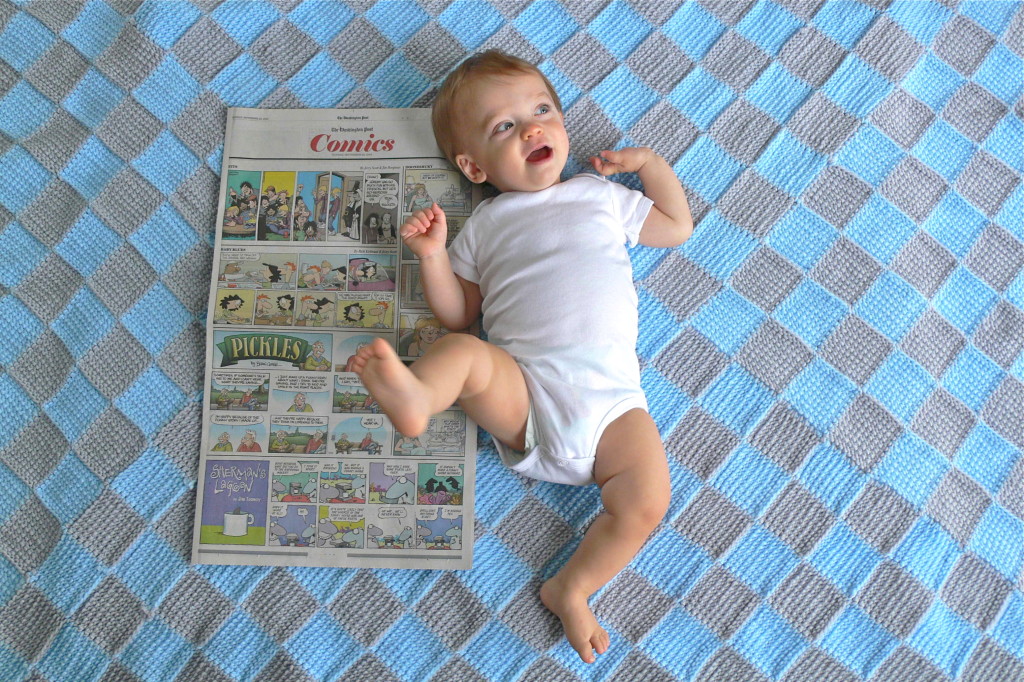 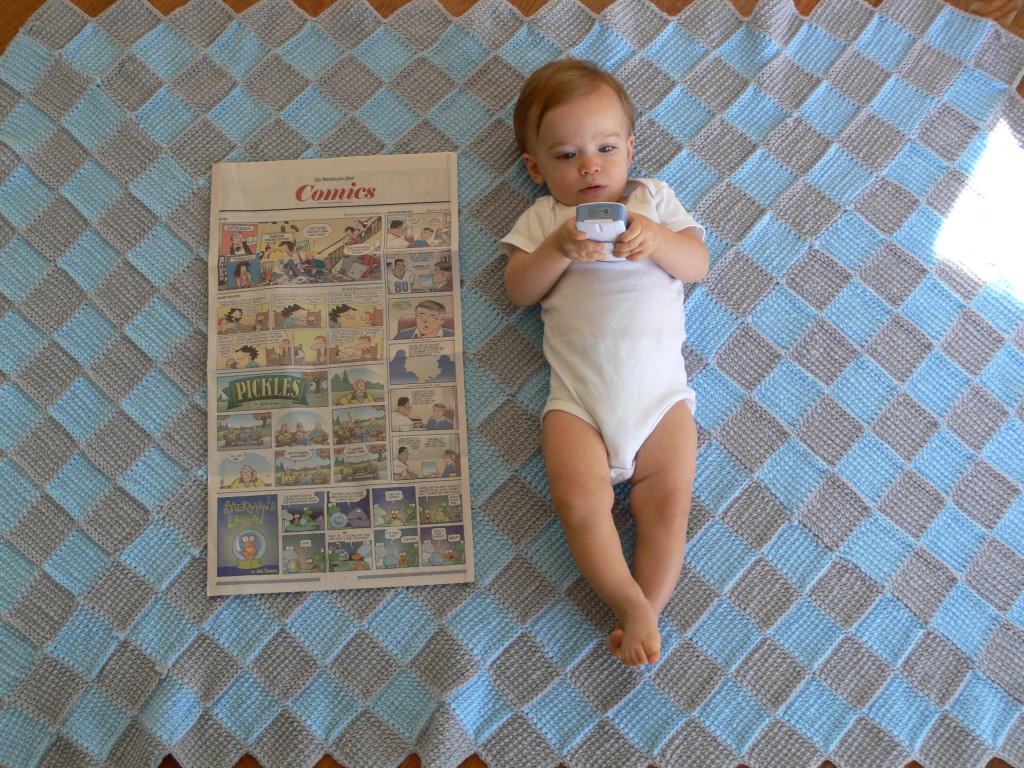