Brian was hesitant to permit today’s blog topic.  The funny thing is that it’s not even about him.  It’s about some of my clients.

Now I’m not here to bum anyone out, but I’d be dishonest if I didn’t at least mention how heavy my heart has been lately on behalf of the White family.  Beth and Henry White have sat in my salon chair for years, as have their two young sons, Hayden and Noah.

Some people might frown on a stylist having favorite clients, but this is one of my favorite families that I have the pleasure of beautifying.  Let’s start with Beth.  She exudes kindness, calmness, thoughtfulness and is one of the most “real” ladies (with stunning red hair) with whom I get to catch up on a regular basis.

Then there’s their sons, Hayden and Noah.  Such. Well. Behaved. Kids.  I shouldn’t be surprised at their behavior considering the quality of parenting under which they’re being raised.

And then there’s Henry.  He has got to be one of the most devoted husbands and loving fathers on whom I work my hair magic!  It’s such a joy to see a man think highly of his wife, speak well of her and also be incredibly attentive to his kids.

Hayden was already a part of their family when I met them.  Then I got to see Beth experience her pregnancy with Noah.  But in 2012?  Her third pregnancy and my pregnancy overlapped!  Their third son, Connor, was born in early July.

Without getting into the details, they discovered that Connor had a brain tumor in mid-December.  In spite of having the best care and undergoing surgery and treatment, he lost his battle with cancer on Sunday, exactly six months old.

It just makes me sick.  Absolutely sick.  When I see pictures of their son, Connor, and see that he had that same baby twinkle in his eye that Bennett has… Oh, man.  To think that they had six months to fall head over heals for him!  And his innocence!  To see the pictures with a tube in his little nose, when the only things touching his face should have been their gentle hands, their soft kisses and the warm, sudsy bubbles from bath time…  Seriously, my stomach hurts.

Yes, I have faith.  Yes, I believe in heaven.  But my heart still breaks.  These are painful goodbyes.

Connor’s memorial service was today and they released balloons in his honor.  The family asked that if friends were unable to attend, they’d release balloons remotely and share the pictures.  Our salon took a few minutes to do this together this afternoon. 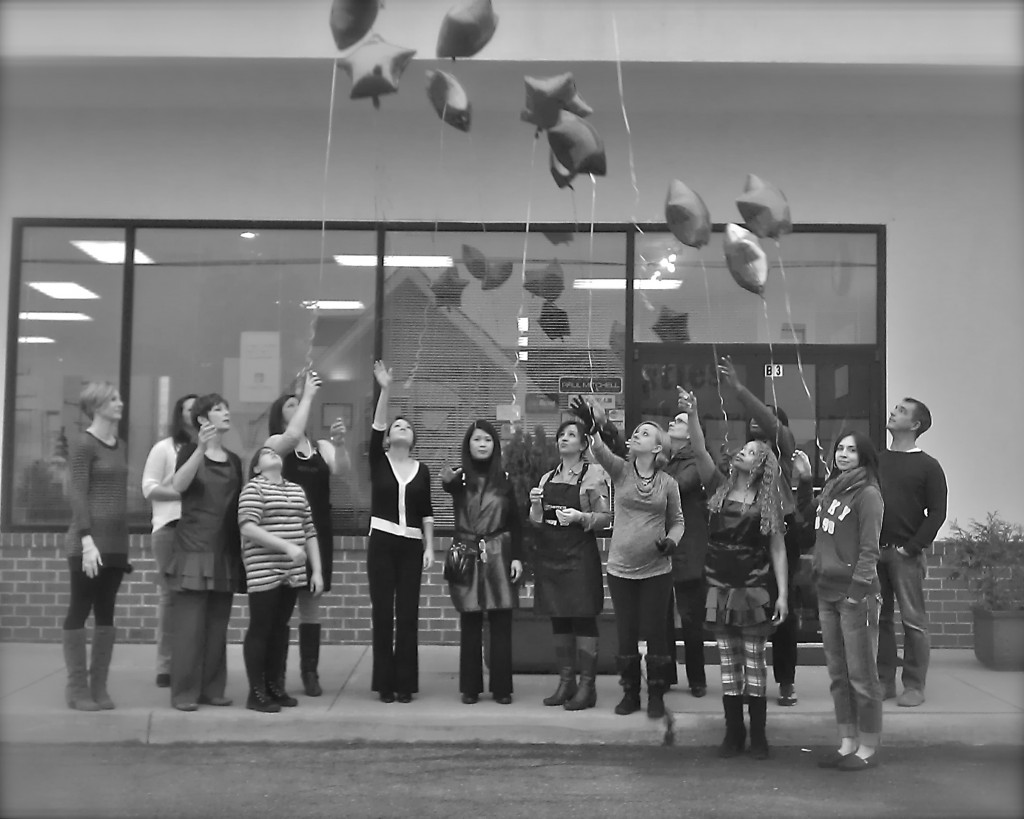 In lieu of flowers, they asked that – if anyone was so moved – people would make a donation to the Connor Cure Cancer fund.  (That site will also link you to his Caring Bridge site where his story is shared.)  The Whites’ biggest wish is that not one more family would have to experience this tragedy.

Wouldn’t that be wonderful?