I’m about to blow your mind.

In scrolling through Pinterest the other day, I discovered a way to navigate around one of my greatest intimidations: dough.  The second that I see ‘yeast’ in a recipe, my eyes glaze over and I move on.

Seems so involved, I think to myself.  Seems like a lot could go wrong.

But guess what.  I made dough…  and it only required TWO INGREDIENTS.

Did you know that self-rising flour and plain Greek yogurt love each other?  And when they love each other, they make dough.  The best part is that the recipe simply requires equal parts of each, so it’s pretty hard to forget.  Half a cup to half a cup, one cup to one cup, etc.  Then knead like crazy.  Of course, I did use some extra flour to keep things from getting too sticky and to dust the counter for ease of rolling.

So here’s the pizza that I assembled last night: 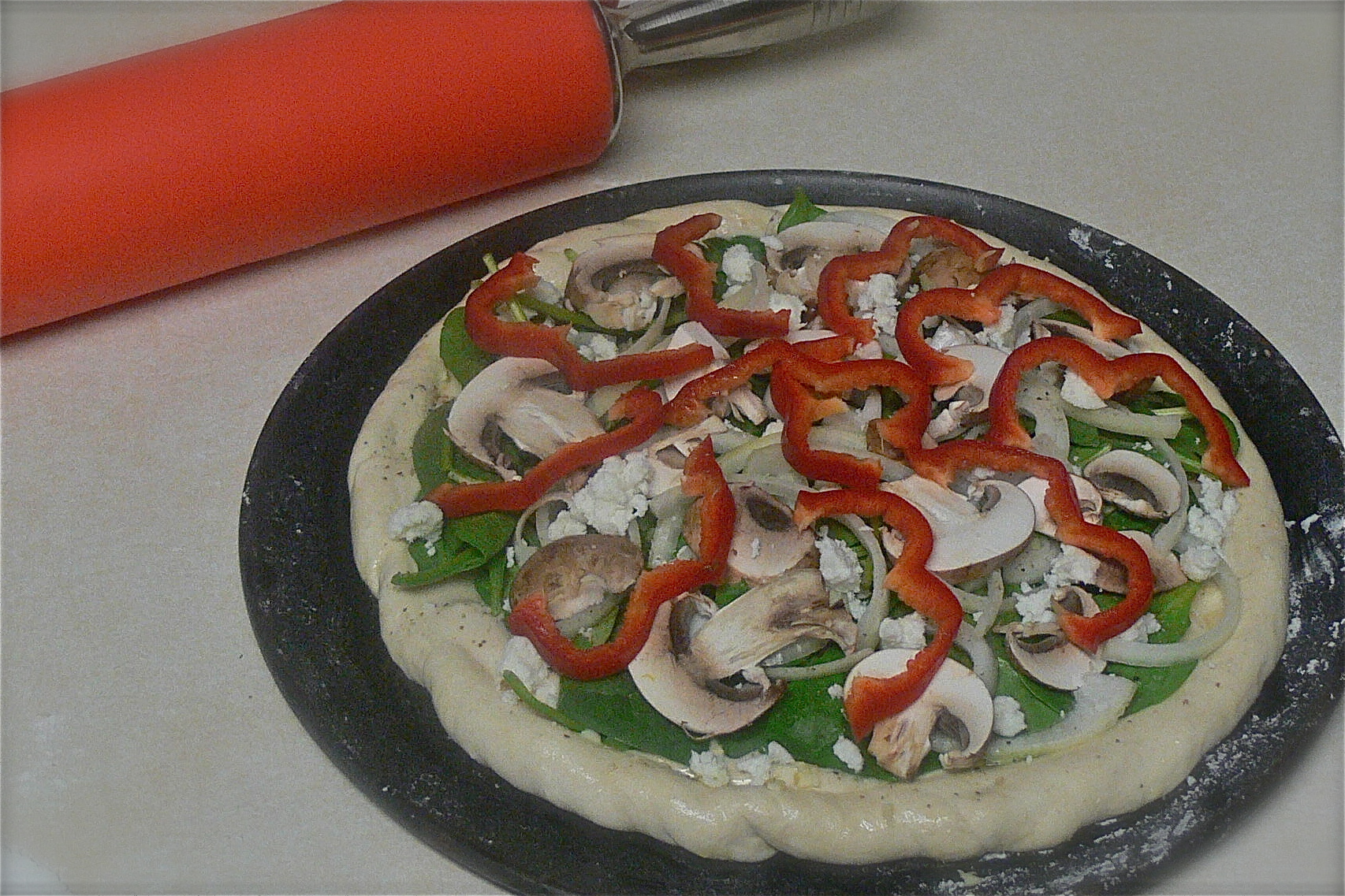 First, I brushed the dough with olive oil.  Then, instead of using a tomato sauce, I used a mushroom alfredo sauce.  Then I topped it with mounds of fresh spinach, onions, goat cheese, salt & pepper, mushrooms and peppers (in that order).

It looked and smelled divine when it came out.  My hopes were high that the crust would indeed be palatable. 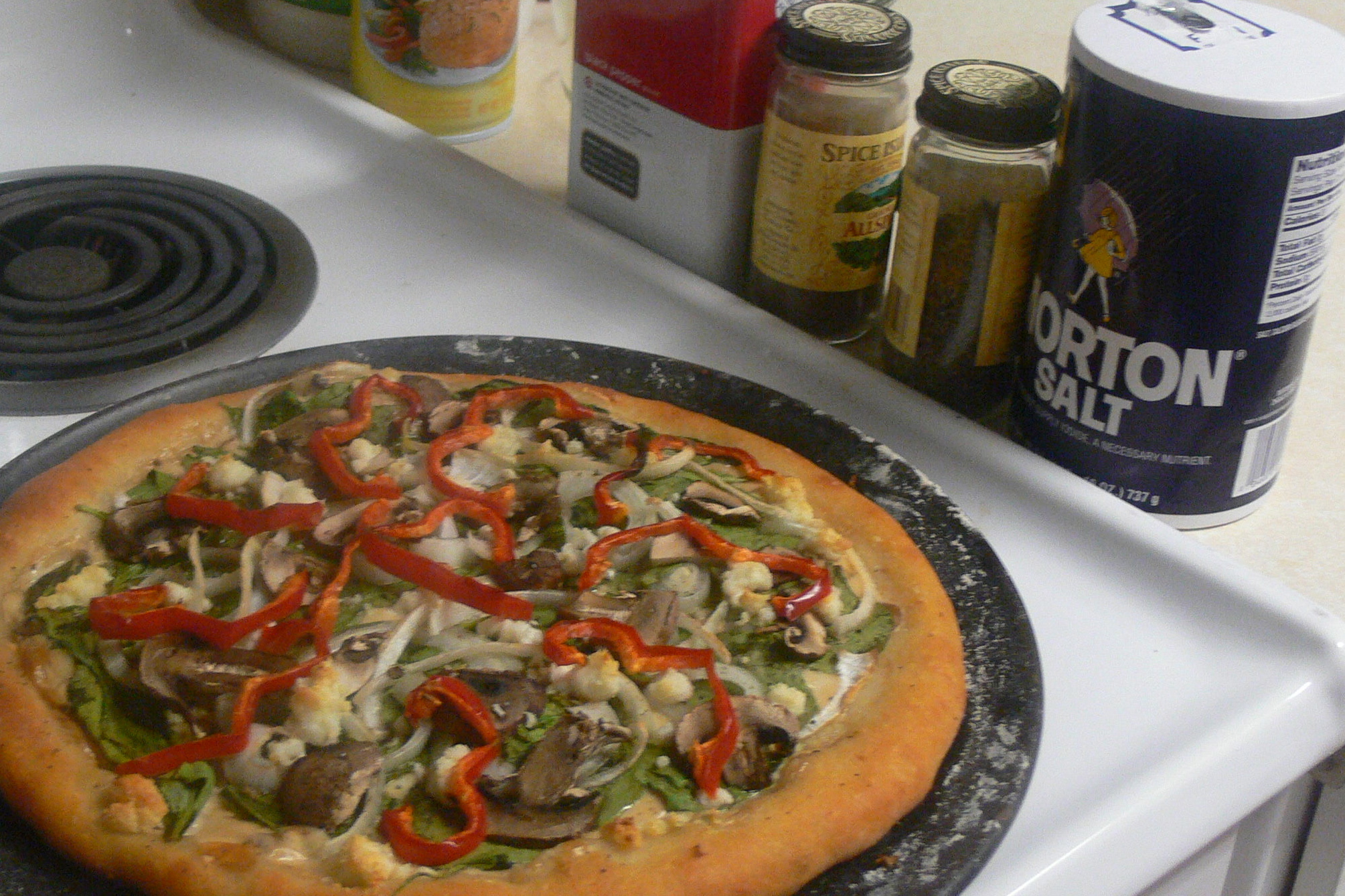 Yes, the crust was delicious and I’m looking forward to making the dough again.  (Just think!  Savory garlic bread… Sweet brown sugar and cinnamon rolls… Possibilities!)  Don’t be too impressed with me though.  Unfortunately I had one problem with the pizza: 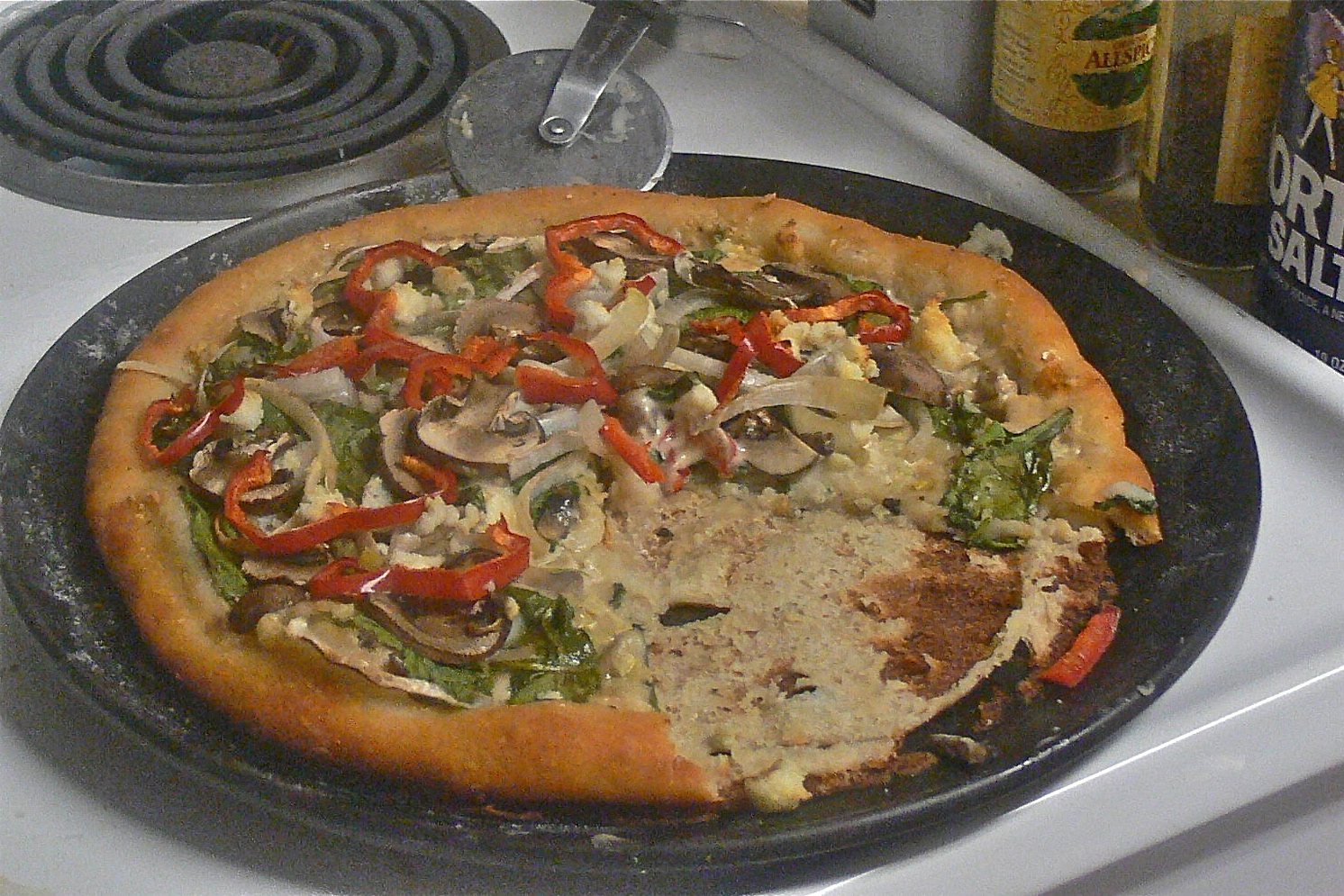 Yeahhhhh.  The pizza was thoroughly stuck to the pan.

Someone please tell me how to avoid this in the future.  I need a sure remedy.  I mean, yes, the dough still felt a touch sticky when I transferred it to the pizza pan.  Is this a dough issue?  A pan issue?  Should I flour the crust more or grease the pan some?  Perhaps I should have cooked at a different temperature or for a different amount of time.  Help!

Regardless of that snafu, are even you a wee bit interested in trying the easiest, two-ingredient dough now?  I promise that it was yummy!