So this eggplant was just sittin’ around taking up space…

And so were some tomatoes…

So what sort of kitchen experiment did these items demand?  Eggplant lasagna, of course. 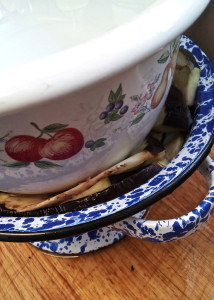 I took some cues from this website, but naturally I had to modify to suit my own purposes.  One bit of advice that I took (which resulted in more prep time) was to salt the eggplant slices, press them, rinse them and roast them all before using them as my lasagna “noodles.”  Apparently those steps help to keep the eggplant from being too bitter. 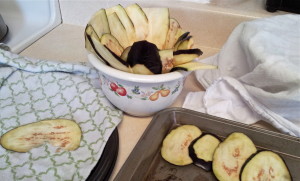 So while all that was going on, I made some ricotta cheese.  Using the hot, separated whey, I soaked some lentils with the brilliant intention of pureeing them into the sauce later.

So the cheese was straining, the eggplant slices were roasting, the lentils were soaking… Then came the sauce.  Did I have canned tomato sauce?  Of course not. 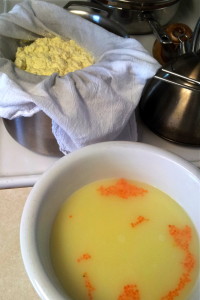 This might be the most “from scratch” recipe I’ve ever made from beginning to end.  Tomatoes were diced, herbs and spices were tossed into the pan in large quantities, a tablespoon of tomato paste was thrown in for good measure and a bit of leftover homemade chicken broth to keep everything from getting too thick.

Eventually the lentils made it into the tomato sauce pan to cook.  Most all of that was quickly pureed in the Vitamix to give it a smooth consistency.  Then back to the pan to cook some more.

Knowing that it wouldn’t get eaten later in the week, the leftover spinach that was sulking in the fridge got tossed into the sauce. 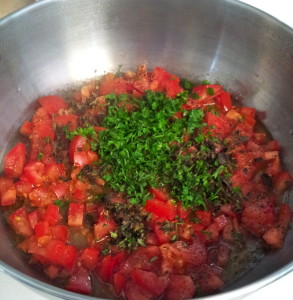 Made the spinach very happy.

Yep.  That’s exactly how it went.

Didn’t have a clue how it’d taste and I knew it wasn’t even worth bothering to ask Brian to try a bite as eggplant is one of his greater, imaginary dislikes.

The lasagna baked in the oven for a total of an hour (making this a three hour project).  Spent some time on the deck with Bennett in his pool while the lasagna got all gooey and perfect.  (Though I’m pretty sure Bennett and I only lasted about seven minutes outside.  Once he tipped over, it was all downhill from there.) 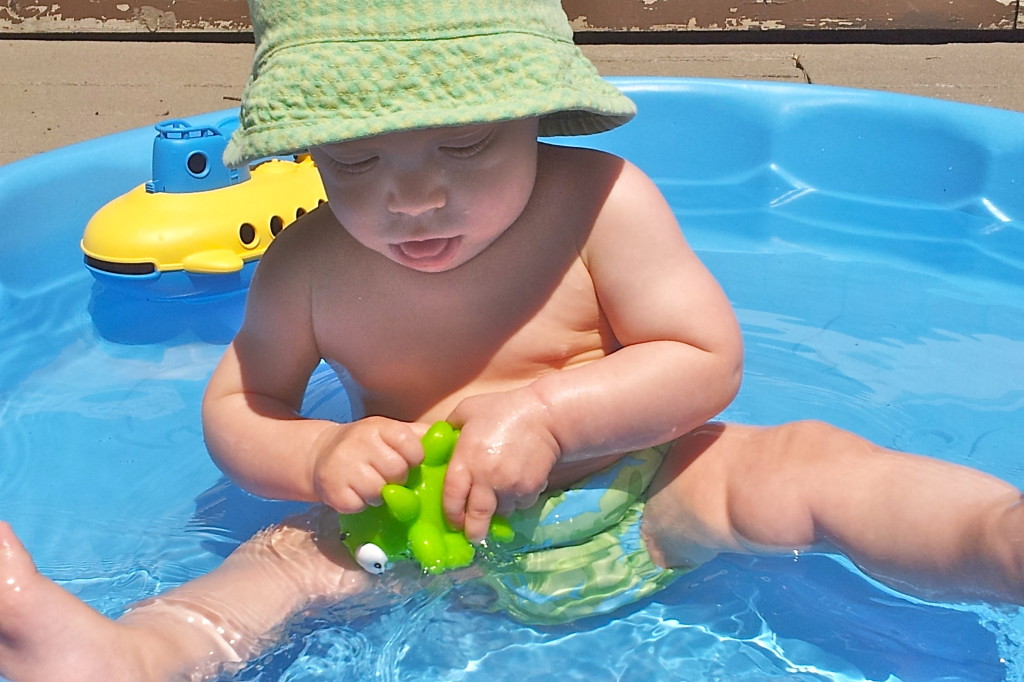 Once my experiment made it out of the oven and safely onto my plate, I was so pleased that this wasn’t all a huge waste of time.  Quite tasty indeed!  I immediately called the next door neighbors who had just had a baby and offered to bring them lunch.  (I certainly wasn’t gonna get their hopes up before doing the quality-control taste test!) 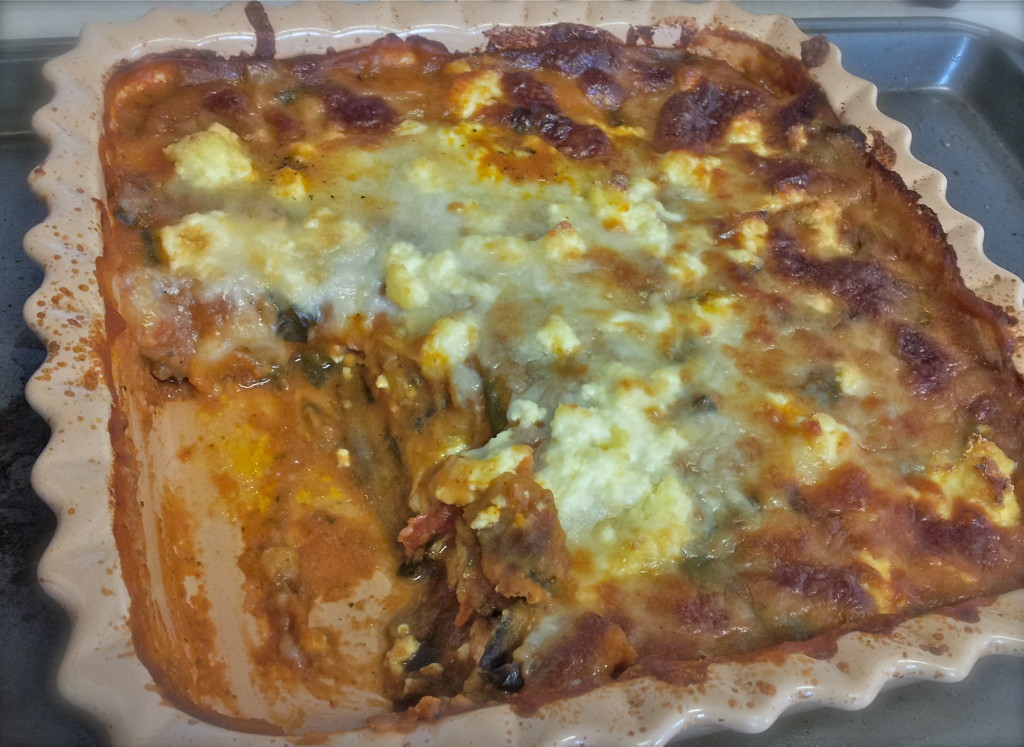 Will I ever make this again?  Who knows?  It’s hard to make the same thing twice when you don’t really follow a strict recipe.  It DID ALL get eaten (made great leftovers at work) and I DID learn a lot, but I’m sure I’ll put a new spin on it next time.  Got any ideas for me?