So it seems that the babe’s intermittent lazy eye isn’t especially troubling according to the doctor that we saw yesterday.  Every test proved that both eyes have strength of focus and are in no need of prescriptions.

Ultimately, I did confess that I had taken eye-patching matters into my own hands.  After receiving a brief snort-chuckle from the doc, he did confirm that my methods hadn’t botched anything.  Personally, being that it’s only been a couple of weeks, the fact that I’m noticing fewer and fewer instances of Bennett’s wandering eye, I really think that that patching had a lot to do with him having such a good appointment. 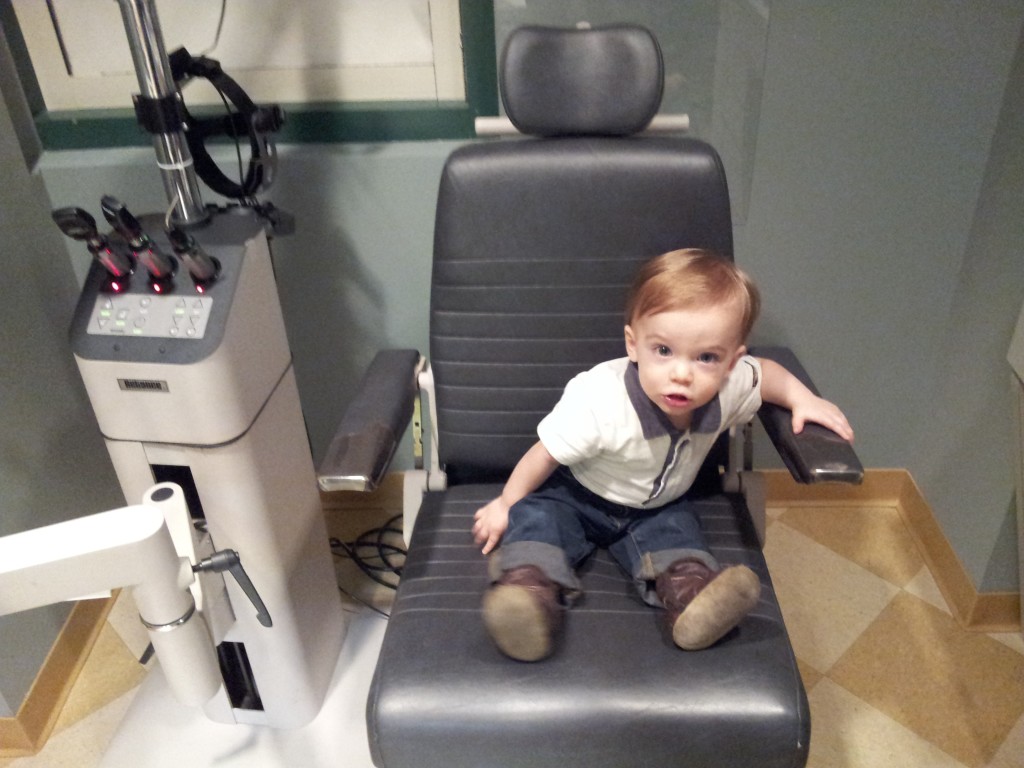 Next check up will be in six months!  Business as usual!