Several years ago, I got caught up in a post-Christmas, candy cane frenzy at Khols.  For nearly next to nothing, I was able to purchase the most beautiful stationary, complete with candy cane frills.  The following year, after sending out all of my Christmas letters, it occurred to me that I still had enough stationary (and accompanying cards) to last me at least another decade.  I hoped that people wouldn’t mind being send the same card year in and year out (and would they even notice?).

But now that we’ve got Bennett, naturally I want to send those beautiful family photo cards.  It seems that my Khol’s stationary might not get used up until I’m well into my seventies.

While I have an instinct to scroll through Pinterest and find all of the most adorable ways to take a family photo, this year I’m just relieved that the three of us managed to show up at the same time, decently dressed and with pleasant expressions.

Excuse me while I lower my standards…

While, yes, I had a lovely Thanksgiving, the behind-the-scenes drama needs a little recap:

Square Piece was highly annoyed, pursing her lips in silence as she drove down the road towards turkey, stuffing and thankfulness. 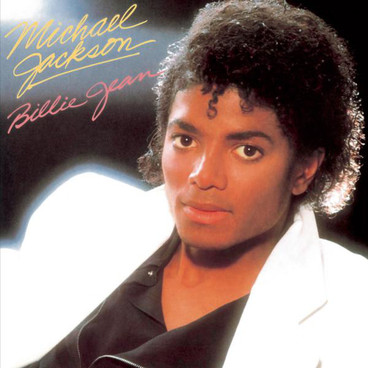 It wasn’t until later that day that I looked in the mirror and was ever so relieved that we hadn’t taken that photo.  Wearing my hair all wavy & curly, with the sides snuggly pinned back, it occurred to me that I looked like I had a Michael-Jackson-Billy-Jean-Curly-Mullet-With-Curly-Bangs.

So this past Saturday night was the church staff Christmas party.  Once again, the three of us were presentable.  We headed over to our associate pastor’s house with the cheese slices, the grapes, the mixed six pack of beer and my homemade mashed potatoes.  Before the festivities were too well under way, I asked a friend to sneak into the living room with us and snap a picture.

Now, there’s nothing wrong with this picture.  It’s just, well, the backdrop of their home is so much nicer than mine, so much cleaner, so much fancier, better floors, better furniture…  Now I just feel like a fraud!  I feel like, “Merry Christmas!  Here’s a happy picture of us in our wealthier friends’ home!”  Kinda weird.  But it beats the mullet. 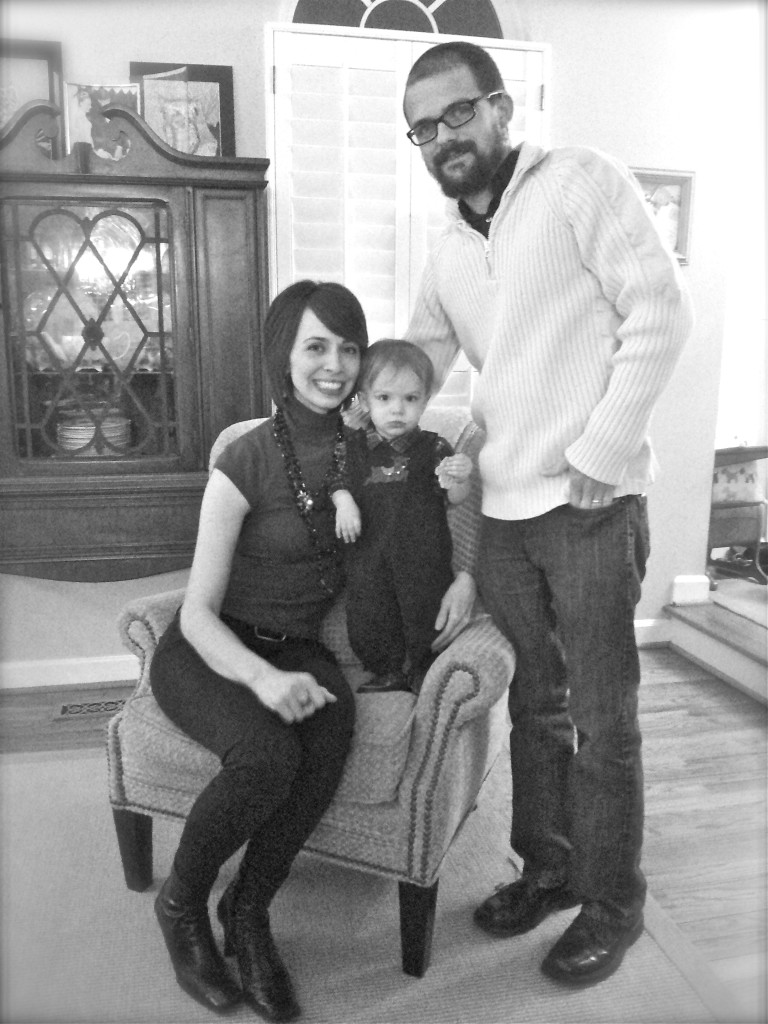 Yes, Bennett is holding a cracker and, yes, this was taken with a phone, but it was the best we could do!

Otherwise, I was just stuck with this one: 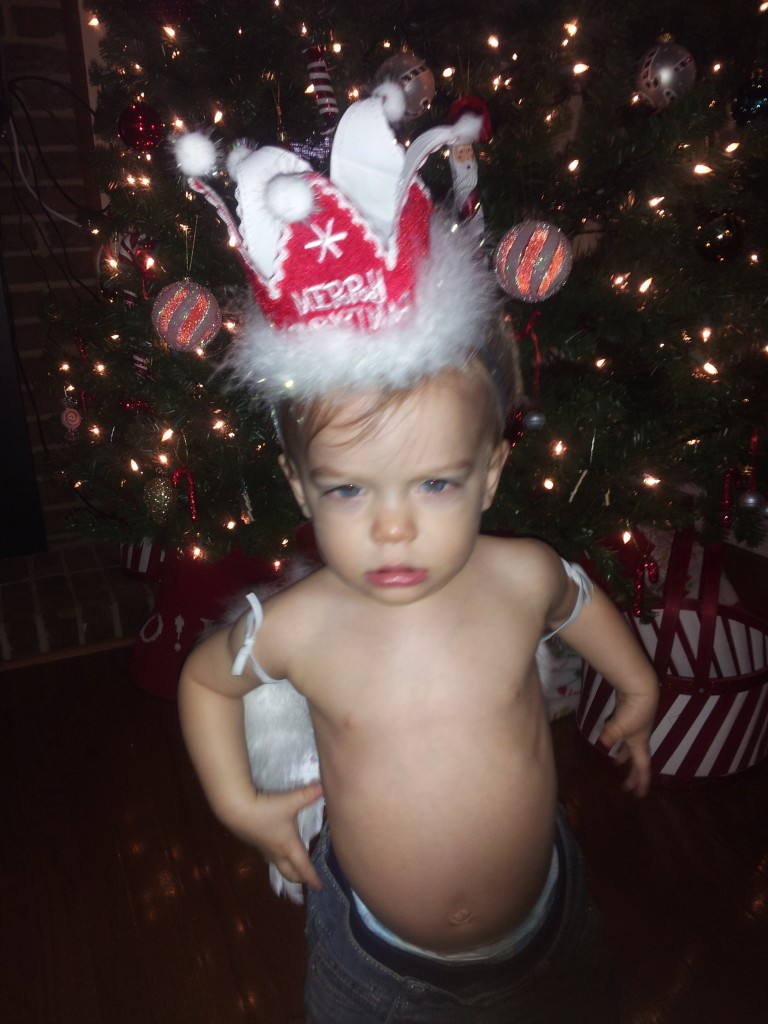 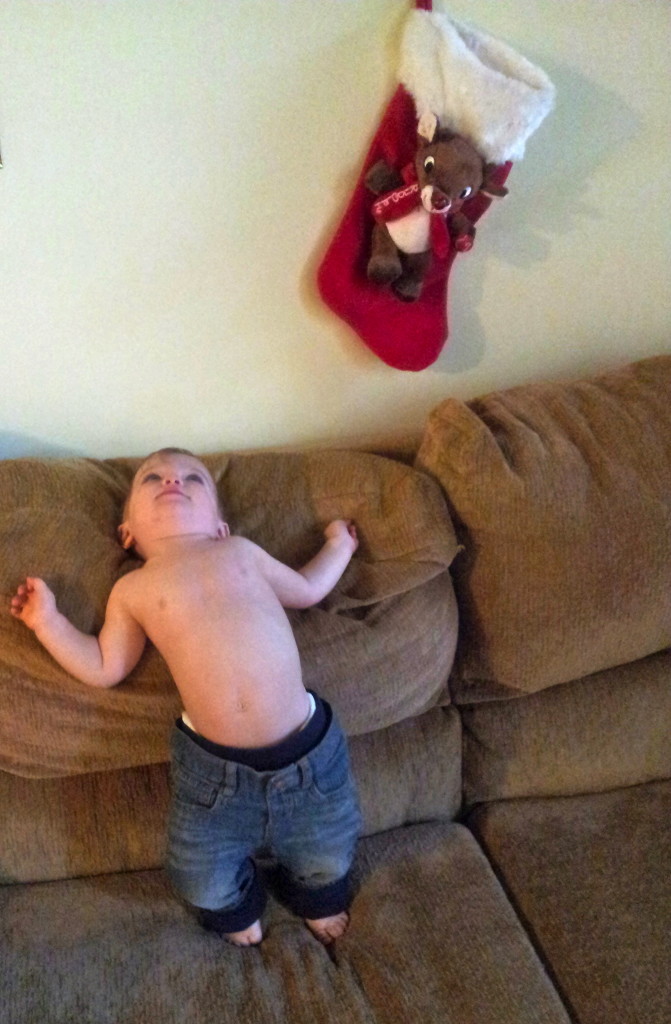 Not the worst alternatives…