Well, much in the way that we all long to hear a “nice” story on the news every now and again (as opposed to the more sensational, terrifying news clips), I’ve got “nice” church gossip to share today.

You see, I go to Guilford Baptist Church.

(I feel the need to clarify that I don’t go because it’s a Baptist church, but because the Bible is taught excellently.  First, I was raised Catholic, even went through confirmation.  When my dad split, we settled into a Pentecostal church, quite the turnaround!  We bounced around… Methodist, Independent, etc.  I’m a “mutt” of denominations, if you will.  What matters to me is that the Gospel is preached with integrity, clear evidence of research, and that I’m not being sweet-talked, but challenged.  This is where I’ve happened to have landed.)

Okay.  Well, we have this adorable, old white church building, steeple and all.  The problem is that we’re too big for our britches and don’t fit in it anymore  (a good problem to have).  We’ve been a portable church for a few years, first at a middle school and now at a high school.  I kinda liked the idea of our rent going to help the local public school systems.  And while that’s a nice element to our portability, there are a lot of downfalls.  For instance, my social butterfly of a husband leaves for church at least two hours early and doesn’t get home until two hours after the service because he’s so busy setting up and tearing down the signs, carts, tables, sound/electric, etc.  For the first time ever, lately new faces have slipped in without Brian getting the opportunity to introduce himself.  This. Will. Not. Do.

Well, fast forward to the present and operate under the understanding that there’s been a lot of prayer behind this.

There’s a church in the area, Sterling Park Baptist Church.  The congregation has dwindled, primarily leaving behind a handful of elderly.  Financially, they can’t afford to stay afloat.  But – get this – they have a big church building.

Do you see the equal and opposite dilemmas?  Do you see how this puzzles together so nicely?

Well, in a world where people who claim to follow Christ don’t seem to walk the walk, and in a world where Jesus’ name is smeared by the hypocrisy of divisive Christians, I’m incredibly pleased to share that the congregations of BOTH churches have unanimously agreed to COME TOGETHER, merging, to come along side one another and share our strengths, supporting each other where it’s needed the most.

Soon our services will be held at Sterling Park Baptist Church and my husband will get to invest himself in the love of others once again.  Isn’t it cool the way that God provided a building without the typical end result of millions of dollars of debt? 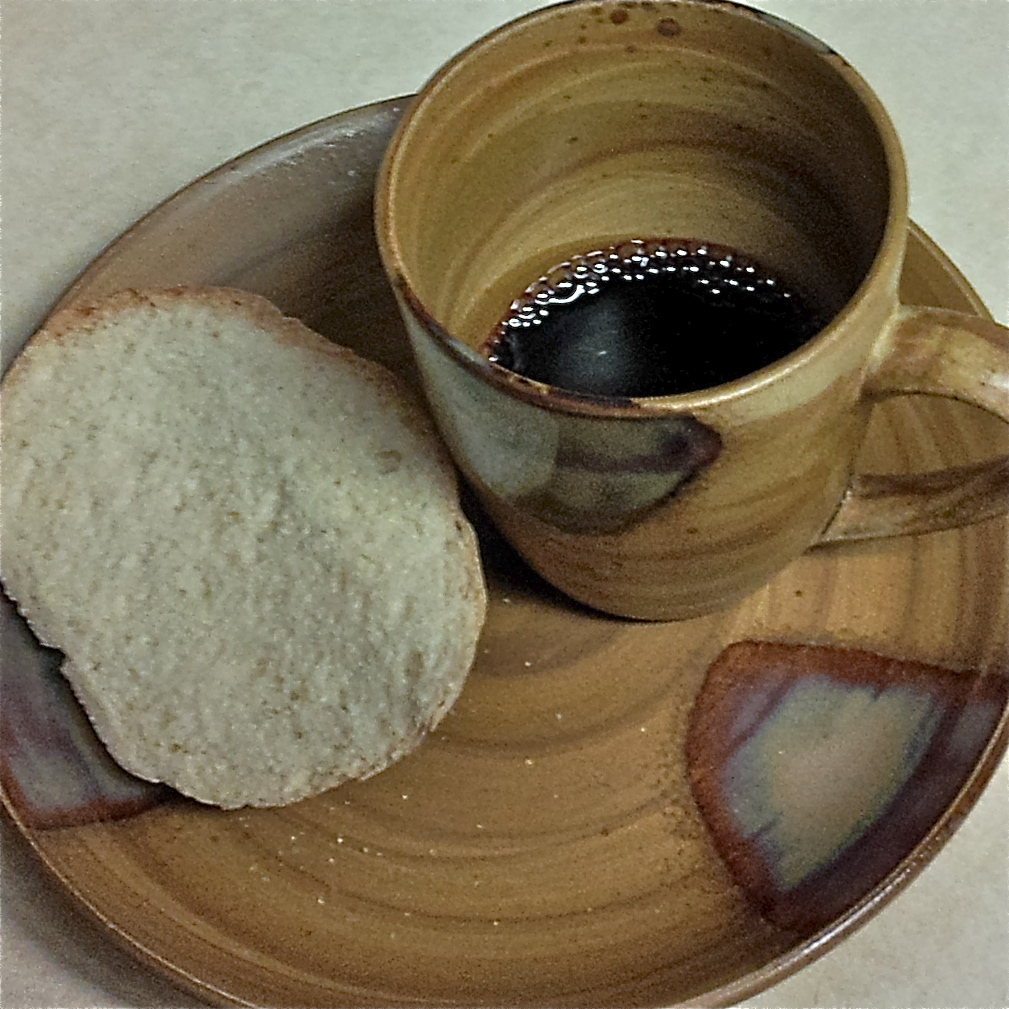 Yesterday evening was the first time that both congregations held one service in SPBC’s building.  (There’ve been potlucks and both pastors have swapped opportunities to preach to each other’s congregations.)  Being the first Sunday of the month, communion was served last night.  I had hoped to participate, excited to feel the joy that would certainly be snap-crackle-and-popping all over the place.  Alas, baby issues kept me at home.  So later that night, I poured myself a little red wine and pulled out a bit of bread and quietly had communion on the couch in the living room.

I prayed.  There was much to say.  Primarily, there was the matter of asking for forgiveness for my attitude as of late.  I’ve been bossy, irritable, discouraging, the list goes on… (of course, these things are meant to be suppressed and avoided on Square Piece because this is a happy place).  Then I took a bit of time to think on the symbolism of the bread and wine, the “body and blood” of Christ.  Thankful, thankful, thankful.  The revelation that hit me the most was this: