After scouring the depths of Pinterest, I’ve decided to make some form of green eggs for Bennett’s breakfast tomorrow.  Being that I bought a HUGE bag of kale to make the Apple and Kale Cake I mentioned the other day, now I’ve got to get creative and use up the rest!

Waste not, want not.

The cake was a smashing hit and get’s an A+ for flavor.  Its color, on the other hand, probably could have been better if I had pureed the kale into finer bits.

This weekend I’ve been in a funk.  It took 1) dinner at Chipotle, 2) extensive housecleaning and 3) Brian telling me that he once ran 12 miles to pull me back out of said funk.  (He swears it’s true.  *snort*)

Before the snow arrived, I also spent some time cleaning up the back yard, poop scooping, gathering stray sticks, etc.  It’s such a goldmine for playtime and imagination, I’ve got to get better at maintaining our land!

This morning was my last Sunday morning on nursery duty for a while (we go in shifts).  I tell ya, taking care of that many toddlers can sometimes feel like herding cats.  Oh wow.  But they’re so sweet.  Bennett usually does so well in the church nursery, but it’s hard for him when I’m THERE and he’s watching his mommy holding other babies.  (Jealous much?  Yeah.) 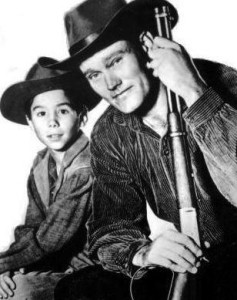 I planned on seeing my Which Doctor tomorrow morning for a regular checkup.  We shall see if the plan is diverted by snowy roads.  Next weekend marks my first time back at the Chicago hair show since I found out that I was pregnant two years ago.  I have a sneaky feeling I’ll be able to pay better attention this time around!

Okay, Brian’s been recording old episodes of The Rifleman starring Chuck Conners.  It’s black, white and – wowzers – was he ever so dashing!  Not to mention, the stories are interesting while the show itself is decent.  Good TV all around.

Here’s the babe at the library: 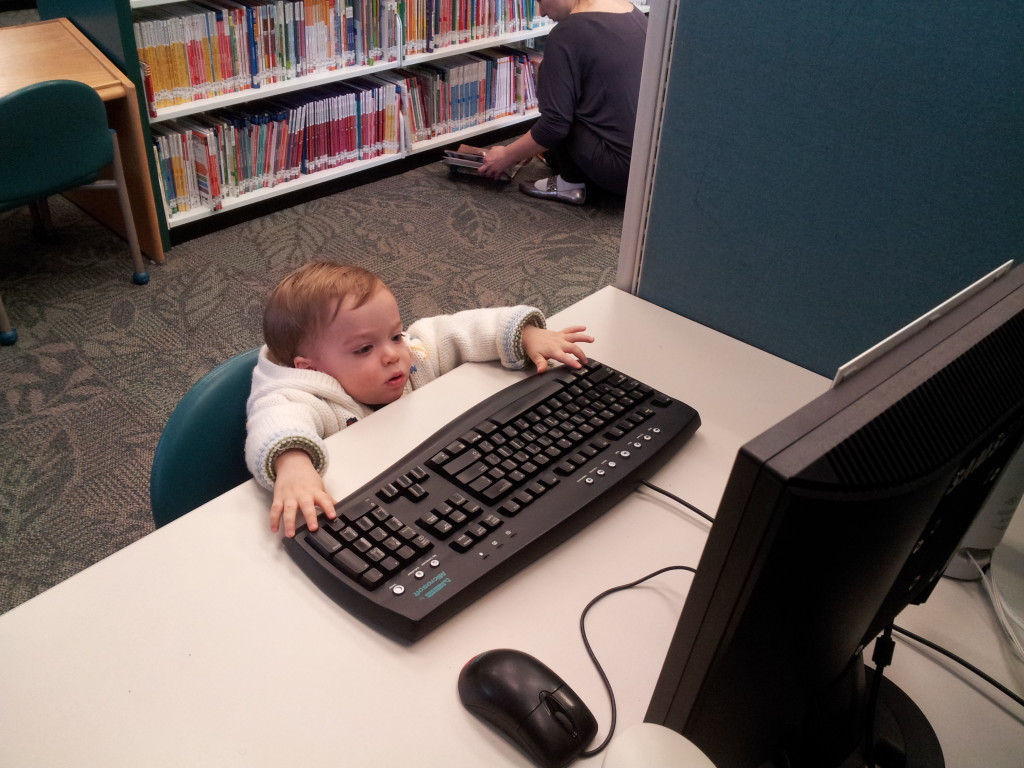 “What?  There’s books here?  But what about the computer!?”

And here’s a shot of that seventh tooth making an entrance into our lives: 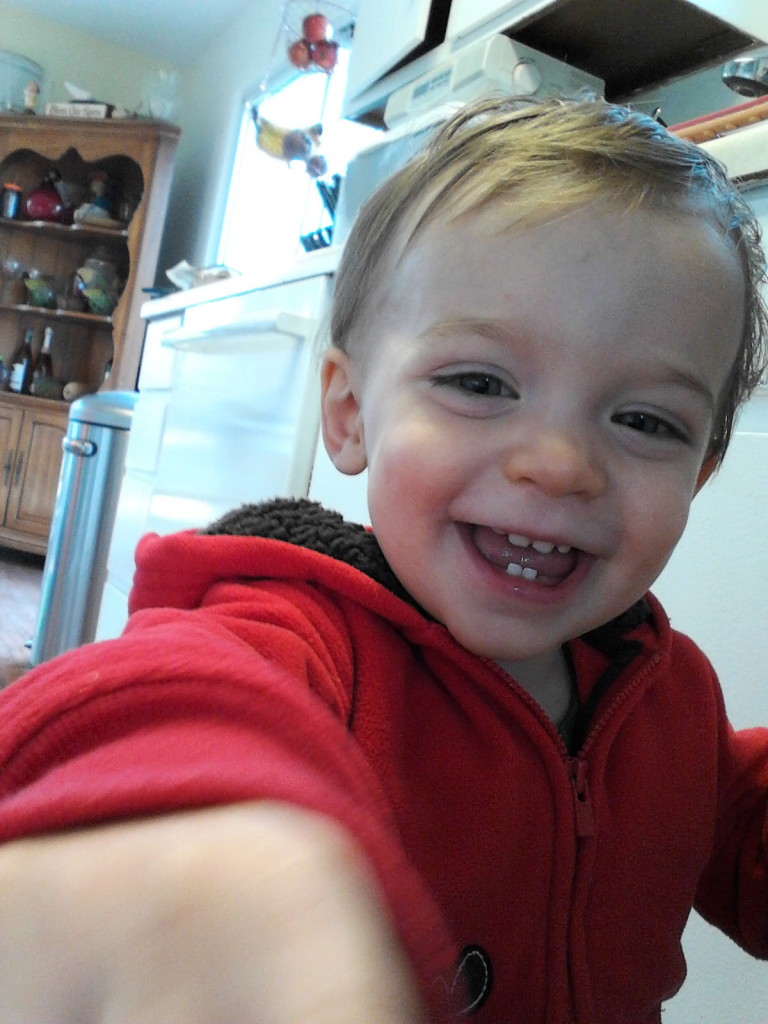 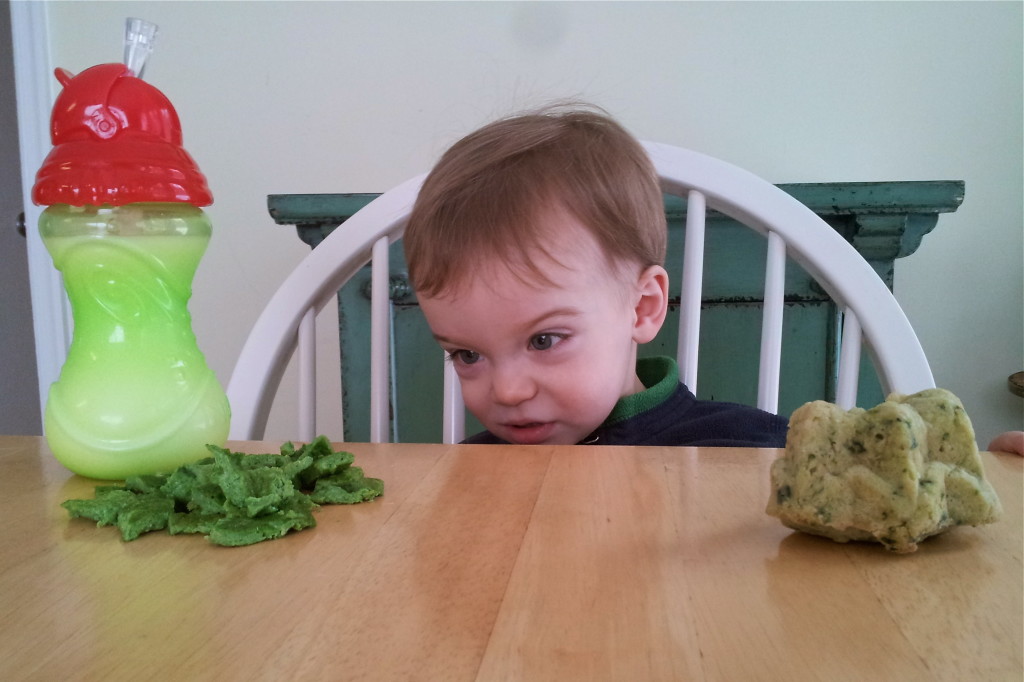