Physical: Brian and I would have spent a few days with his family at the beach this week.  Alas, timing and schedules didn’t end up working out, so I had a 5 day “stay-cation” instead.  This chick is NOT complaining.  Deep, down inside, Square Piece is such a homebody.  I made tortellini, jello, and experimented with a new Asian-style soup.  I purged the nursery of adult, office-y stuff, took two gigantic bags to Goodwill, turned our entryway into the office, rearranged every cabinet in the kitchen, found a new place to hang my ironing board, rearranged the living room, went grocery shopping (saved 45%), kept up with laundry and dishes, and took Esther on multiple walks.

Some of the madness of the kitchen rearranging (note the oven for later): 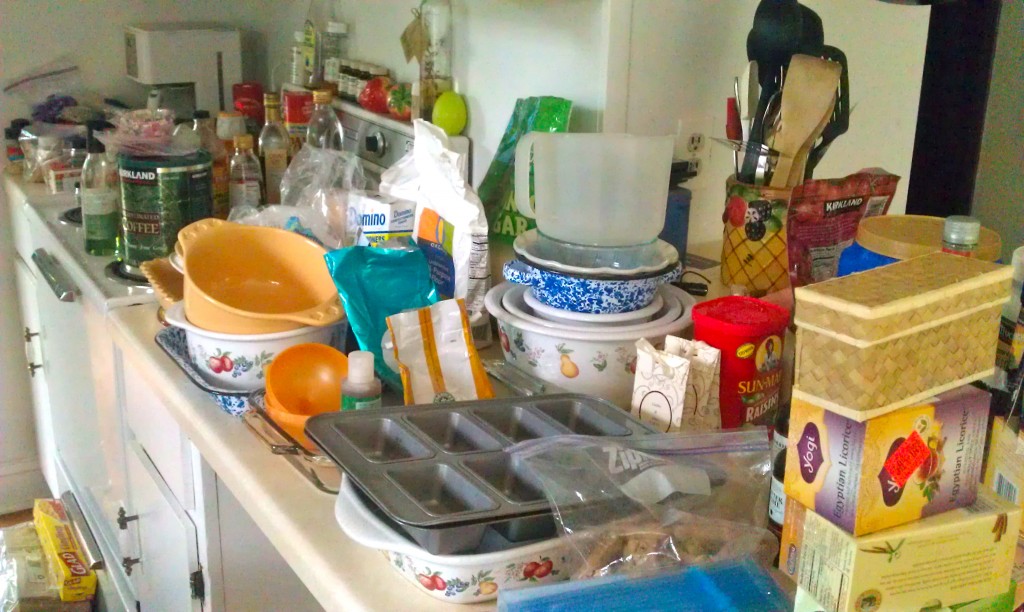 I’m hesitant to classify this as the “nesting” stage just yet.  Apparently while that’s more urgent and frantic, I could quite comfortably stop everything that I was doing to play Scramble on my phone.

Brian was also a gem and had our new microwave installed over the oven.  (This involved ripping apart cabinets, calling for the help of a friend, raising and reattaching cabinets.)  Yay!  Now I have more counter space!  While I don’t know exactly how Bennett will benefit from that extra room, I felt an unusual compulsion to make that happen for the changes that are coming.  (Note the agave nectar for later.) 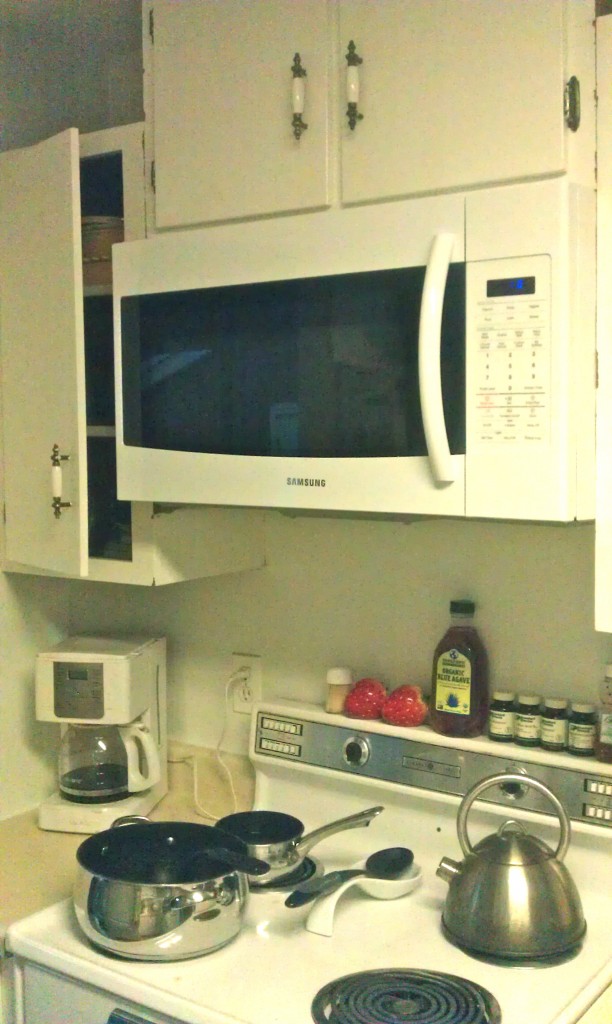 The Bible has a lot to say about honorable women, wives and mothers.  I’ve been looking into that and praying for wisdom as my role is about to increase.

Mental: While I was boiling hot dogs last night (another serious craving of mine), it occurred to me that Bennett is going to grow up thinking that the life we give him is how the world works in every other home, too.  He’s going to think that everyone boils their hotdogs and will be shocked to realize one day that some people only grill their hot dogs.

When I was a little girl, I remember a classmate spending time at my house and her laughing hysterically at the fact that I drank the melted ice-cream out of my bowl.  Doesn’t everyone drink the runny remains out of their bowl?  Why would you leave that?  It’s so much easier than using a spoon.

Bennett is also going to believe that the only way to blow your hair dry is to stand on one leg.  He’ll have never seen it any other way.

I remember the way that my mom used to make us vegetables.  While this isn’t her practice now, she almost always used canned vegetables complete with generous quantities of butter.  It wasn’t until I was in middle or high school spending the night with a friend that I learned that vegetables have distinct flavors (and none of them actually taste like butter)!  Up until that point, from my understanding, butter was the flavor of green beens.

If I’m being completely honest, now that Mother’s Day has passed and Father’s Day is upon us, the weight of a certain realization has been heavy on my heart.  This one might be a slightly lengthier explanation, so I’m going to gather my thoughts and expound on this tomorrow.