Well, I can’t get that chant out of my head ’cause this momma is blazing a mental attack against illness.

Okay, let’s break this down, shall we?

The week before Christmas, Brian and I went to Old Town Alexandria for a getaway with Bennett.  We noticed something near his anus that felt like a hard pea under the surface.  (First – and hopefully the last – time I’ve needed to use the word “anus” on Square Piece.)  We kept a careful eye on this and it seemed to soften in a couple days.

Then we had Christmas.  Brian and I went to four Christmas get-togethers in under 24 hours.  During that time, my darling son got passed from one adoring relative to the next.  The following Friday – his two month birthday – he received his first vaccination.  That day, post shot, he slept and slept and slept and slept… and developed a fussier, crankier attitude, unfamiliar to my sweet baby.

Eventually he started sneezing and coughing and developed a pathetic runny nose.  Within minutes, so did I.  Simultaneously, that little lump on his tushy became harder, bigger, redder and angrier.

The Wednesday following his vaccination, we went back to the pediatrician to check out his rear end… AGAIN.  This time she was concerned that the area we had been watching had turned into an abscess.

Then commenced prescriptions, both oral and external.

Two days later we had to return for a follow up and, indeed, the abscess now appeared smaller and my boy seemed like himself again.  Except…

That cough.  I had her check his chest, front and back, and the pediatrician was sure that she heard no signs of congestion there.  It was strictly contained in his sinuses.  I was instructed to carry on with the snot-sucking-bulb routine and the saline drops (done and done).

But today…?  I SWEAR I feel rattling in his chest.  And now I want to kill something.  I want to detonate some explosives and take sickness with my bare hands and strangle it.  If I feel this way with my infant who still has yet to come down with a fever of any sort, I can’t imagine what parents must feel when their children come down with even scarier, life-threatening conditions.  Worse yet, when those conditions can’t be overcome.

Since Bennett’s two month birthday, in order to keep him well, I have at times

Not to mention the regular maintenance routine of

To be clear, if Bennett struggles with winter sicknesses, I certainly don’t want it to be on account my negligence.  But – dang it – every time I hear that pathetic, little cough, I want to shake my fist at something.  Brian’s more nonchalant about the fact that we all get sick in life. 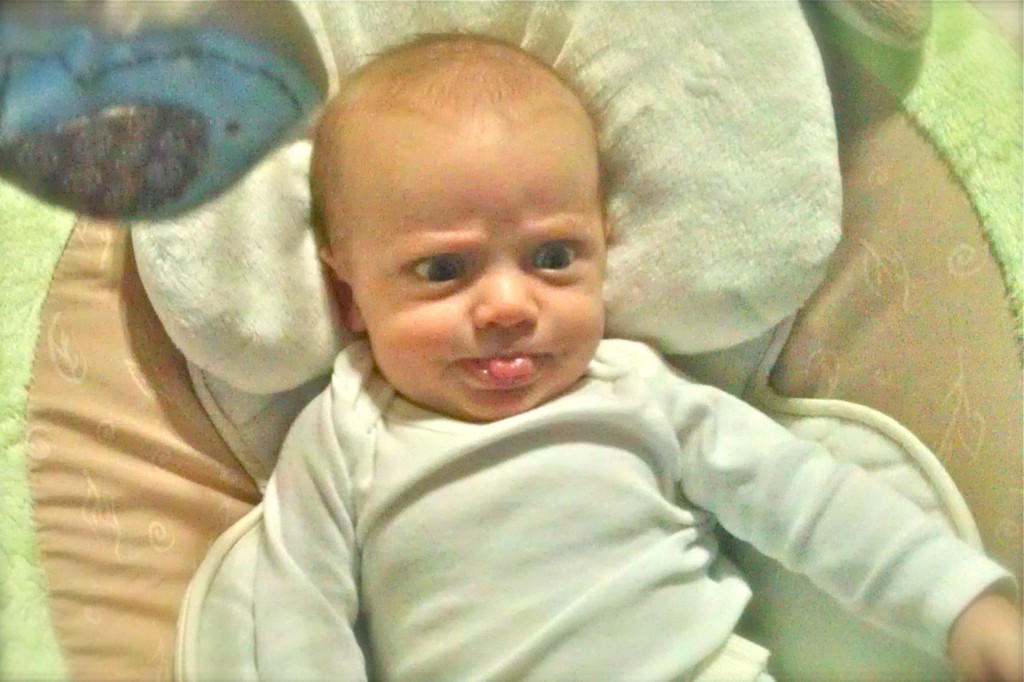 “Ppppppbbbbbbttttthhhhh… Take THAT, coughs and sneezes!”