For the first time in a long time, my two boys – husband and son – are both asleep before me.  As if the sound of silence wasn’t sweet enough, I can hear the dishwasher drumming my pasta pot.  Music to my ears.

There wasn’t one thought pressing on my mind this evening about what to blog.  In fact, I actually wandered onto Square Piece just to approve a comment that had been pending.  Apparently, my DIY Nursing Tank post still gets a bit of traffic (likely thanks to Pinterest).  But since you’re here and I’m here, I’d love to tell you about a testimony that I heard two weeks ago – a testimony that rocked my world.  (No, seriously.  You’ve probably never heard anything like it.)

I’m not doing it justice and if your eyes have glossed over and kinda skimmed that part, then you and I would be in good company as that’s exactly what my brain was doing during the lecture.

Let’s be honest.  I was bored because this wasn’t new information.  Not only that, I was at a retreat, away from home, away from my usual diet.  Since I was on my third morning being unable to poo, I had downed three – three! – cups of coffee in an attempt to move things along… to no avail.  So during this lecture, not only was the room getting stuffy and affecting my ability to take deep breaths, my bladder was screaming for mercy.  Distract-o Square Piece.

So after I finally raced for a potty break, I returned to hear this same man begin to recount his personal journey.  Before I share the highlights, first you need to picture sweet, gentle, 69 year old Tom.  He talks slowly enough for you to keep up with him, calmly pauses between sentences and has some wise, dry humor. 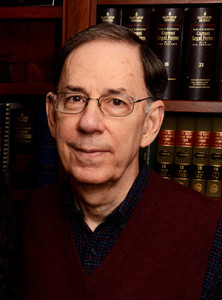 Tom began talking about growing up in Alabama in the sixties.  He had been baptized at the age of 13.  I thought I was about to hear the testimony of a man who grew up in a typical Christian household and made typical Christian decisions.

Not only did Tom find himself hating the desegregation of schools, he became a full-fledged racist and anti-Semite.  He joined the most dangerous terrorist sect in the south, the White Knights of the KKK in Mississippi, and began to participate in bombings as their explosives expert.

One night at 1:00AM, he and a female middle school teacher set out to set off 29 sticks of dynamite at a Jewish businessman’s home.  What Tom didn’t know was that their group had been infiltrated with informants and the cops knew he would be there.  Not only was the Jewish man evacuated, but a deathtrap had been set for Tom, with 26 armed cops hiding behind bushes across the street.  Their goal was not to apprehend him.  It was to kill him.

As he walked up to the house, they began firing.  Though he dropped the bomb, it did not explode (miraculously).  Tom had to run back into the gunfire to get back to his car.  Though his female accomplice opened his door for him, he was shot in the leg and she, through the neck.  She died almost immediately.

As he sped off, a car chase ensued down so many blocks.  One officer was hanging out of his window, firing a shotgun at Tom’s car and before long Tom’s car was rammed.

This is what Tom calmly said as he continued his story: “To my right, I had another bomb and a machine gun.”

Tom got out and sprayed the officers with the machine gun, hitting one three times, once through the heart.  By the grace of God, even that man survived.

Tom was hit again, but somehow crawled off, hidden in the dark of the night, laying on the ground, bleeding from his gunshot wounds.  Eventually the officers found him and when they did, they turned off their lights and shot him at point blank range four (details are fuzzy… it might have been more) more times with a shot gun.  When they turned their lights on again, they saw he was still breathing.  Out came the gun for the final blow when an ambulance arrived.

They had to take him to the hospital, though they didn’t expect him to live even 45 minutes.

Tom survived the surgery and spent months recovering.  God was not finished with him.

The sentence of 30 years in “the worst penitentiary” became Tom’s sentence.  During the retelling of his story, he admitted that you’d have thought that once he was in prison, he’d consider the error of his ways.  Nope.  Not only did he NOT change, he converted two other inmates to his racist, paranoid ideologies and the three of them planned and executed an escape.  That’s right, the man who had been lecturing on the grace of God at my retreat that morning had, at one point in history, been declared the most dangerous man in the south and was the subject of an FBI manhunt as an escaped convict.

The crazy thing was that Tom thought he was the good guy.  With conviction, he believed his rights were being violated and that his actions were “for God and country.”  It never occurred to him otherwise.

For two or three days, the guys hid out on some farm land.  I don’t know if it was a house or a barn or what (he condensed his testimony to 20 minutes or so), but suffice it to say, there was always one guy covering a shift, watching the farm road as a lookout.  When Tom was relieved from his shift 30 minutes early, he went back to his armed hideout and soon heard gunfire.  The man who had taken his place was shot dead by the FBI, who had expertly found the escaped inmates.  Tom was given the opportunity to surrender, which he did, and was sentenced to an additional five years, this time in a 6×9 cell in a maximum security unit.

In loneliness, he began to immerse himself in even more hate literature to keep from “losing his mind.”  After Hitler’s Mein Kampf, and after various works by different philosophers, he eventually made his way to the Bible.  I hate to simplify his experience – and heaven knows that I won’t do justice to the explosion of light that enlightened his heart and mind – but for the first time Tom began to see his sin.  He realized that he, in fact, was NOT on God’s side and that he never actually had a right relationship with God in the first place, in spite of the act of baptism.  For him it was a hollow, meaningless act that never actually resulted in Christ being Lord of his life.

The switch flipped for Tom.  He wanted Christ, not Hitler.  And he made that decision on his knees.  He said, “Lord, I’ve completely ruined my life.  But if you want it, I’ll give it to you completely.  Here it is.”  He recalls feeling something change inside of him.

This part is where it gets fuzzy.  As I understand it, even the people he had been persecuting were pulling for his release (whether or not that was associated with his conversion, I don’t know).  President Hoover said he should never be let out, the governor said he’d never get out, yet due to some “change in the laws,” according to Tom, he only ended up serving eight (or nine?) years.

He went on to the University of Mississippi, then Seminary.  Tom moved to D.C. and pastored a church, a diverse church, with a pure love for all ethnicities (and he shared this entire story in very mixed company).  He went on to become president of the C.S. Lewis Institute and now serves the Institute as Vice President for ministry and Director.

My jaw had to be scraped up off the floor.  I’ve never known someone who should have died so many times… and who escaped prison… and who had been so, so, so passionately wrong.  And yet, what wonderful hope I have to know that even a man alone in a room can encounter Christ should he will it.  No one is too far gone and, more to the point of Tom’s lecture, no one can demerit something that could never be merited in the first place.

God extends salvation through faith in Christ as a gift of grace.  A gift!  One received, not left “under the tree.”  It is transforming… and a little scary… and wildly wonderful.

Most recently, thanks to the opportunity to hear this from Tom’s own lips, I’m so encouraged to be reminded that even the most firmly held beliefs can be uprooted by the mercies of God.  Sometimes it’s easy to pray for the salvation of loved ones more out of habit than with true faith that anything will ever change.  But nothing is impossible with God.  I’m reminded of that now that I have seen the Paul side of a Saul.

I’m also freshly reminded that it is NOT good enough to be “good enough.”  Who makes that standard?  Where is the line?  When Tom was participating in bombings, he believed he was the good guy… and for him that would have been “good enough.”  And yet there is only one person declared good by God, and that’s His son, Christ.  And if we want to have any hope of meeting Him one day, we’d best cling to His goodness and not our own.  That’s the beauty of a substitute and that’s the beauty of a sacrifice… all rolled into one.