Ol’ Benny Boo took a tumble yesterday.  Sometimes that wooden play cube is his favorite toy and other times it’s his nemesis.  I’m not exactly sure how the tumble  happened being that I was literally one foot away and facing him.

As it turns out, my kisses are magical and have the power to soothe aches and pains.

What they don’t do, however, is undo the bruising process.

Holy cow.  Within minutes, Bennett’s forehead looked AWFUL.  Acting as fast as I could, I grabbed a thingamajiggy from the freezer.

Long story short, every cold thing that I tried to put on Bennett’s forehead ended up in his mouth.  And if it didn’t, a mighty protest ensued.

So I had to outsmart the babe.

The other day, I picked up an adorable hat at Three Lil Monkeys.  This hat just so happened to have a front pocket.  Implementing the clever technique of distraction, I plopped a piece of ice in the pocket, pulled the hat down over his forehead and strolled him around the block long enough for the ice to fully melt.

Bennett’s head looked significantly better by the time we got back home.

Someone needs to market a hat of pockets for all the head-bonkin’ babies endure. 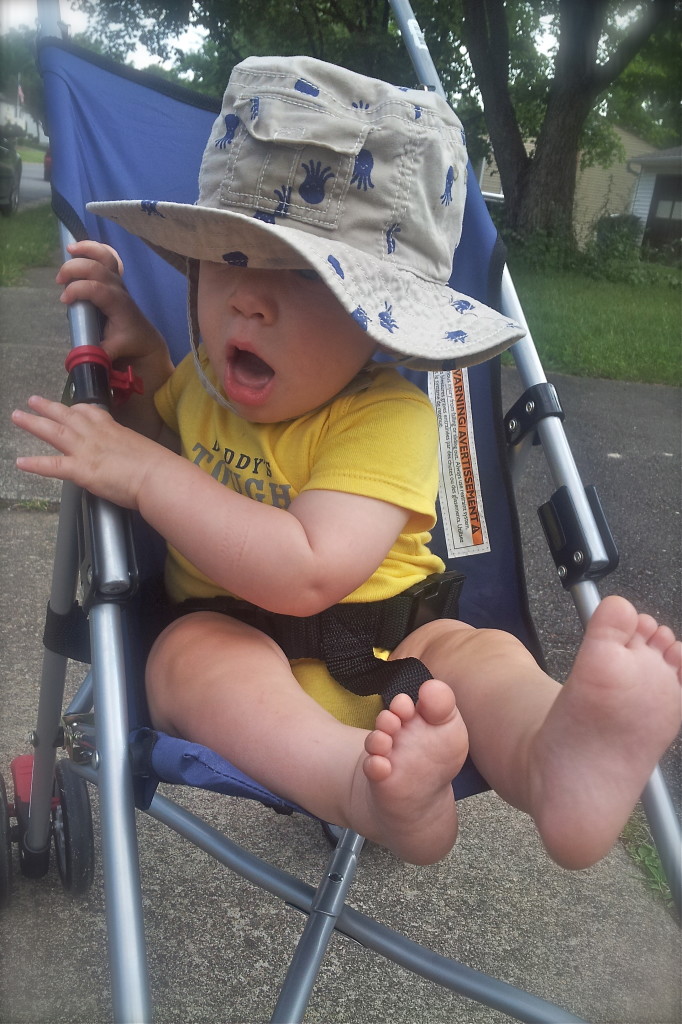