In the same manner that I obsessed over every unexpected detail of my pregnancy, I’d like to mark some of the unexpected observations of motherhood.

Now, I’m not sure if this is true of allllllllllll babies or only certain babies (because I have nothing with which to compare this), but I swear that Bennett seems like he has a look of wisdom in his eyes.  He seems like a smart, old man trapped in a body that he has yet to control.  Fascinating!

Watching Bennett’s instincts and realizing that he is perfectly aware of what he needs and that he’s just waiting on me to figure that out… Well, it’s bizarre!  We don’t yet speak the same language, nonetheless still he knows how to clue me in to his world by brilliantly using consistent tones and expressions.

Here I thought I’d be teaching him about our world, but, no, he’s teaching me about himself!  (And I have to say, Brian and I see a LOT of Square Piece in him!  Yipes!)

But the hilarious irony to this is that for as intelligent as this boy already seems, he can be equally, um, daffy.

For instance, when he’s at the boob for some milk and looses his mark on the nipple, the boy can scream and fuss as if I’ve taken it away from him; all the while I try to reorient him assuring him, “It’s still there… right where you left it…”  And then, as if they’re comparable at all, he’ll aggressively start gnawing his fist instead (while the nipple is literally at the other corner of his mouth). 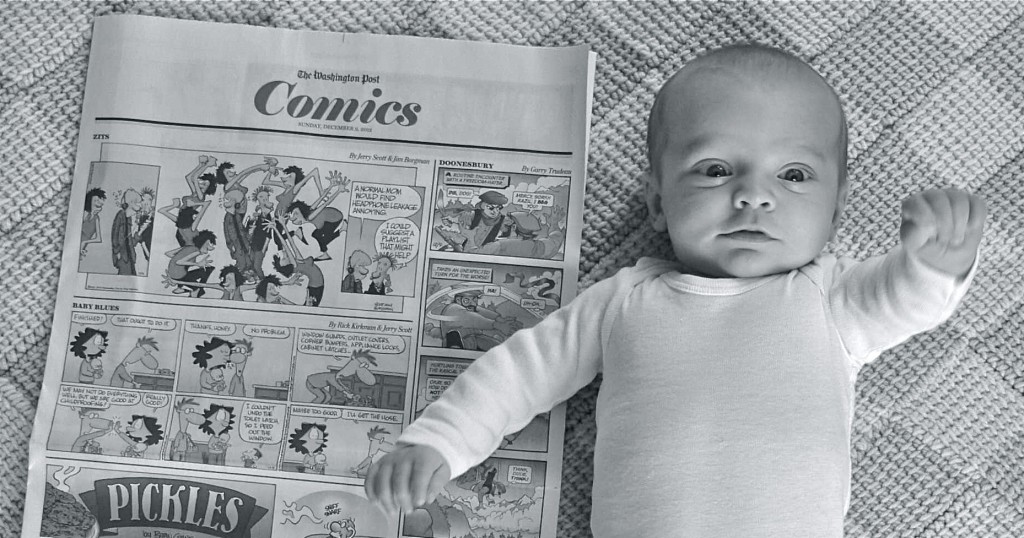 Oh, I can’t wait until he has more spacial awareness and control over his body!  There’s so much learnin’ to do!