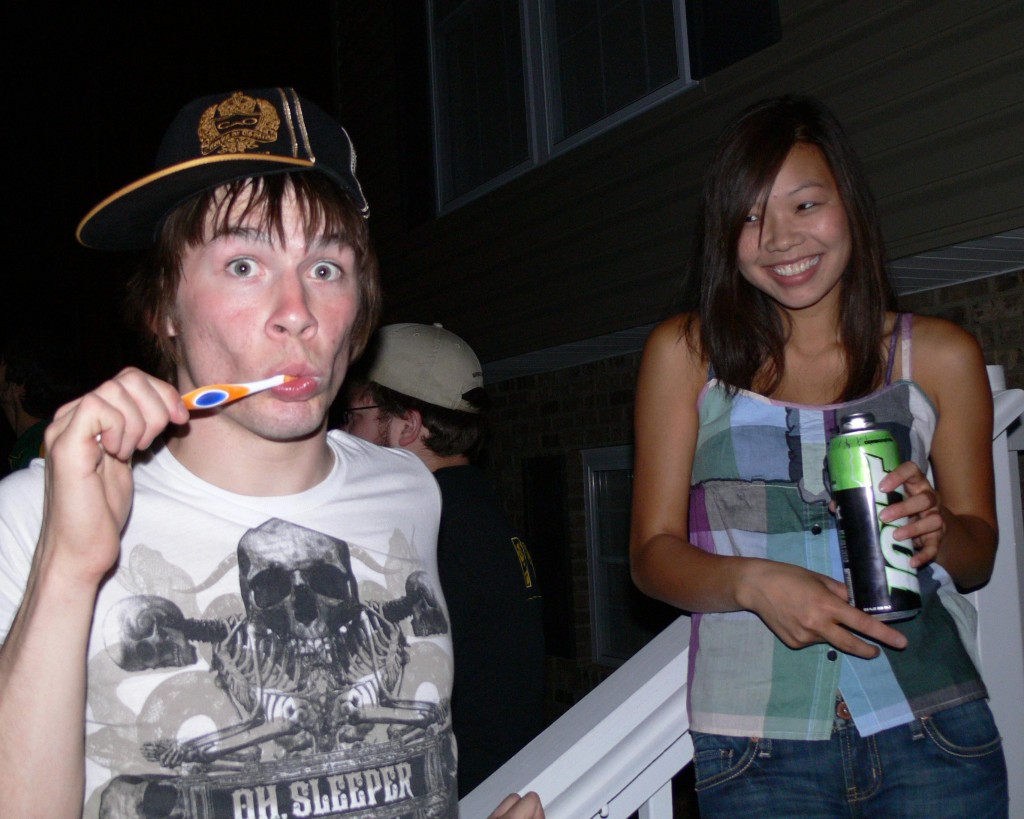 This … ^right here^… is why I’m so happy that tomorrow my brother is marrying Caitlin.  Caitlin is the beautiful girl on the right holding the giant can of Jolt.

…But that night, we were all holding giant cans of Jolt.  (Blech.)  That was Joey’s 21st birthday.  Rather than going out and bar hopping, Joey decided to have a smashing party at his house that centered around his fondness for the Jolt energy drink. 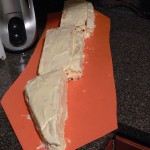 There was Jolt cake.

There was Jolt pong.  By the end of the night we were bleeding Jolt, crying Jolt and I’m pretty sure my sister had a Jolt hangover the next morning.

Pardon the bunny trail.  Back to the original picture with Joey and Caitlin.  That photo was taken over three years ago, in the early stages of their relationship.  As you can see, he’s brushing his teeth in the middle of the night – outside – while hosting his own birthday party.  Do I need to point out that this is not normal behavior for most people?  From the beginning to the present, as far as I can tell, Joey has never had to pretend to be anybody other than himself around Caitlin.  Joey is one of the goofiest, silliest, funniest, most lively, most joyful people that I know.  And whether Caitlin is in the room, around the corner or out of town, Joey never changes.  I love that he’s free to be himself around her!  So to answer ALLLLLLLLL my clients who have asked me for the last month if I like the girl that my brother is marrying: YES.  I LIKE HER.  VERY MUCH!  Wouldn’t you like something or someone who did a great job maintaining the object of your affection?

By the way, this is my 100th post.  I thought I’d have something clever to say or clever to do to honor this.  I was wrong.  Perhaps, could you be clever for me and comment below which Square Piece posts have lifted your spirits in the last 100 days?