So Brian and I went back for the second half of our “fun” ultrasound package.  No, this isn’t the doctor ordered one that tells me if my placenta has moved or not.  This one was just to see Bennett for 15 minutes (and to get those 15 minutes on DVD along with a separate disc for pictures).

Brian’s mom, Donna, and his stepdad, Doug, were able to join us.  (Pray for Charley.  My family couldn’t make it as he’s still reacting unfavorably to the most recent round of chemo that he had.)

Before we got to the ultrasound, I discovered this in the waiting room: 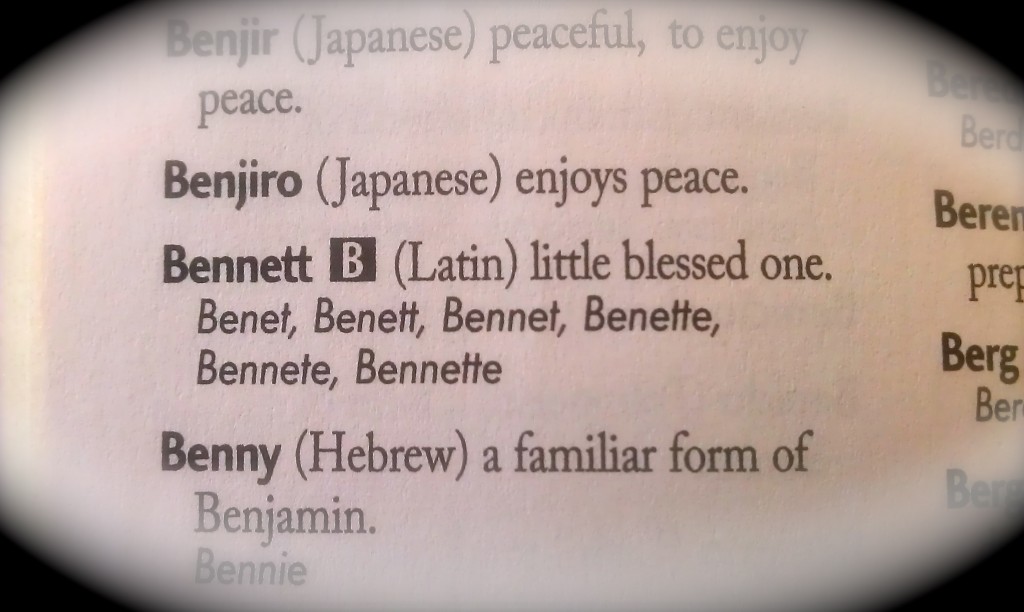 Bennett was a little stinker and wouldn’t put his arms and legs away for anything!  He mostly kept his face covered, so we never got to see 100% of it all at once.  We had to use our imaginations and piece together what we could.  Believe me, I tried everything (I even did jumping jacks in the bathroom) to get him to show himself.

Here’s what we know for sure:

Can you tell on that right side?  I’m not sure that this picture does the video clip any justice. 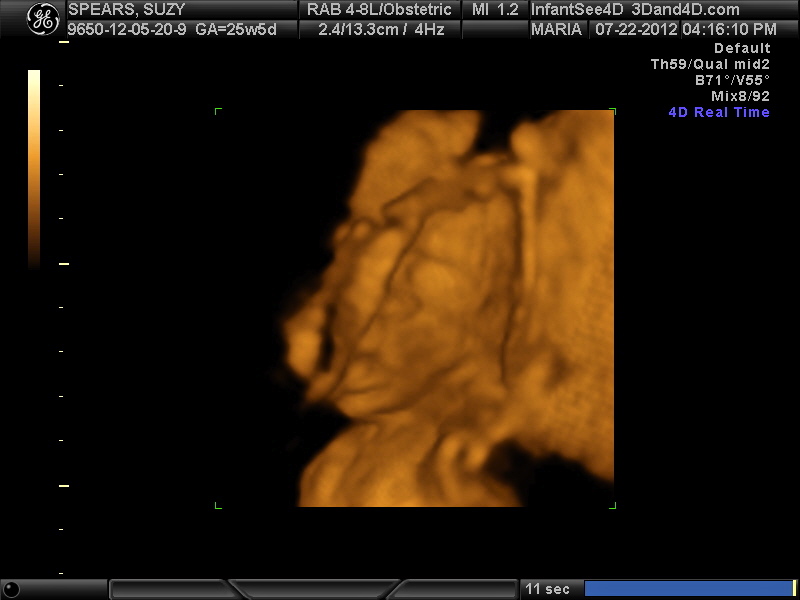 Anyhow.  I highly recommend this place if you wanna know your baby’s gender by 16 weeks or if you’d like to spend more time with him/her.  I was quite comfy and situated on a lovely bed.  There was enough room to accommodate eight people.  And look at our view! 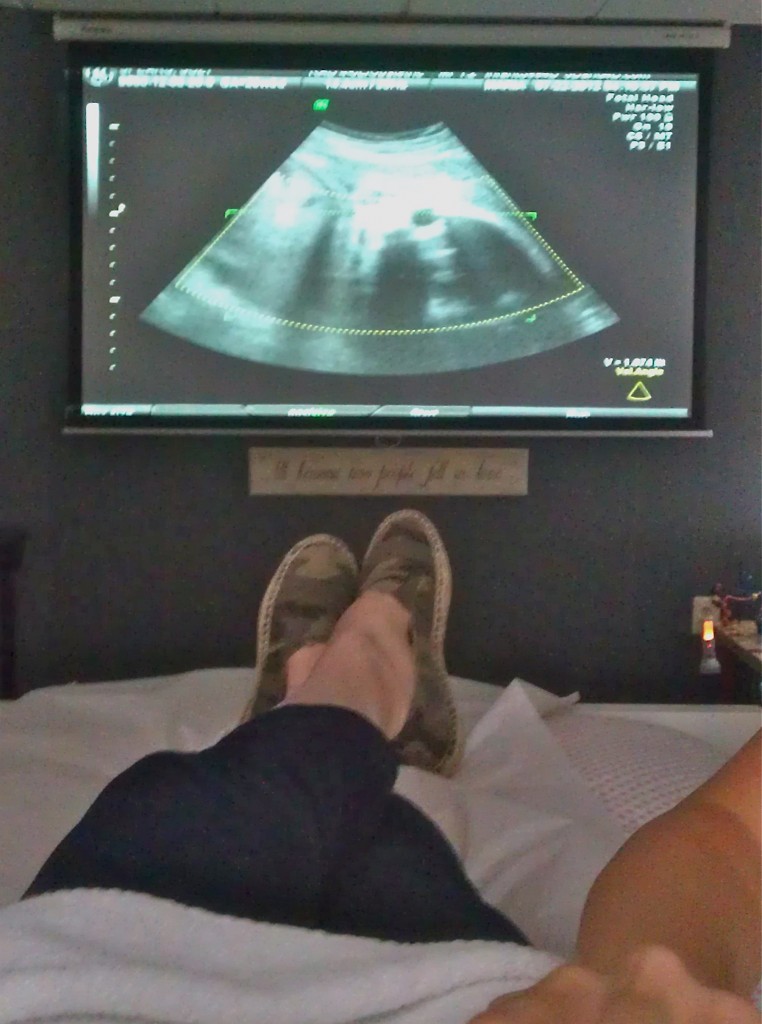 Brian said he had a hard time making out the images (and so did Doug).  But that didn’t stop him from talking right at my belly, trying to encourage Bennett to behave and “stand up straight” so that we could see him.  (Not sure what that would have felt like.) 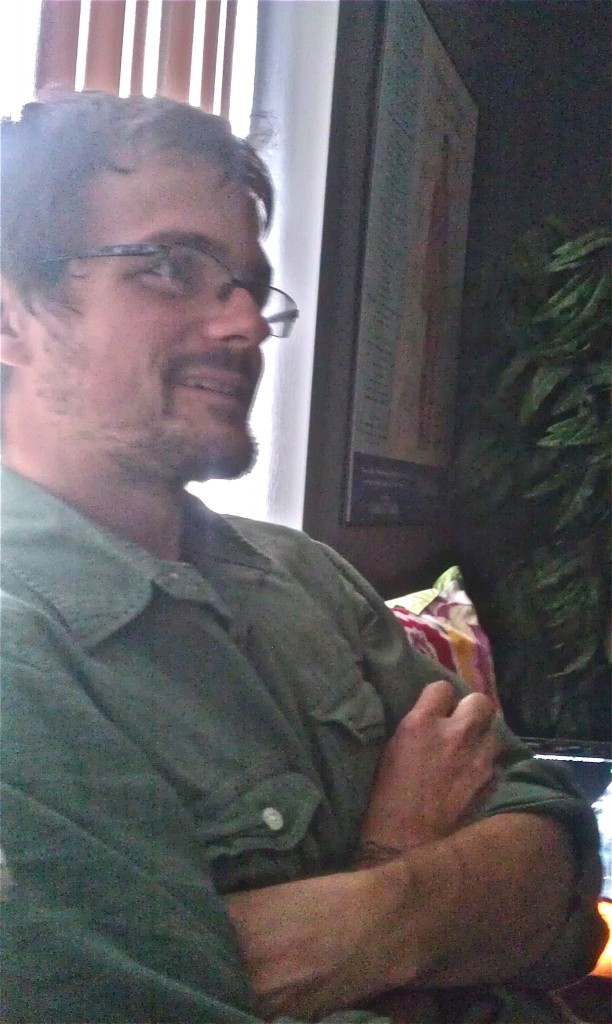 By the way, from talking to my mother-in-law today, it seems like she’s about to burst from excitement over our baby shower that’s in Winchester on Sunday.  Don’t forget that families are welcome (including husbands).  She’s raffling some prizes for guests who bring diapers and/or wipes and plans on having a moon bounce thingamajigger for all the kiddos.  Email me (with your name/email address included) if you haven’t gotten the information/invitation and would like to join us!