Somebody needs to bop me upside the head the next time that I get that faraway, “hey-I-can-make-that-myself” look in my eyes.

It just makes my brain hurt!  Fortunately, this time I settled on something slightly less complex than my Roman shades.  A while back in this post, I showed you this picture: 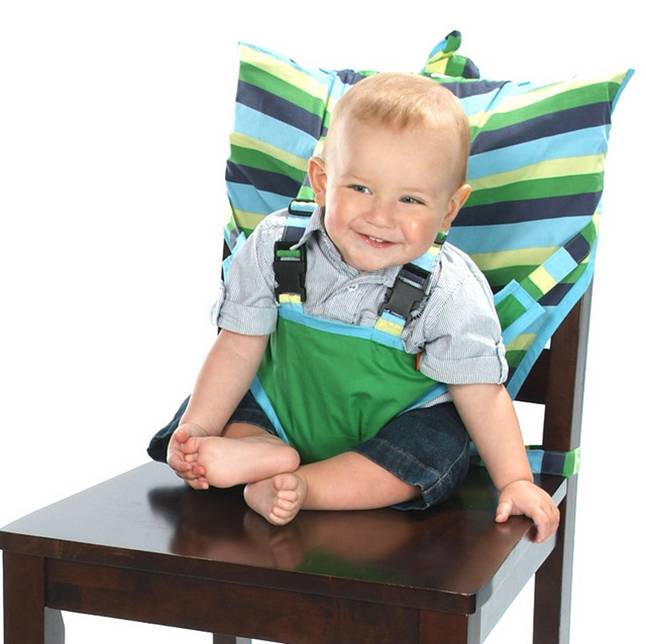 “Why that’s nothing but some fabric and a little bit of stitching!” I mused.

I must’ve had a very good home economics teacher in middle school, because somewhere in the back of my mind, I’m firmly convinced that I can do anything. 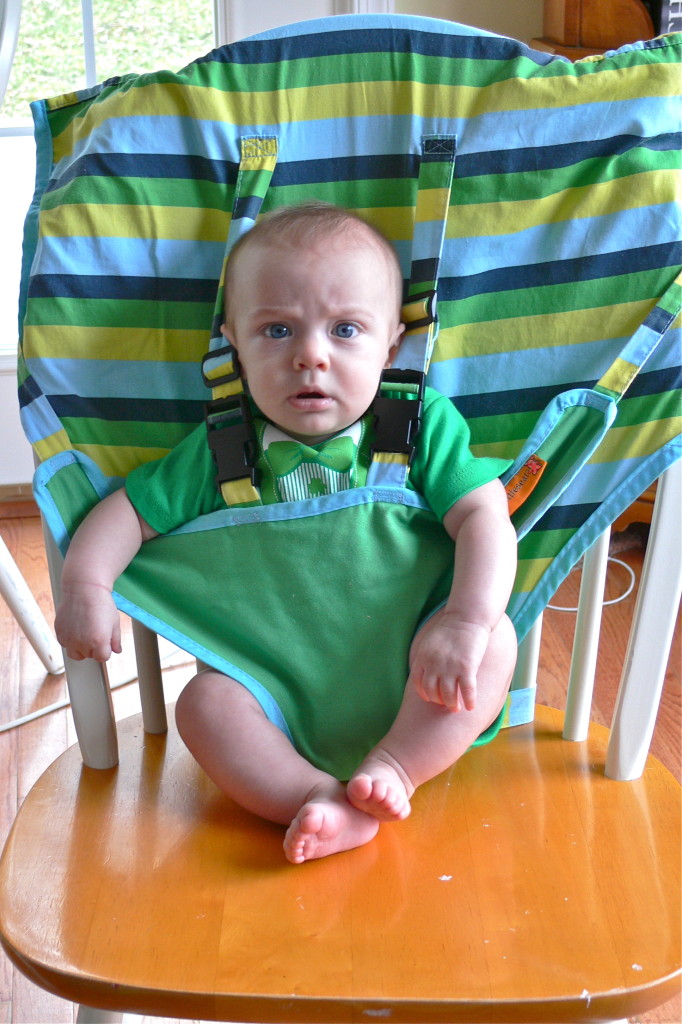 So back in March, I borrowed one from a friend, tested it on Bennett and began plotting my own design.  It didn’t thrill me the way that his face rubbed up against the straps and buckles, so I veered from the original a bit.

Somewhere between tracing the borrowed portable highchair, cutting out my own pattern, repurposing an old bed set and thinking through the finer details of the order in which each stitch would need to be sewn, it crossed my mind about a half a’ dozen times that if I had spent half as many invested hours at the salon working on some hair, I could have purchased two of these on Amazon.com and called it a day. 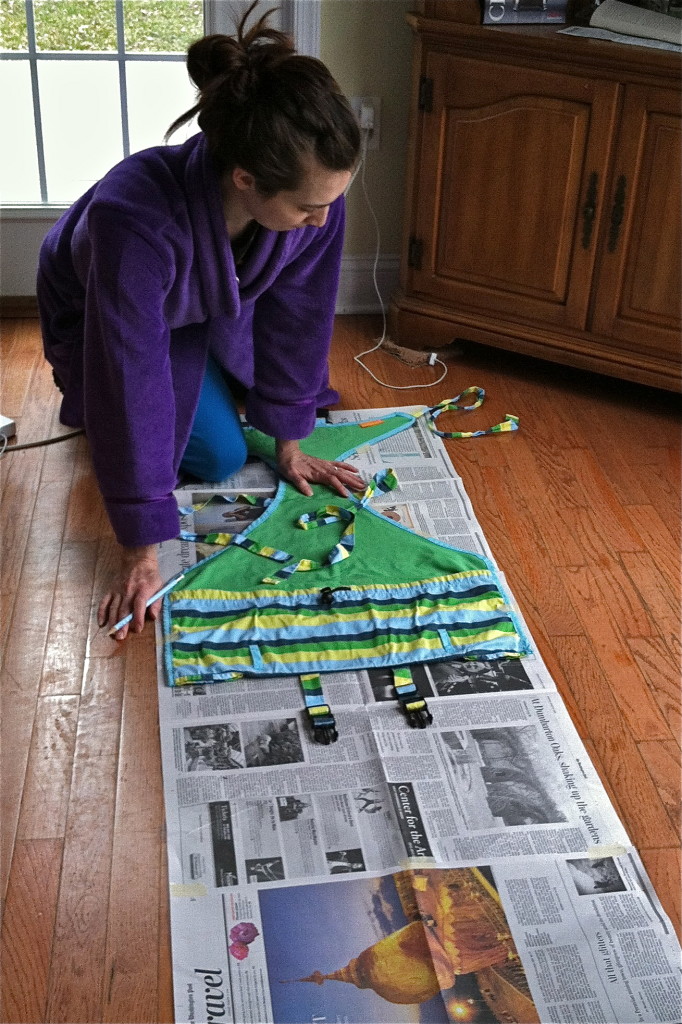 But no.  No, when the Lord knit me together, he embedded a button deep down inside that would rather be home, brilliantly assembling and creating everything with my bare hands.

Being that the assembly sequence was a little touch-and-go for me, I didn’t have the confidence enough to photograph steps for your own DIY.  And if I had to do it again, I’d likely adjust the steps anyway. 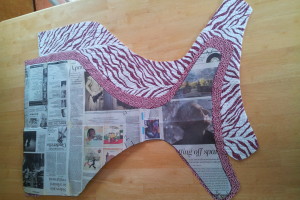 But suffice it to say that if you can fold a piece of construction paper in half and make a snowflake, you can probably figure this out as well.  Instead of buckles and clips, I decided that stitching in several jumbo button holes would provide more ways to cinch this securely to any ol’ chair, allow Bennett to grow with it and also keep the straps from rubbing against his soft, sweet, little cheeks. 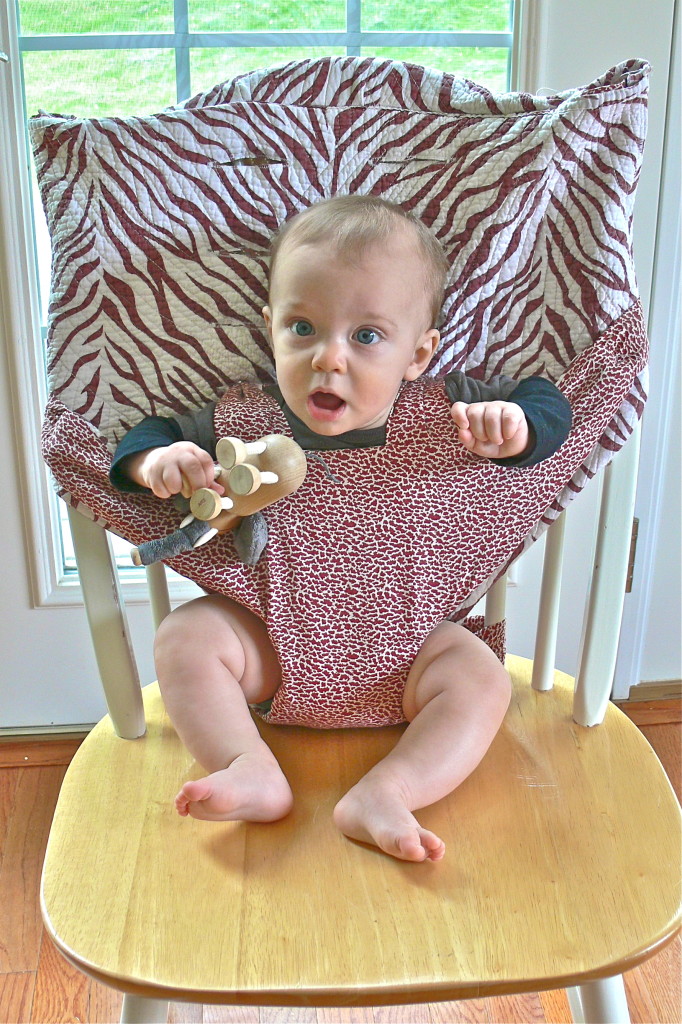 The top has two openings at either side in case we ever need Bennett to sit in one of these chairs:

The best thing about this portable highchair is that once dinner is through and Bennett and I are effectively covered in pureed spinach & basa filet, I can just toss the whole thing into the wash and call it a night.  Of course, the other nice feature is that it’s lightweight and compact for traveling. 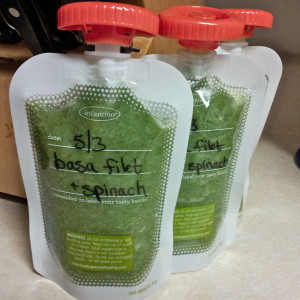 Speaking of traveling, Brian and I are joining his dad down at the beach this Wed – Saturday.  Being that it’s likely the only vacation we’ll be taking this year, I’m going to really try to live in the moment and catch up on blogging once we return.  I say “try” because I truly do love writing and most of the time don’t find it to be a chore.  But I’m sure that my husband and child will love having my undivided attention while we’re away.

(Details here on the squeeze pouches!)