I apologize that this will be shorter than I intended, but I’ve been battling a head cold since this past Friday and have been feeling quite lazy about anything that doesn’t involve a nap.  Feel free to send me a question if you’d like to know more details about something that I’ve glossed over and I’ll be sure to give better intel next time.

Remember when I said that Mandy and Suzanna were not two peas in a pod, but quite different and yet complimented each other in their differences?  Well, I realized that I needed to clarify that, because they really do have quite a bit in common. It’s their personalities that are different.

If you were to go by appearances, such as clothing, hairstyles, smiles and the things that made them giggle with pleasure, you would have thought they were twins.  There was one point in their childhood when their hairstyles and facial features were so similar that, just to tell them apart, I had to pull back the covers to see which sleeping beauty was longer!

The one thing that I treasure the most about these two is their love for each other. Did they fight and bicker with each other?  Yes, but most of the time I didn’t know about it.  In fact, I learned about “the oatmeal incident” long after they had grown and left home.

At different points in time, both girls were hit with a rock and needed stitches.  Similar experience, sure, but their differing personalities shone through quite clearly.  Mandy endured her ordeal with a stony silence, whereas we could hear Suzy wailing clear out into the waiting room.  Indeed, we found our little Square Piece to be quite sensitive.  Whether it was hurt feelings or an endearing Hallmark movie, there were bound to be tears on a regular basis.  Not that she was a drama queen or anything like that; she just “felt” things more passionately.  If you’re a regular reader, then I’m certain you’ve seen that come across in her writings.

Here’s a small collage of Suzy, with Mandy and Joey, from the age of her first birthday to a little over four years old. 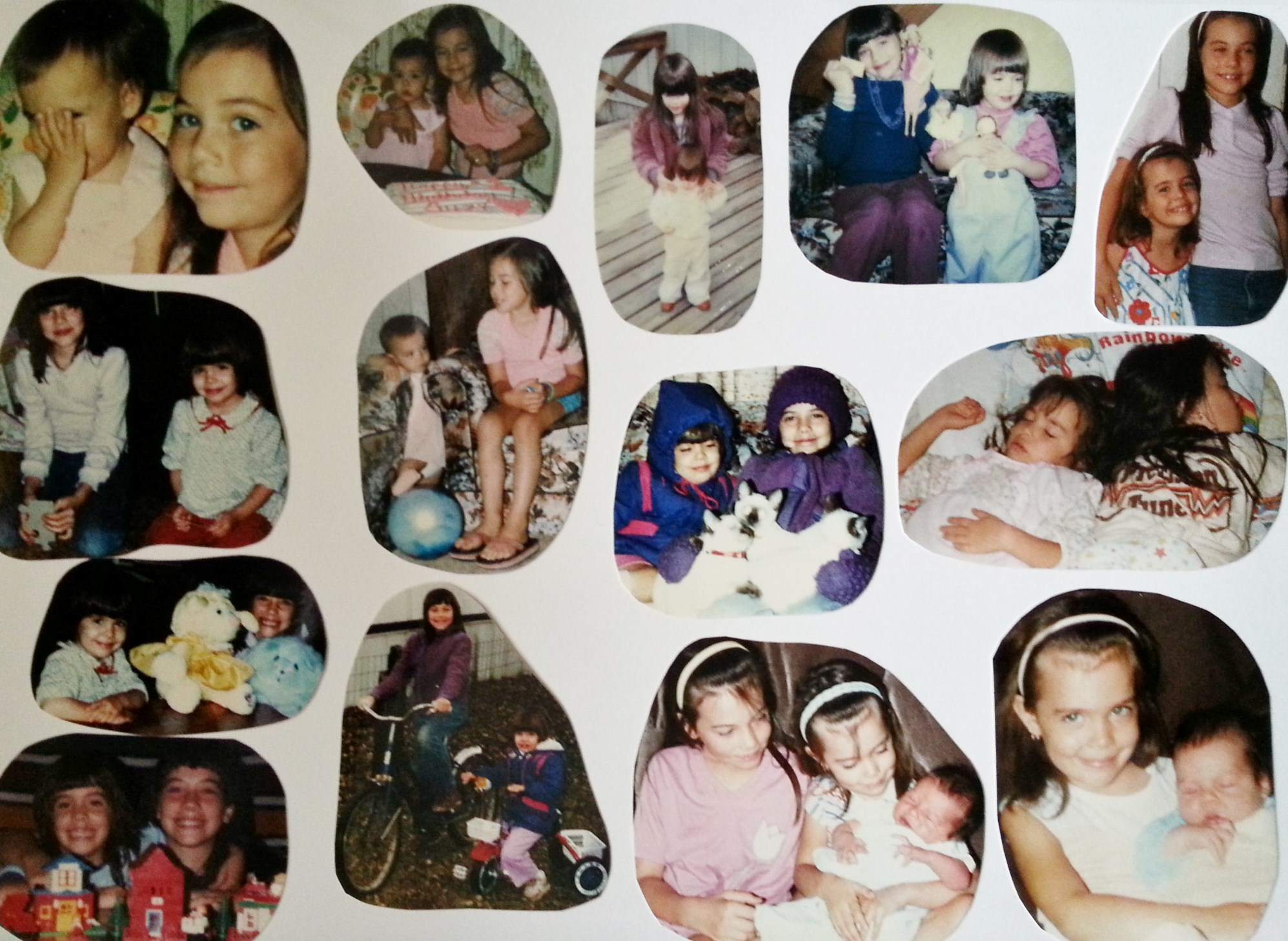