Goodness! Where do I start?!?

Well, Maria (from The Sound of Music) would say that we should start “at the very beginning” … which is a “very good place to start” … but I want to push “the beginning” back a bit earlier, back to a time when Suzanna was born in my heart.

I did not have a sister growing up. I was stuck between two boys who wanted nothing to do with me.  Who could blame them?  While they were the typical southern boys, all rough and tumble and loud, I was a girly-girl and loved playing house with my dolls.  The closest thing that I had to a sister was my only girl cousin, and our visits were too few and far apart.  So, when I found out that I was expecting another girl, I was so excited for Mandy.  I just knew that they would be two peas in a pod and that they’d have so much to share with each other, being so close in age.

Shortly before Mandy turned two, Heather passed away from complications due to her birth defect (Goldenhar syndrome).

All those hopes and dreams for these two sisters … were lost ….

A couple of years later, when I got pregnant again, I prayed hard for another little girl … and those prayers were answered.

Because of everything that we went through with Heather, I was especially cautious during my pregnancy with Suzy, but I was also leery of hospitals, so I decided to have her delivery by a midwife at a maternity house.  God was so gracious after our loss … Suzy was the easiest delivery of all of my children.  The midwife even asked if her daughter could watch the delivery because it was going so well!  My baby square piece was born in the late afternoon and we were home early that evening. We both slept until the next morning when she woke up early for her first meal.

Mandy and Suzy are four and a half years apart … they’re not two peas in a pod, in fact they’re quite the opposite in many ways, but that’s okay … they compliment each other in their differences.

More “on raising a square piece” to come …. in the meanwhile, enjoy these few pictures of Suzanna between the ages of one and two years old. 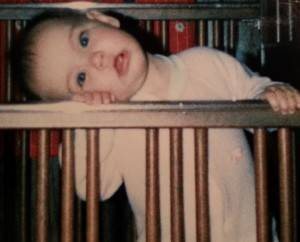 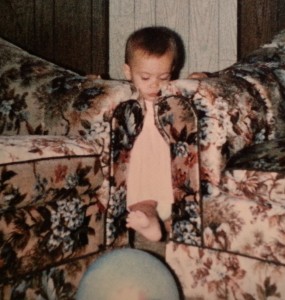 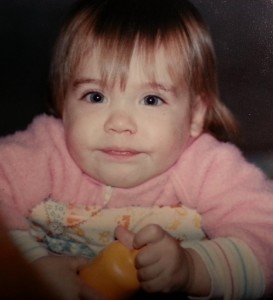