Northern Virginia has been our home for six years now.  We purchased this sweet little house from Brian’s father and have been making it our own ever since.  It used to reek of bachelor pad and it felt like a cave.  Before Brian’s dad put down hard wood floors, the entire house was lined with mauve shag carpet, including the – yes! – two built-in couches.  Yeah, they’re actually built into the walls of the house, facing each other in what can only be described as the pit.  Some crack head designed this house in the 70’s.

Another fixture in this house was actually my father-in-law’s cat, Emma.  He asked if we wouldn’t mind keeping her when he moved.  At the time, I was convinced that I was the cat whisperer and that all cats adored me.  So we said okay.  Except Emma isn’t a cat.  She’s a bulimic praying mantis in a cat’s body.  See? 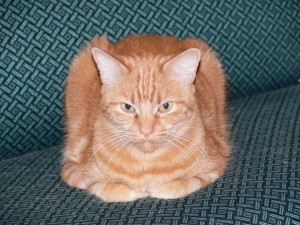 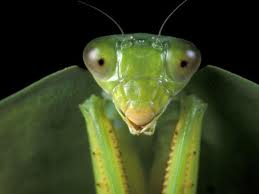 She has hated us from day one (which is why I never mention her).  Apparently the unforgivable offense was taking over her turf.  To be sure that we understood her feelings on the matter, spiteful Emma would jump to the highest point possible (usually the cabinets above the fridge) and then spray puke down upon everything.  Now, when a cat is really sick, they don’t usually go jumping higher and higher.  They usually hunker down low.  There was no misunderstanding her disdain for us.  But if there was any confusion on the matter, just to be sure that we knew our worth to her, she demonstrated fascinating indifference to our attempts of affection.  She’s an indoor/outdoor cat.  After a long day of sunbathing and grass chewing, she’d come inside just to use the litter box and then ask to be let out again.  The darn cat wanted to be sure that she didn’t soil the outside.  No, she’d soil the inside where her enemies resided.  We were nothing but a great big toilet.

And Emma has never let us hold her.  Her normal hiding spots are in the guest bedrooms.  However since we’ve updated them, we’ve kept the doors shut (just in case our guests are allergic to cats).  This has forced Emma into the kitchen, the living room and our bedroom.  For the last week or so she’s been hiding under our bed or in our closet.  This morning, however, a choir of angels burst into the Hallelujah chorus.

Me, “You see, Emma?  You see what you’ve been missing out on for the last six years?”