If I haven’t said it before, I love my neighbors, Mike and Karen.

Brian and I typically prefer to begin and end our year with them.  Last night was no exception.

Highlights of spending New Year’s Eve with our friends:

Snippets of commentary that I hope to never forget:

First, there was my insane outburst as I spotted Ryan Seacrest and voiced my utter shock over the fact that he is presently wearing his hair in the same direction as his nose.  He used to offset his nose by wearing his hair to the left.  Alas, no more.

Hair to his left, nose to his right: 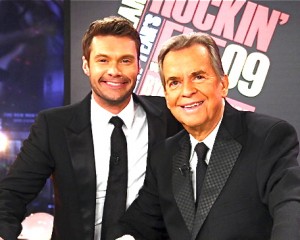 Hair to the middle, nose to his right: 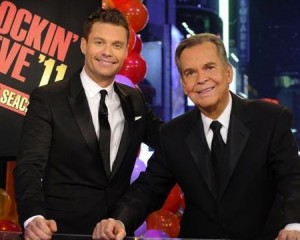 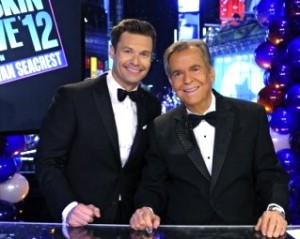 (Not a critique.  Just an observation.  I don’t even mean to notice these things.  Though I do think that the bow tie is the better option for his nose.)

On the television we saw throngs of people who had flooded Times Square with intentions of celebrating the New Year.  Naturally we all pondered the tenacity or lunacy it would take to commit to waiting all day for the countdown while no restrooms were available.

Brian, “I’d do it.  I’d do what the homeless man in San Francisco did.  It’s called a trench coat.”

Me, “Yeah, he peed in a bottle in his trench coat.”

Brian, “…while he sang the Bonanza theme song.”

Me, “I could do it.  I have a bladder of steel, a missionary bladder.”

Eyebrows were raised and I elaborated on a summer that I spent in the Amazon jungle.  Since Brian was still eating, he covered his ears and I whispered the horrors of a community restroom hole in the ground.

Back on the t.v., Jenny McCarthy began interviewing those at the front lines. She inquired into the logistics of spending an entire day at Times Square without using the bathroom.

(Square Piece followers, be warned.  This won’t be the last you see of this joke.     …Two words: I love dry humor.) 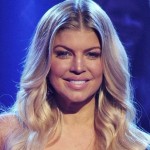 We also noticed what I consider to be the unnerving trend of nude lips.  Yes, Fergie (and apparently many New-Year’s-celebrating celebrities) loves to have a lipless face.  I’m just going to leave that one alone for now.

So, yeah, I pretty much spent all evening laughing with my husband and our friends while pocketing the filter that I usually keep on my mouth.  Good times.