Date night at the Spears’ household is starting to look very bizarre.

Last Monday, when I drove two hours to Romney, WV, to visit my holistic doctor, I was eager to pick up ear candles.  I had noticed them at her office the visit before, but didn’t have the nerve to buy them at the time.  The more that I thought about it though, the more I convinced myself that, indeed, my ears would love this.

You see, when I’m at the salon, there’s always someone who’s got their blowdryer on while a soft spoken client is trying to converse with me.  Sometimes I think it’s me, sometimes I think it’s them; but it can be quite difficult having a conversation and I hate asking them to repeat themselves over and over.  Just in case there was something that I could do to be sure that I was hearing to the best of my ability, I decided to give these candles a try.

But I didn’t just pick up one pair of candles.  I picked up two.  Yep, I was roping Brian in and could not be more excited to do so!

The instructions said to cut a hole into a plate and comfortably nestle the candle into the ear.  Once lit, if smoke was coming from below the plate, then you needed to readjust the candle to more effectively plug your ear.

I went first because Brian was still hesitant and operating under the assumption that I had lost my mind. 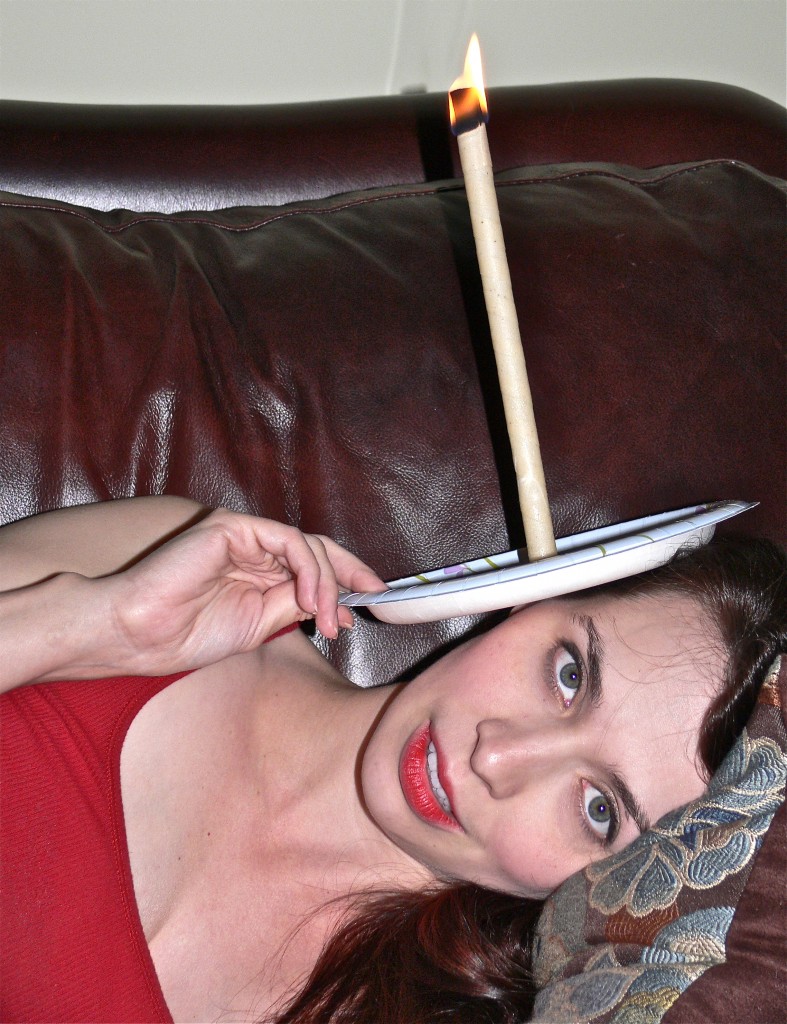 For me, it wasn’t hot or uncomfortable at all.  I was surprised at how slowly the candle burned and kept asking Brian how many inches I had left.  The instructions said to remove it when the flame was three to four inches away from the plate.  With my first candle, we removed at four inches; with the second, three inches.  I could definitely SEE a significant difference in the effectiveness of that last inch.  So if you ever do this yourself, don’t stop at four inches.  Stop at three.

Brian, like me, at first was a little nervous to begin the whole process. 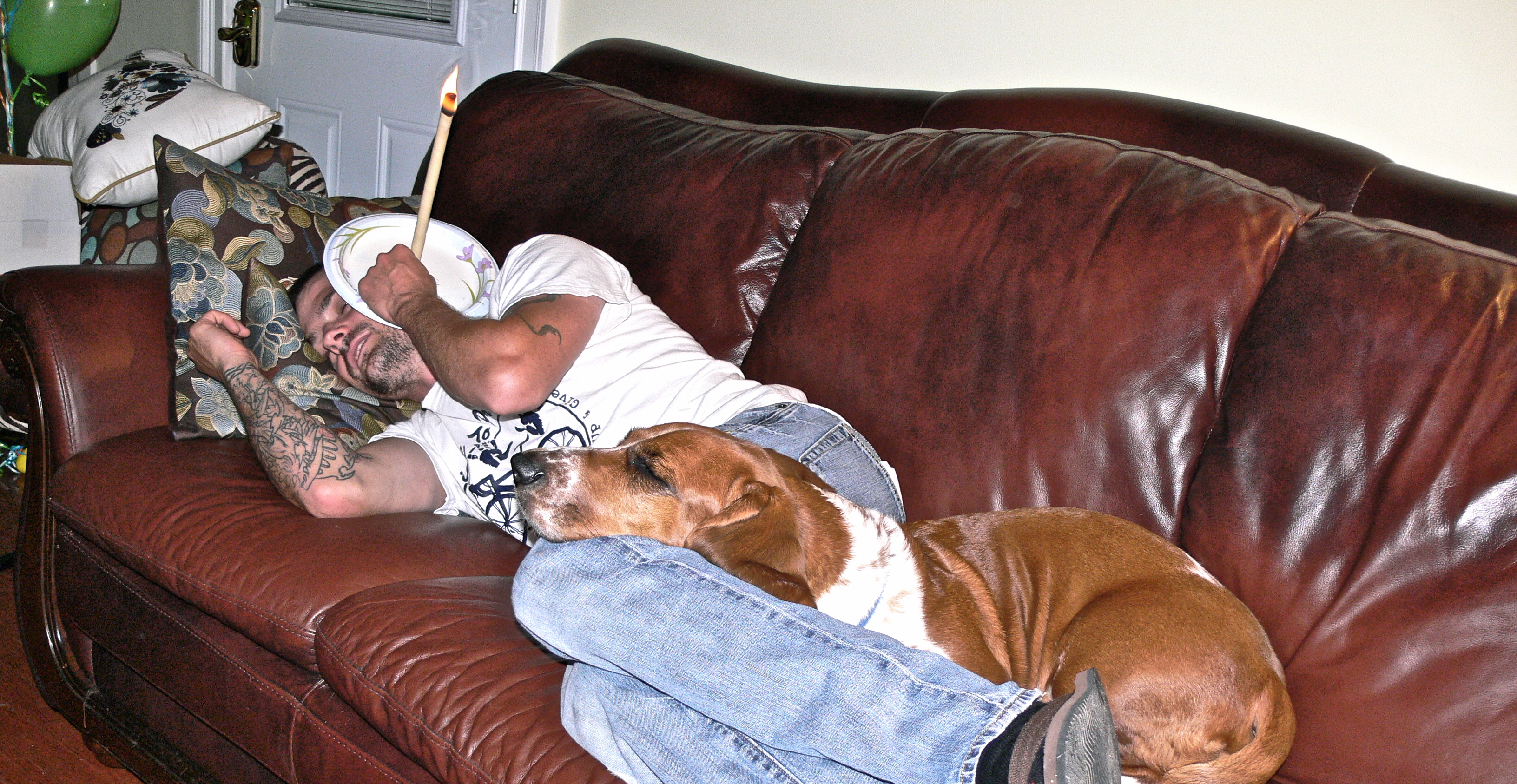 By the end of it, however, he was totally sold and would definitely do it again.  For six dollars for a pack of ear candles, I’d say that’s a pretty cheap date.

I don’t have the heart to show you the true before and after shot from within the hollow of the candle.  Granted, I’ve been very bold about various bodily issues on Square Piece, but displaying ear wax seems like unnecessary torture and even I have my limitations.  So, I’ve blurred the “after” candle (’cause, honey, it is NA-ASTY!), but I want you to see where the wax gets drawn up into the candle.  The fresh one is on the left. 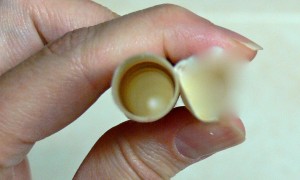 If you’ve never done this before, I highly recommend it!