Here I’ve been perfectly happy to oppose this football team, content to rest in my stuck-up arrogance.  But now they’ve gone and signed Tim Tebow, leaving me feeling conflicted.

I love football season and all that macho drama.

Off the football field and into the kitchen… The other night I attempted my first take on homemade mayo.  I say “attempted” because I’m not 100% in love with this version.  Following this post as a guideline, I adapted it to suit the ingredients already found in my kitchen and the flavors that I thought would balance nicely.  It’s just a’ight, but holds promise and gives me a good starting point for future adaptations. 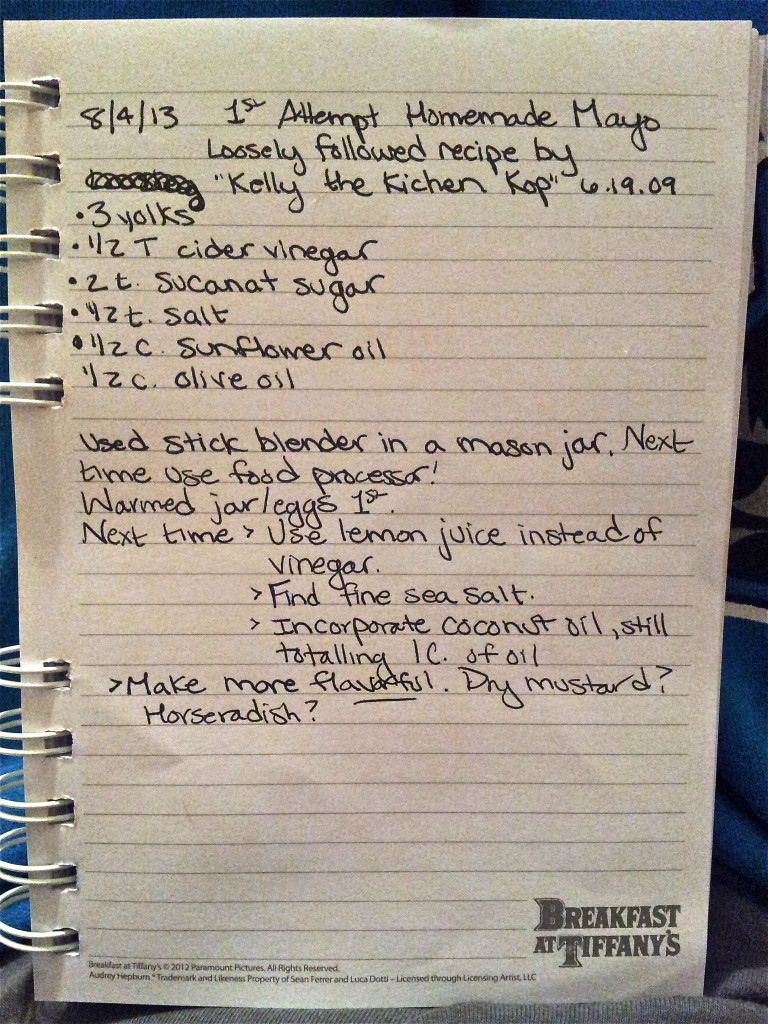 I’m certainly open to suggestions if you have any!  But it’d probably help if I read the 261 comments below Kelly’s post.

Moving on from my nutrition to Bennett’s, if you haven’t visited Square Piece on Facebook, well, I’m kinda quiet over there.  Every now and then, however, I get a little chatty and perhaps post a lovely picture or two.  There’s a particularly precious one that Momma snapped of Bennett and me on Thursday.  Go check it out.  It’ll melt your heart.  And while you’re at it, give ol’ Square Piece a like, would ya?