We’re all familiar with our share of nursery rhymes, right?

Well, I thought that I was… Until I read a few to Bennett and realized that some of them are just downright bizarre!  This isn’t going to stop me from reading them necessarily, but I DO have to wonder where some of this twisted content was dreamed up!

Okay.  What’s with Three Blind Mice?  Have you ever considered it?  It’s kinda sick, what with the carving knife and all!  Oh, do you remember the carving knife?  Pretty sure that’s a new bit of info for me.  Don’t mess with the farmer’s wife. 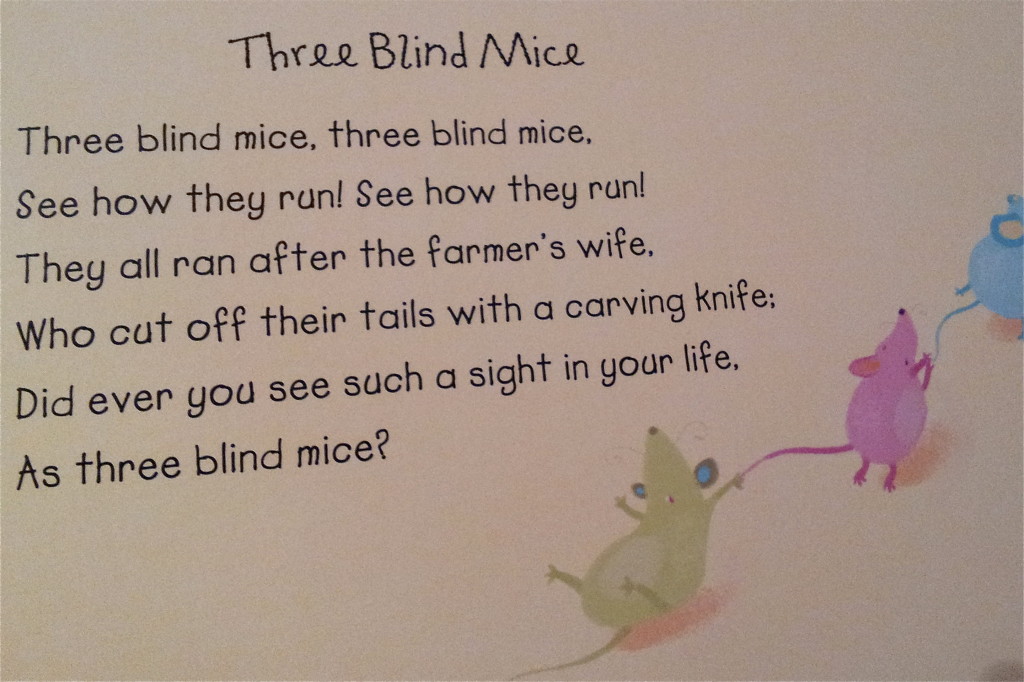 Then there’s Peter, Peter Pumpkin Eater.  Uhhhh…  I guess that part, the title, is the only part that I remembered because it’s really weird.  He had a wife, but couldn’t “keep” her (what’s THAT supposed to mean… and how do you explain that to a child?!), so he kept her in a pumpkin?  HUH?  I think this one should be called Peter, Peter?  Run For Your LIFE! 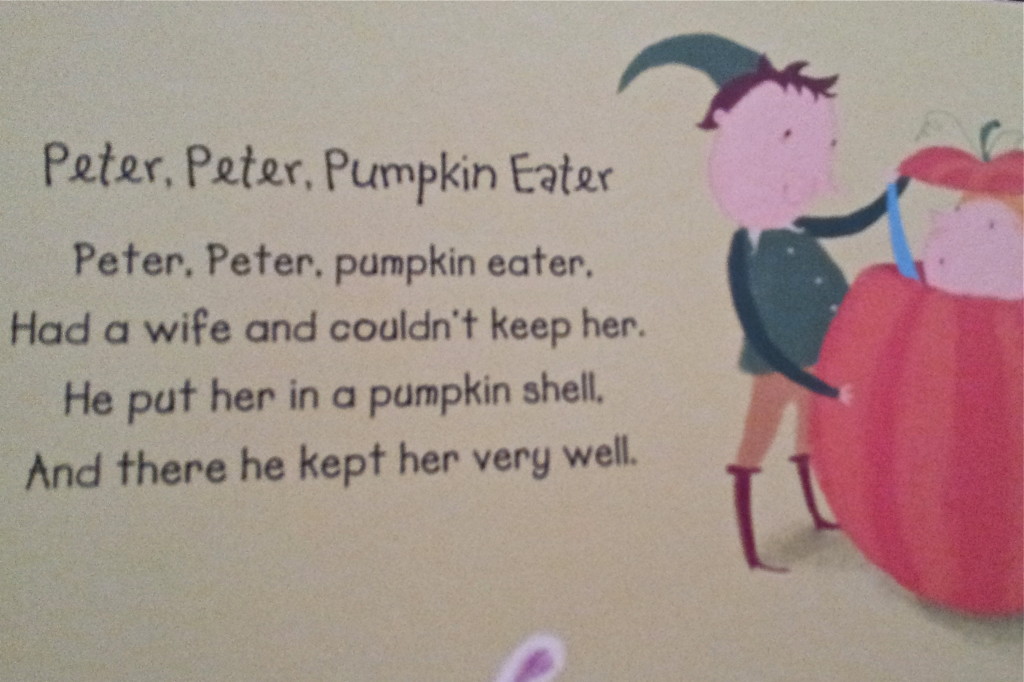 And I can’t help but wonder about Old King Cole.  Did the same people conjured up Alice in Wonderland come up with this little ditty, too?    I’m a little suspicious about the “bowl” that makes him so merry…  Did he live in a yellow submarine? 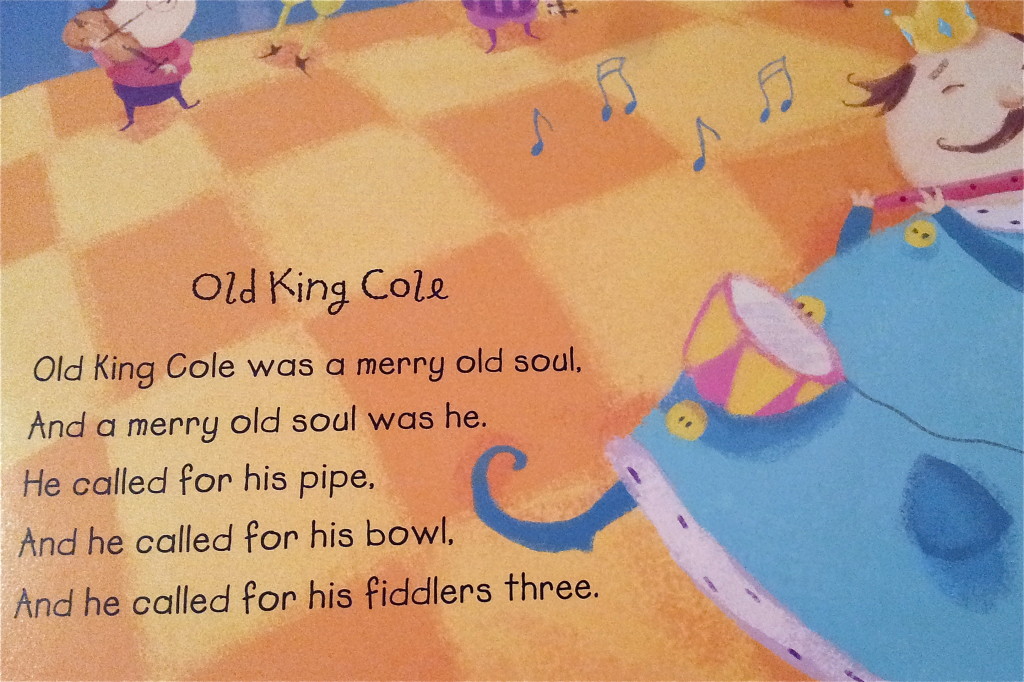 And what ever happened to the old man?!  It’s Raining, It’s Pouring leaves me with a cliffhanger!  He “couldn’t get up in the morning”?!  Like… Did he EVER get up in the morning… or the afternoon… or later that evening… or EVER, ever again?  How hard did he bump his head?!  Disturbing. 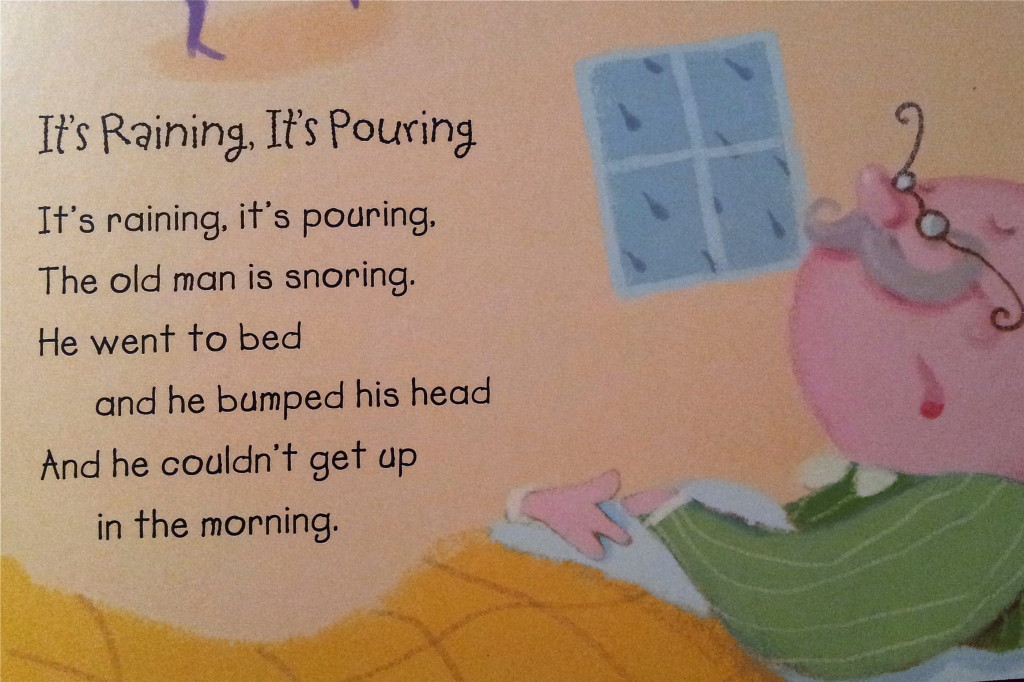 I might need to write my own nursery rhymes.  They’d be so tidy.  Mice would keep their tails; old men would wake up after the storm; Old King Cole would develop some new extracurricular activities, perhaps involving himself in the community; Peter would have a loving, faithful wife and not feel the need to resort to pumpkin confinement…