Rachael Ray keeps telling me that I can use some chicken that I’ve poached in her recipes.  Well, I had no idea what she was talking about, so I googled, searched and solved this mystery.

Here’s how chicken poaching unfolded in my house:

Brian and I had a whole frozen chicken in the freezer.  It sat, still packaged, thawing in the kitchen sink on a plate for a looooooong time yesterday.  In the evening, I transferred it to the fridge to keep and to finish any necessary thawing. 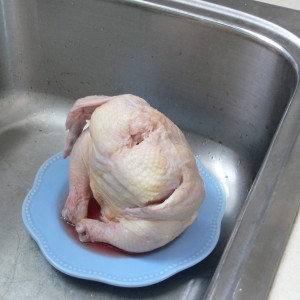 This morning, I followed the instructions on this site and rinsed and drained my chicken.

I chopped the recommended veggies – celery, onion, carrot, garlic (that a veggie?) – and used the herbs parsley, bay leaf and rosemary (’cause you should know from this post that I have a boat load of rosemary) for the poaching. 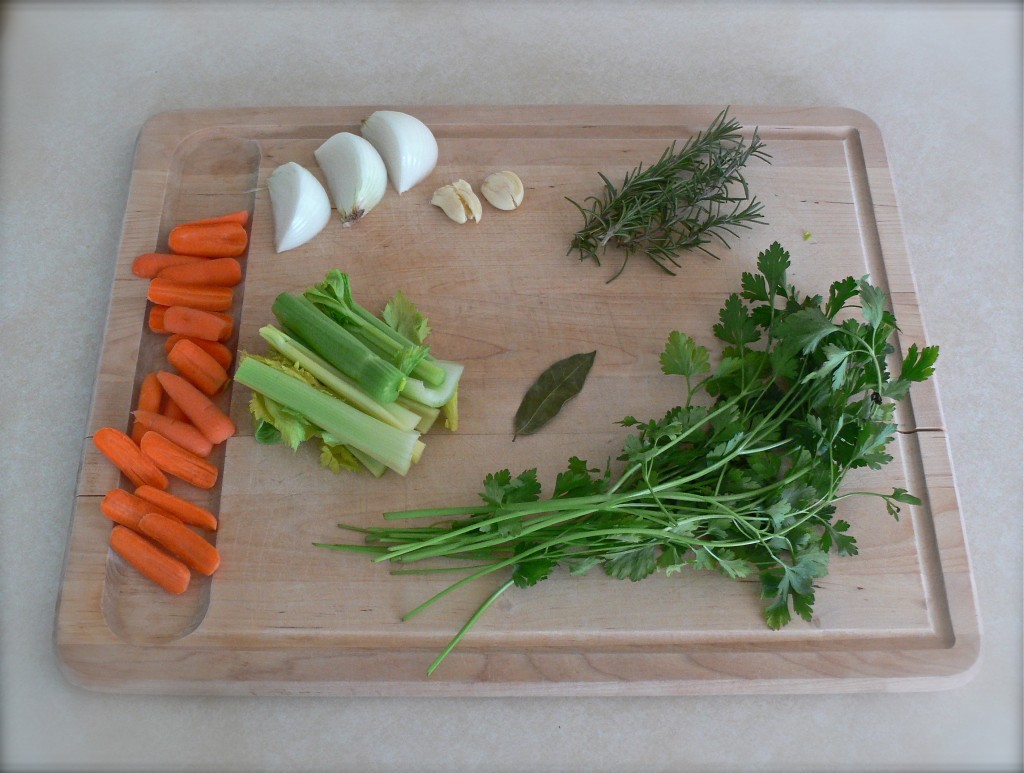 Once the water FINALLY came to a boil, I let it simmer for an hour and 30 minutes.  The web site said an hour and 20, but I opened the lid a couple times to try and get the air out of the chicken as it was floating to the top (and I wanted it as submerged as possible).  I figured the extra time was safer. 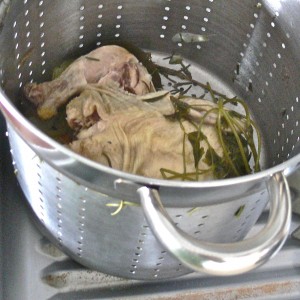 Sure enough, the chicken was completely cooked through and falling off the bone.  Taking it out of what was now the broth, I let it cool for about a half hour.

I separated the bones (which I’ll probably use later to enhance flavor of the leftover broth), the skin/fat/carrots (which Esther and Samson will appreciate once I liquify that into a gravy) and the chicken. 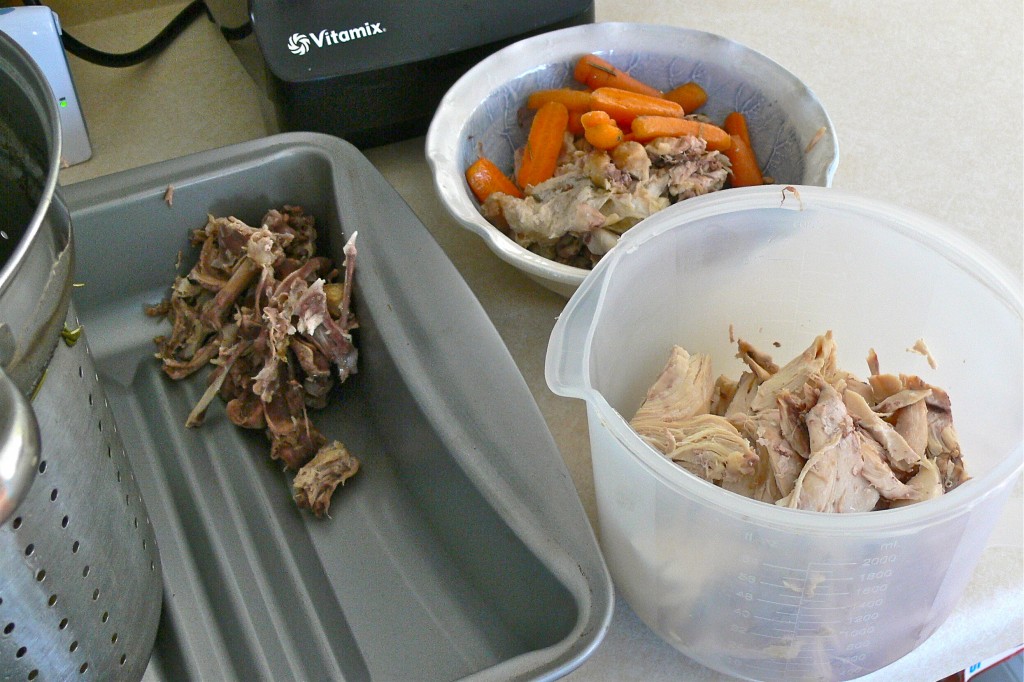 It looks like we’re all winners in the Spears household – the people, the pets and the budget.  Chicken pot pie will most definitely be on the menu this week and most likely a casserole.  ‘Cause, ya know, it is Casserole Week on Rachael.  *wink*