Well, the plans to go berry picking held up!  We arrived with our friends, Timo and Kaitlin, to Larriland Farm after getting lost (it was the nav’s fault).  This is one of their Fourth of July traditions and we were happy to join in on the fun!

First, Bennett attempted to eat the leaves before figuring out that the berries were edible.  I’d peel some of the blueberry skin back with my teeth and let him munch away on the juicy interior.  Blueberries = win.  (I also picked some raspberries, but not as many.)

It’s always adorable to see a baby strapped to a handsome man, no?

Eventually the sun came beating down.  It got hot enough that I had to ask Brian the question, “My butt is sweating.  Can you tell?”

Hate when that happens.

Between Brian’s driving making me carsick and the combination of sweating & nursing resulting in some mild dehydration and dizziness, by the time we got home, all we wanted were some naps.

So did we do fireworks?  Well, ‘ol Benny Boo’s got a wee tooth that wants to come in.  This little thing is prompting some unusual (for him) fussiness and sensitivity.  It was clear by 6:30PM that he would have melted down if we had pushed back his bedtime.  So no fireworks this year.  *shrug*  Had I insisted on it, it really would have been more for me than for him.  But if Momma is still in the same house this time next year, hopefully we’ll be able to make the drive down and enjoy some fireworks from her deck.

In spite of the tame evening, the babe didn’t go to bed before I snapped some red, white and blue themed pics. 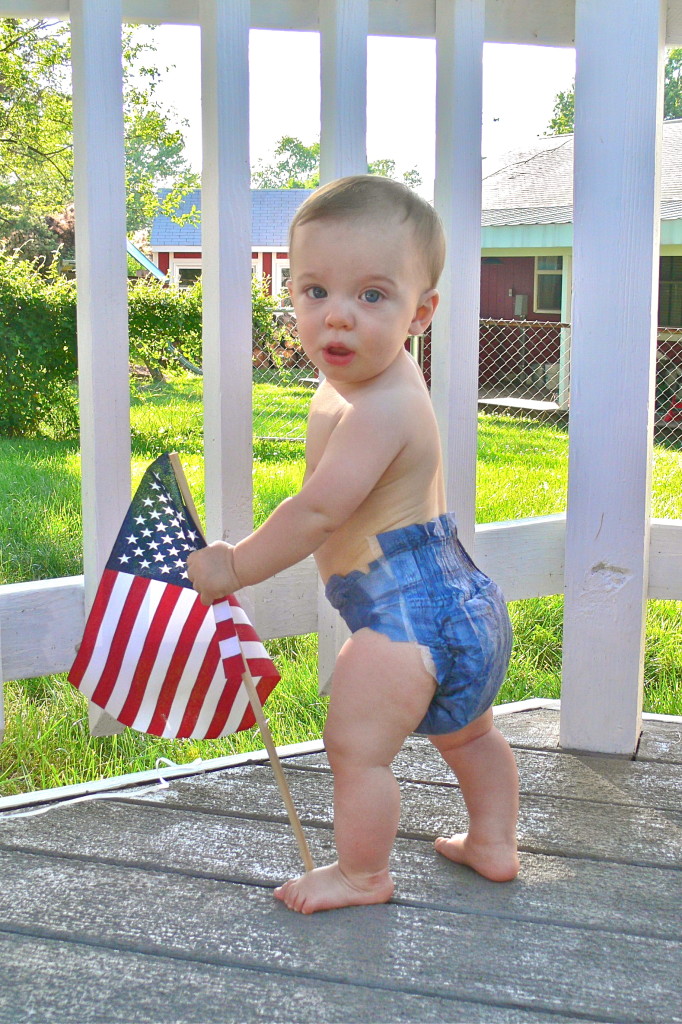