It’s been approximately one decade since I’ve been able to coordinate extracurricular activities on Saturdays (’cause, let’s face it, Saturday is a great day to get your hair done).  For the last two years, Brian has participated in former Redskin Lorenzo Alexander’s Ride to Provide charity bike event.  Yesterday was my first time joining him!  And not only did I join him, but Bennett tagged along, too!

Getting out the door on time was a little hairy.  We ran about an hour behind our “plan,” and yet somehow managed to take off on our ten mile ride mostly on time.  Ya know, there’s a lot to do to try and be prepared for an event like this:

Without boring you by elaborating on the details of how much Bennett flirted with a woman named Sue, how cold it was and how sore my butt feels now, allow me to share what I thought was the sweetest part:

Having made it to the halfway point and nearing our return, a man who had participated in one of the longer races passed me and said, “At least the wind is at our back now!” 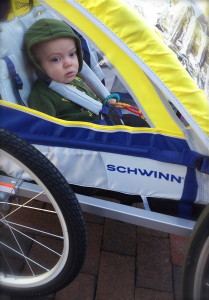 And I replied, “And the sun is warmer!”

(In that moment, I heard myself and the square piece in me desperately wanted to have a conversation with my brother, Donovan, clarifying and agreeing that the sun didn’t actually get warmer, but rather the temperature here did instead.)

As that man continued on, I knew he’d catch up to Brian in about 30 seconds and, being that he seemed friendly, I had a sneaky feeling that I’d see him slow down and pace himself with my husband for a bit, chit-chatting.

I watched them keep pace with one another, side by side, for a couple of minutes.  As I caught up, Brian and Lorenzo Alexander were having a lovely conversation in which they each were describing what their churches are like and also, getting more personal, what their relationships were like with their fathers growing up versus now, as both of their fathers have found Christ and become new men.

Leave it to Brian Spears to get right at it.  Pretty cool, pretty cool.

We had a lovely time and stayed, hanging out with our friends, Andrew and Becca, long enough to hear if we won any raffles.  Becca and I somehow got into discussion about exercise (perhaps it had something to do with – oh, I don’t know – the bike ride) and I yapped on and on about how 1) I hadn’t worked out for about a year, 2) I know that I should probably work out for health reasons, but really 3) my only motivation in working out is to fit my clothes.  So since 4) my clothes seem to fit now, 5) I quit the gym and kinda like this break right now.

Well, wouldn’tchaknow?  In an ironic twist of events, of all the raffle prizes we could have won, we won a three month membership to a local gym.

Perhaps it’s time that I reconsider my fitness philosophy. 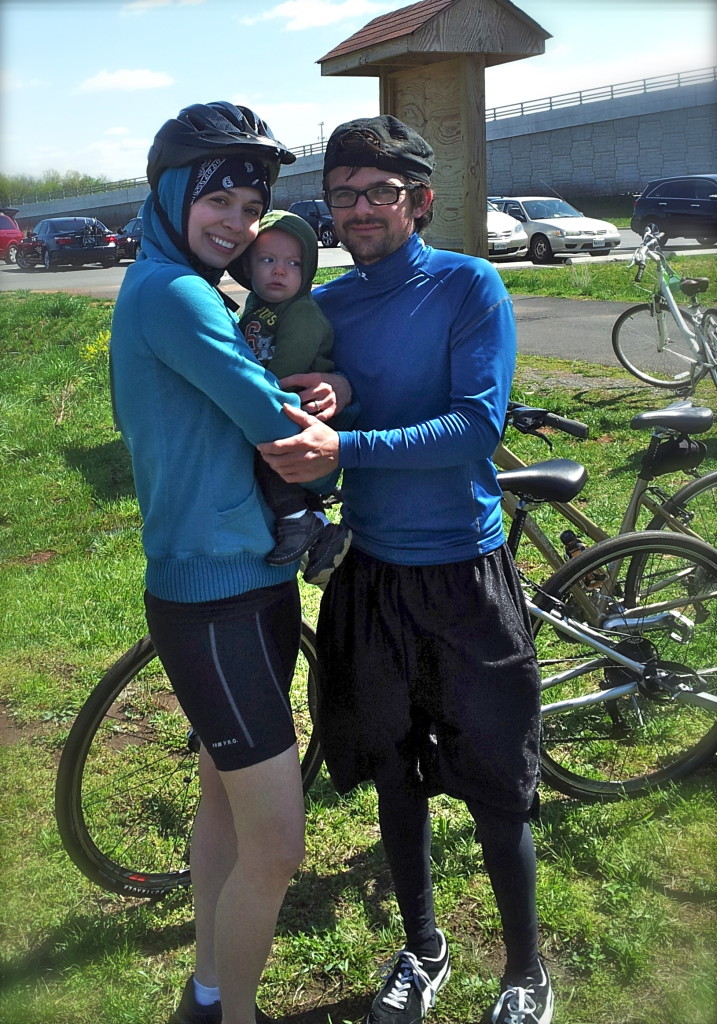 PS: I know it looks like there’s a vertical patch of missing grass, but those are actually my white legs… just in case you were confused.