Who wants a rocking horse when you can have a rocking snail?

Upon moseying through Three Lil Monkeys last week, I laid eyes on the ol’ snail and my heart went pitter patter. 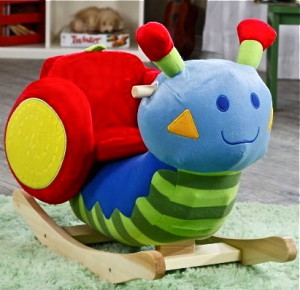 Look at the colors!  The wood!  It’s so charming!

Is Bennett anywhere near being readying for this thing?  I dunno.  Probably not.  But considering the fact that he seems to be an over-acheiver like I am, I’m bracing myself for his progress and development!  (Just yesterday he was rocking on his hands and knees!  Eeee!)

Now, according to this website (from where I got the above picture), the modern version of this snail is named Sandy and is “on sale” for $89.98, down from the original $159.99.

Considering the fact that I have a used and abused rocking snail, I still think I got it for a steal at just $14.99.  The internet tells me that Sandy usually comes with “happy tunes” and “educational songs” thanks to her battery-operated genetics.  I could NOT. BE. HAPPIER. that my rocking snail came just as quiet as a mouse with the former battery pack surgically removed.

I mean, come on, can’t a rocking snail just ROCK anymore?!  Does E.V.E.R.Y.T.H.I.N.G have to be sOoOoOoOo multi-functional?  Can’t Bennett just use his, oh I don’t know, imagination on the rocking snail?  If he desperately needs background music to the rocking snail movie that’s playing in his mind, can’t we utilize some singing, humming or perhaps even a CD?  (But, oh yeah, it does have a squeaker in one antenna.  That’s ok.  Every vehicle needs a good, ol’ fashioned horn of some sort.  Outta the way!  Rocking Snail is blazing a trail!)

And, no, his name is not Sandy.  His name is Rocking Snail.  Took me all week to come up with that.  Genius, I know. 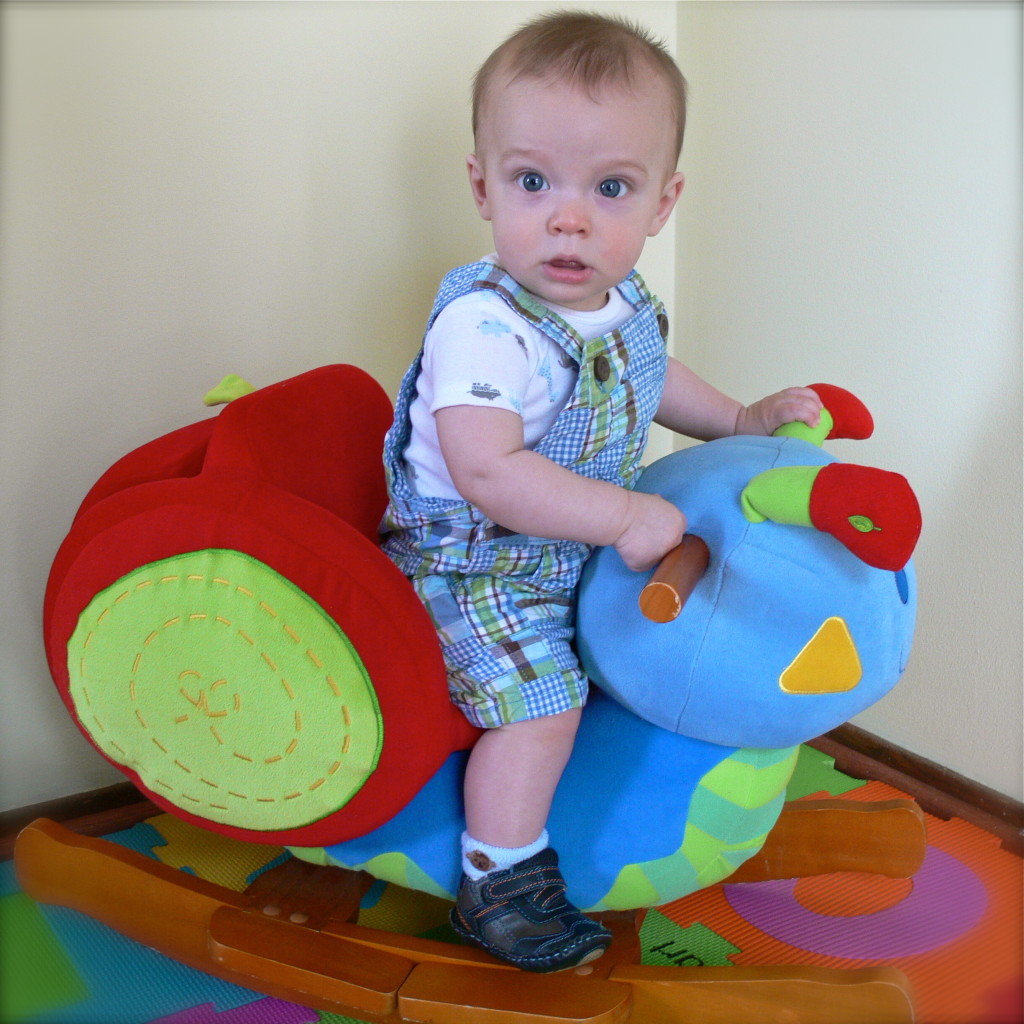