What sort of family traditions did you have growing up?  I almost hesitate to admit what we’ve got planned for fear of the backlash.  Then again, that’s rarely stopped me before, right?

In an effort to keep our focus on Christ during the holidays, our family (Brian, Bennett and I) will each receive three gifts in remembrance of the gold, frankincense and myrrh that Jesus received from the wise men when he was born.

I very much look forward to putting a limit on the number of gifts for a few reasons:

But… but… What about Santa?!

We live in a culture that celebrates St. Nicholas, don’t we?

I promise that I’ll never be able to sell Santa with a straight face.  This girl is way too sensitive to be dishonest, even in the name of magic, wonder and holiday.  Not only that, but the lie gets layered so thickly through the years that I know my frazzled brain won’t have the capacity to keep tabs on all of the various ways in which we’ve reconfirmed Santa’s ability to fit down our chimney.

Well, we’re going to teach Bennett the “game” of Santa.  He’ll know all about St. Nicholas and Santa Claus and Rudolf and the elves.  He’ll know that parents play games of make-believe and pretend with their children, masquerading as this jolly giver.  Bennett will be taught that Santa (A.K.A. Mommy & Daddy) will leave presents in his stocking, but that he has to pretend and play along with our Santa “game” or those stocking presents don’t get handed out.

My hope in this approach is to

While this might be unconventional, I’d like to get Bennett in the habit of giving to others in need at a very young age.  Eventually he’ll end up asking why we’re giving toys to children instead of Santa.  Square Piece ain’t gettin’ mixed up in all that.  Nope, gonna keep it clean, light-hearted, silly, special, honest and wondrous.

What are your traditions? 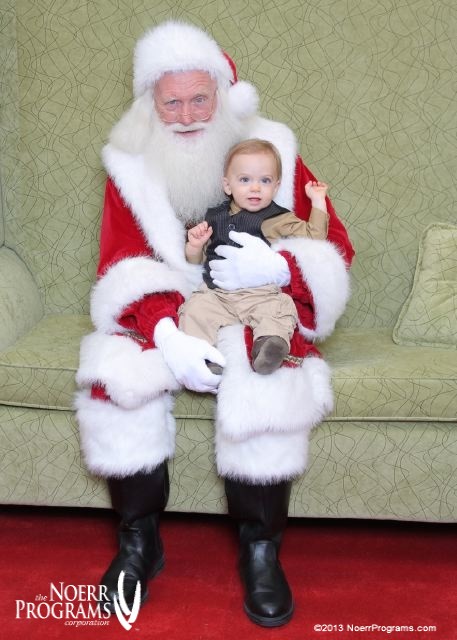