“French toast” and “savory” don’t usually belong in the same sentence.  Maybe I’m not calling it the right thing, but you definitely wouldn’t wanna put maple syrup on this.

You see, I get these delicious, yellow tomatoes down at Momma’s house.  In addition to that, on a couple of occasions, I’ve brought home some some local eggs, cheeses and sourdough breads.  Well, in an effort to use what I have and find creative ways to eat healthily (I mean whole food, not low-fat), I’ve been making this “savory” French toast.  (I feel the need to capitalize French here.  Is that wrong?)

For your average French toast, the kind that pairs well with maple syrup, I usually whisk up an egg, some buttermilk and a chai spice blend.  But for the savory variety, I don’t use the chai blend, but instead use salt and pepper.  Butter – yes, butter -(*cough* homemade butter *cough*) then goes into the skillet, followed by the soggy, eggy bread.

Anyhow, once one side is good and cooked and I’ve flipped it over, I usually then lay some sliced tomato and cheese on my pieces of French toast so that they can get alllllll melty-like while that last little bit is cooking.  I’ve also been known to lay some alfalfa sprouts under that cheese.

Ingredient-wise, I suppose it’s not too far of a cry from an egg sandwich in the morning, but for some reason, this little assembly has really been hitting the spot.  Do you do this?  Comments?  Suggestions? 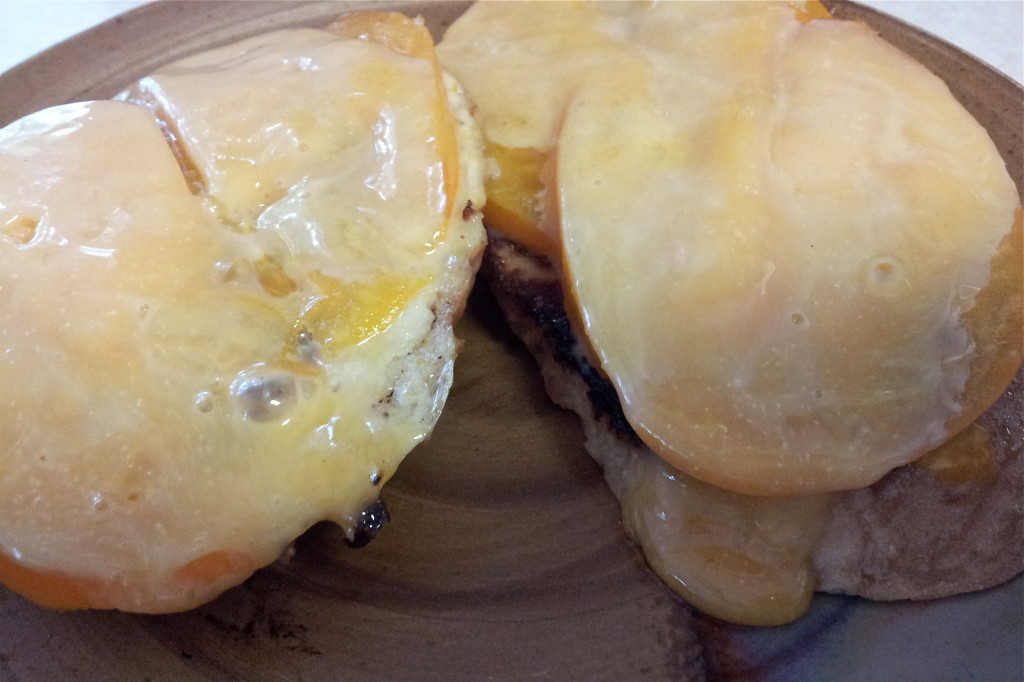