As I slowly began to fall asleep this morning and Brian took over the “morning shift,” I could have sworn that I heard coffee pot sounds coming from the kitchen,

Somehow I had managed my way through yesterday sans my cup o’ joe.

Awaking again at a more decent hour, fueled by more decent sleep, Brian and I were chatting about (1) an upcoming trip, (2) the need for more beans in our diet and (3) how my lovely husband had developed the nickname “Burrito” for Bennett.

Suddenly it occurred to me that I was still missing out on coffee!

Me, being a sly hinter: “You know what, Brian?  I went all day yesterday without one single drop of coffee.”

As if that was his cue, Brian exited the bedroom and I heard the sweet clinking of a coffee mug hitting the counter.

I’m so proud of Brian and I’m so glad that he speaks Woman.

Brian returned, sure enough, with a red mug in his hands.

Then he sipped out of it.

Maybe he’s just testing it for me.

Then he sipped out of it again… and held onto what I thought was my morning cup of coffee.

Nope.  Apparently my hint had only reminded him that he wanted a refill.

When I mentioned that I had been welling with pride over his ability to speak Woman, assuming he understood that I wanted the morning brew, he replied, “Oh.  I was gonna ask if you wanted some.  Do you want some?”

Not to worry.  We’re all fueled up now. 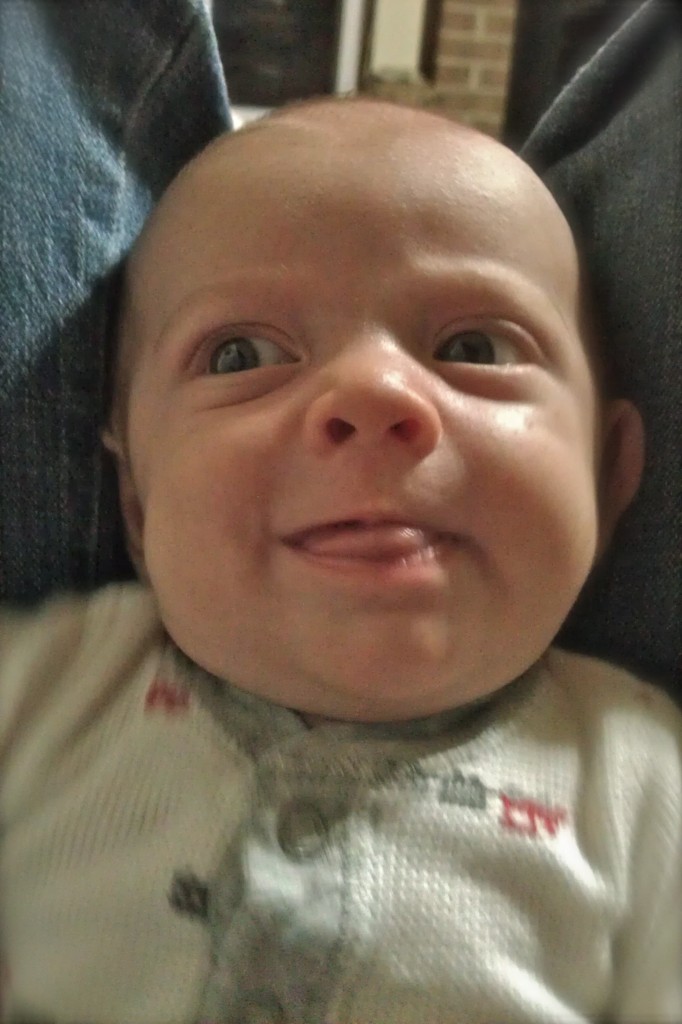