Not quite yet back to work, in a last minute effort to jam as much frugal skill as possible into my natural kitchen habits, yesterday I worked on strengthening my bean-soaking abilities.

Apparently, I’m quite gourmet in my sleep.

A bag of dried beans costs a little bit more than a can of beans.  But with the dried, you’re getting, like, I don’t know, a million times more (or some figure like that).  I once made the mistake of thinking that soaked beans would be edible in the morning.  This is not true.  Soaked beans are just ready to be cooked in the morning.  A few years later (and obviously much wiser), I’m now cashing in on this knowledge.

The question I had to ask myself was, “Why am I not using more beans?  They’re so good for me.  They’re inexpensive.  They’re easy.  And I’m gonna be cooking a meal anyway, so I might as well make it bigger with some beans!”

I mean – Sheesh! – if I can brush my teeth at night, surely I can dump two cups of water on one cup of beans and walk away, right?

While I didn’t measure a darn thing that I tossed in the crock pot for my split pea soup, I did come away with a few Ah-Ha’s that I’d like to share:

Once the soup was done cooking, I carefully removed my bone-and-rosemary bundle (I have so much rosemary!) and used an immersion blender to give the soup more creaminess.  And you know what else gives soup creaminess?  CREAM.  So I blended some of that in there, too. 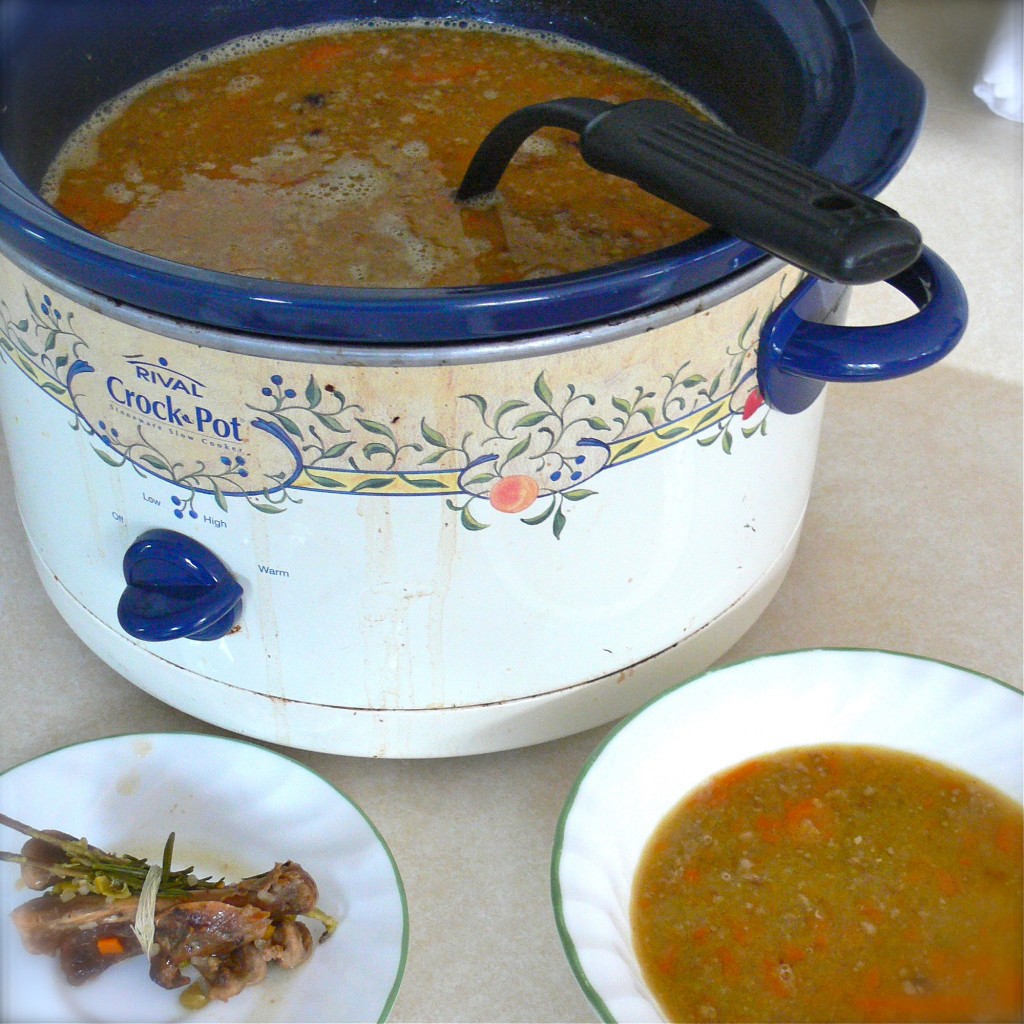 All right, who’s coming over for leftovers?  Is there a small army out there who needs a meal?  ‘Cause now I’ve got split pea soup comin’ out the wahzoo!