Taking a departure from any Super Bowl festivities that we’ve ever participated in, Brian and I drove to D.C. last night for a change of pace.

My husband listens to 106.7FM “The Fan” during the majority of his waking hours.  This radio station was hosting a Super Bowl party at the Riot Act Comedy Club.  A while back, Brian was the 106th caller to 106.7FM, which qualified him to be one of 106 people to win a Ford F-150 pickup truck at the Super Bowl party.  Folla’?  (Holla’!)

Their strategy in pulling names was pretty cool in that they drew names throughout the entire game with the intention of the last name left being the winner of the truck.

We were the 11th from the last name drawn.  (Remember that number – eleven – cause it’s going to come up again in eight days when I tell “The Dreadlock Incident.”) 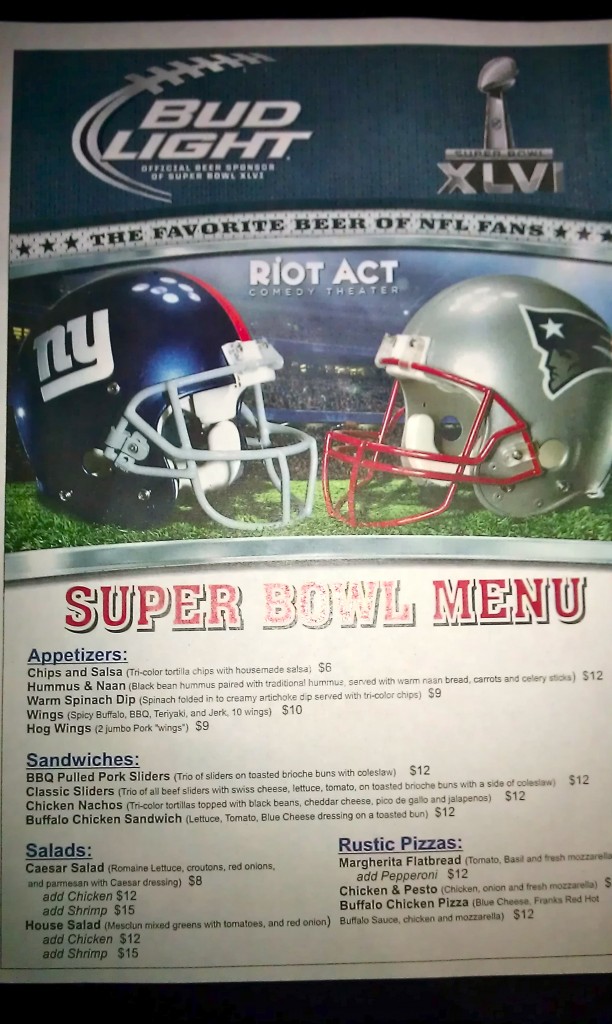 Losing didn’t matter ’cause we were having such a good time!  We both picked our own little pizzas off the menu (buffalo chicken!  woot woot!) and enjoyed them while eyeing the game on a huge projection screen. 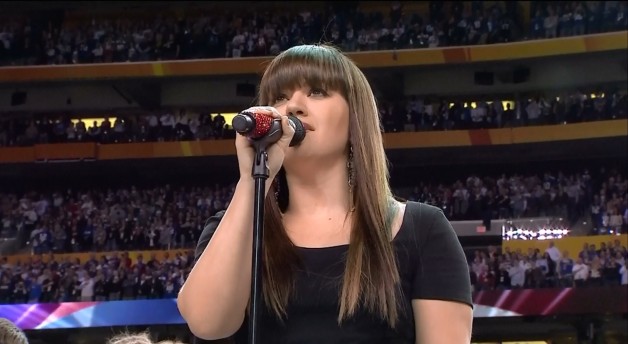 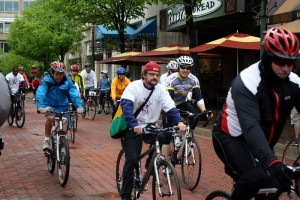 Lastly, Brian said hello to Holden Kushner, a 106.7FM host, whom he rubbed elbows with last year at Ride to Provide, a charity bike event.  This was Holden’s first time meeting me.  After some brief and awkward small talk, Holden gave Brian the fist bump and said, “You out-kicked your coverage.”

Brian cracked that code for me later and explained that Holden was giving him a backhanded compliment.  Apparently that was Holden’s way of saying that an average looking guy got a hot wife.

Though I think Brian’s pretty darn hot myself. 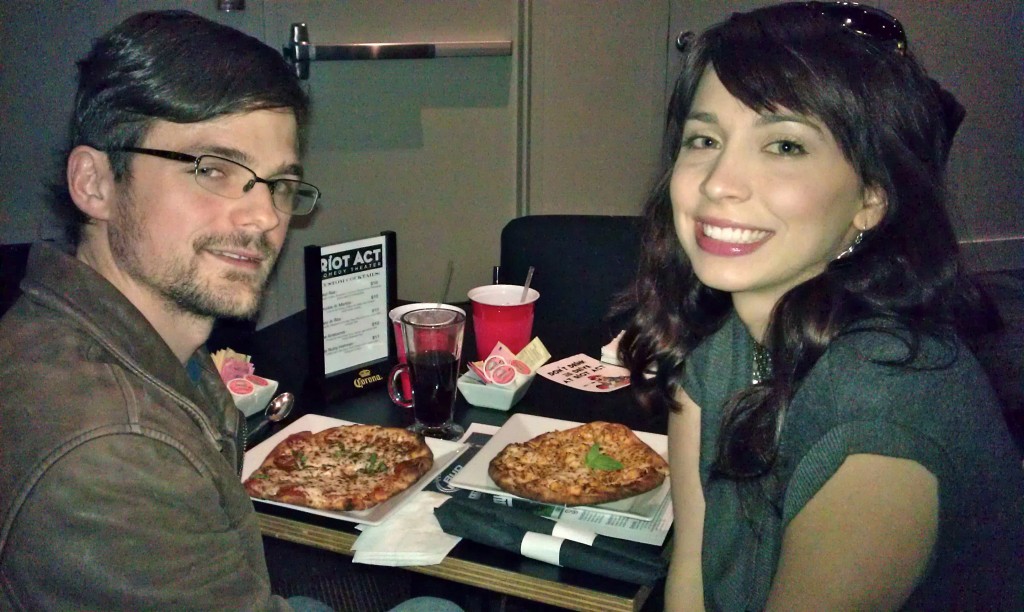