Back in 2006, Brian’s stepmom, Yvonne, was once so ill that were it not for her hair, you might not have recognized her.  Even her own children were too sensitive to look into her face.

It all started when her eyes began irritating her, swelling shut from time to time.  In no time flat, Yvonne was issued a prescription for allergy medication.  And while those drugs seemed to work for a while, this really wasn’t about allergies.

Still not feeling 100%, the next worry that landed her back in a physician’s care was her heart.  At the most unexpected times, Yvonne’s heart would beat so hard and so furiously that it would wake her husband up – and he was wearing earplugs!  Herself being a runner, she completely withdrew from the activity for fear she’d have a heart attack.

Again, back to the doctor.  With blood work showing abnormal thyroid results, Yvonne was sent to an endocrinologist.  Not being thrilled with the first doctor, she moved on to a second specialist.  Per standard protocol, since Yvonne was diagnosed as suffering from hyperthyroidism, she was prescribed 18 months of steroids along with another drug to suppress her thyroid function.

But that thyroid just wouldn’t be subdued.  Yvonne endured her body’s inability to regulate her temperature while her eyes continued to swell and to bulge.  Protruding eyes risk blindness, so the specialist opted to radiate her eyes in addition to continuing the existing steroids and prescriptions.  And, as I understand it, because the eyelids had shifted from the bulging eyeballs, Yvonne also had to have her eyelids surgically operated on as well (…something about a reorientation of the hair follicle causing scratching…?).  Seriously, guys, Yvonne was becoming unrecognizable.  Her eyeballs could almost touch her glasses.  Brian wasn’t sure she was going to make it.

Okay, not only was the radiation unsuccessful, but there was a failure to communicate the expectations of the second eye surgery.  Nobody told Yvonne that when she woke up, her eyes would be stitched shut!  CAN YOU IMAGINE?!  OhhhhhMaaaaaGoooooooodness, to wake up thinking that you can see only to be sewn shut and blacked out!?  F.r.e.a.k. O.u.t.  So, yes, she naturally suffered a panic attack in addition to the sutures creating corneal abrasions.  Major bummer.  With eyes sewn shut, Yvonne was “supposed” to let her husband assist her in every way.  But, ya know, sometimes we think we don’t need that help.  Poor Yvonne made some moves to head to the bathroom without Lee’s help and ended up face-planting right on the floor.  Her tooth went through her lip.

Having no luck with Yvonne’s eyes OR the thyroid regulation, the thyroid specialist ultimately ended up suggesting a complete thyroid removal.  Given the disastrous results of the first two surgeries, this time Yvonne was more hesitant to jump right in.  Her mother then suggested giving Dr. Bartlett, the “which” doctor, a chance.

What did she have to lose?

(Incidentally, THIS is how Dr. Bartlett got her nickname, the “which” doctor, within our family.  Yvonne had been passed around to so many doctors that when she mentioned Dr. Bartlett, someone said, “Which doctor?”  And she replied, “Yes, the ‘which’ doctor.”)

Hoping to avoid surgery, Yvonne travelled two hours one way to have her first appointment with Dr. Bartlett.  Not only was Dr. Bartlett very compassionate to Yvonne’s situation, she was also confident that with her help, Yvonne’s health could be 100% restored.  Yvonne remembers Dr. Bartlett saying, “There’s nothing wrong with you except that you’re extremely toxic,” and resolved to deal with this one layer at a time.

As I’ve mentioned in the past, Dr. Bartlett doesn’t draw blood for tests and she doesn’t prescribe prescription medication.  She uses nutritional response testing (kinda like muscle testing, but not exactly) to get your body to “tell on you” and sells very reasonably priced whole food supplements by Standard Process.  Rarely, but on occasion, she will recommend herbs.

Well, Yvonne was really, really, really, realllllllllllllly not well.  Right off the bat, her body was begging for upwards to a combination of 45 supplements a day!  Determined to see this through and not wanting to spend the rest of her life on prescription medication for having no thyroid, Yvonne got with Dr. Bartlett’s program, going back from time to time and having the supplement regimen adjusted.  In about six months time, Yvonne began to notice herself feeling better.  Within 1 1/2 years, she had her blood taken and all tests proved that her thyroid was functioning in a perfectly normal and healthy way.

To this day, she still has ZERO thyroid problems.

What once was a snowballing health scare is now the boring story of about six whole food supplements for maintenance a day.

You guys know that I won’t be blogging daily in the new year.  Please, oh please, if your health isn’t amazing, if you need a first or second opinion about a health issue, and if you live within a two hour radius of Winchester, Virginia, do yourself a favor and just build a relationship with this holistic doctor who will blow you away.  She doesn’t bother with insurance, but she’s affordable (regular office visits – after the first one – are $35!), she’s down to earth, she doesn’t rush you through and she listens to every word you say.

Our “which” doctor hasn’t asked me to sing her praises.  I’ve simply told her that’s what I’m doing.  You’ve got to trust me on this.

Dr. Bartlett runs Blissful Life Center for Weight Loss and Natural Health at 661 Millwood Ave. (NOT PIKE), Suite 207 in Winchester, Virginia.  Her phone number is 540-722-2078.  While her entrance is tricky and her website fails to effectively communicate her techniques, don’t be daunted by all that.  If you need a buddy to join you, just ask me and/or Momma. 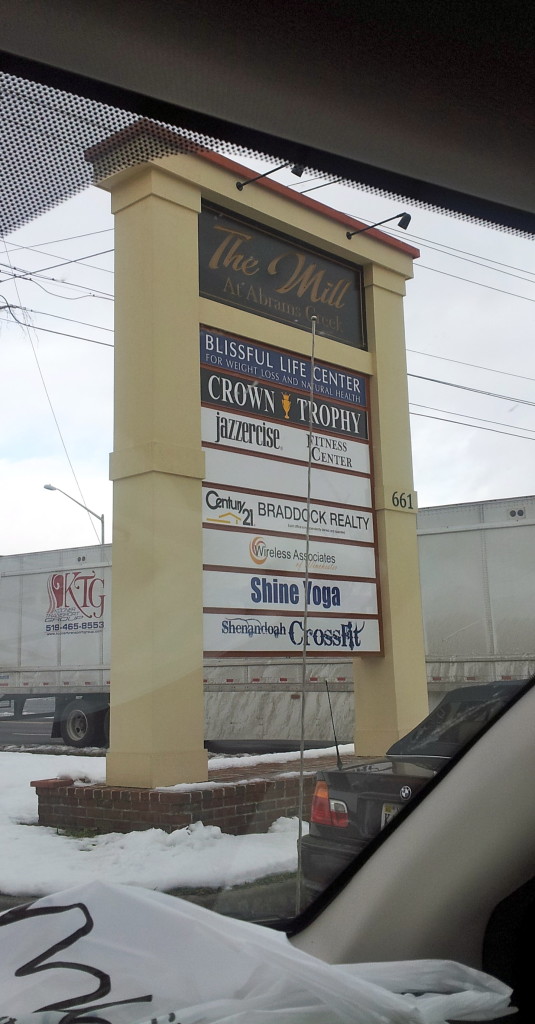