From middle school to high school, every day our class watched a brief news program called Channel One.  I have to admit that they do a great job engaging teens with current events.  In addition to catering their approach to the teen demographic, the commercials that aired during Channel One were equally intriguing.  I’ll never forget one in particular…

Except this one wasn’t the original.  It was more hip, more modern and she said “heroin” instead of “drugs.”  Plus, it was a lot more entertaining.  Please observe the commercial.  Remember this?  (Did you SEE that pan, boy?  She should be able to fight zombies with that beast!  Perhaps Brian IS on to something… Get in on the joke.)

My eyes were fixed on the television every time that this commercial came on.  EVERY.  TIME.  Under no circumstances could anyone tear my eyes from the screen.  No interruptions!  Every ounce of breath in my lungs hung suspended, waiting for the end.  Oh, the glorious end.  I had to see the end!  Had to.  For it wasn’t until the very end that I realized, once again, just how incredible her haircut was. 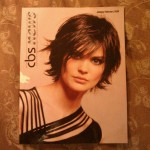 There I was – future stylist and didn’t even know it – hypnotized by this messy mane.  Eventually I found a magazine cover with a similar look that satisfied the longings of my heart.  I tore it off of the magazine and held onto my inspiration for years.  (Close enough, right?)

Well, if there’s one thing people are good at, it’s finding hair inspiration in others.  As a stylist, I cannot count the number of pictures that have made their way to my station with the mission to communicate an intended look.  Men and women alike have the capacity to hone in on an image, break down the desirable components and recreate something similar for themselves.  Sometimes my clients bring in the entire magazine; sometimes they just bring in a cut out.  Sometimes they’ll bring in their phones or laptops with pictures saved; and sometimes they’ll just bring in an old childhood picture.  I have a fabulous clientele that, for the most part, completely understand that while it would be unrealistic to expect their hair to do the exact same thing, we can usually come very close.  I certainly don’t mind envisioning a style sans picture; I quite like being creative and appreciate that they trust my inspiration, which is invisible to them.  But in the same way that I was obsessed with Drug-Commercial Girl’s hair, when a woman does her “homework” and comes in with something specific in mind, I delight in helping her see that through.

Well, this week one client in particular proved just how amazing of a hairstylist she thinks I really am.  (Fyi, she’s a friend and I totally got her permission to blog this.)  She loved her haircut last time and wanted the exact same thing.  Usually when someone makes that request, I can follow the shape, taking an even amount all over, and come out with something pretty close to identical.  She asked if I needed to see the picture from last time.  I didn’t think I needed to, but then a minute later she offered, once again, to get the picture.  I thought to myself, “You know what?  For peace of mind, let’s just go ahead and take a second look at it.”  A minute later she emerged with the picture for me to follow.

Client, “Does this help?  Can you tell what you did last time?” 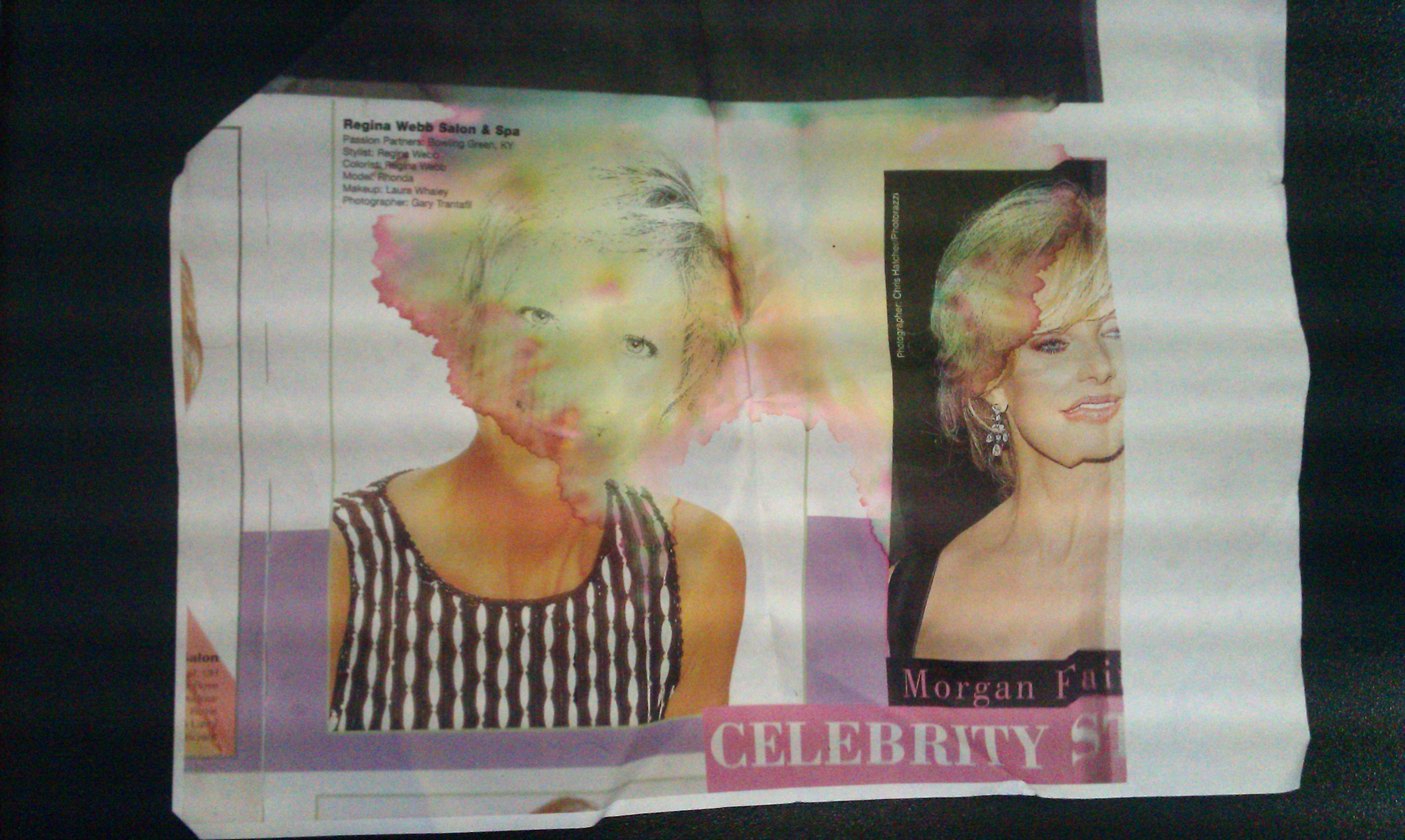 That’s right.  She wanted the haircut on the left.  You know, the one that’s been completely washed away with water and all you can see are the eyes?  Granted, she did acknowledge that there was a chance – due to the water actually ERASING the haircut – that this might be unhelpful.  But just in case…

Okay, seriously, I’ve seen that page before, so I actually do remember what the haircut looks like.  But no, as amazing you might all think I am – and I hate to disappoint – it is unlikely that I can mentally recreate water-smeared ink (or at least, not exactly).