For all the effort that Brian put into throwing me an amazing birthday party, it seems that a thorough recap is in order.  You’ve seen the photo booth pics and I’ve put up the video of my introduction of Bradley Hathaway.  But there is so much more to share! 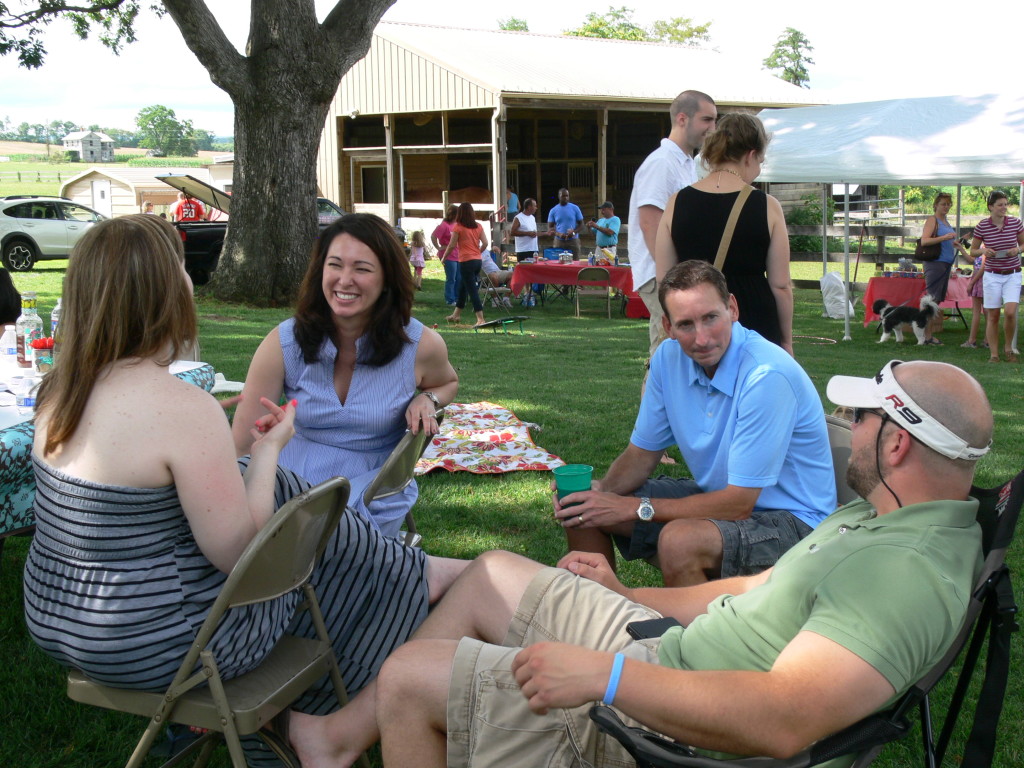 First of all, the setting was beautiful.  Brian had set up tents with tables and chairs and my sister had decorated them with pretty table cloths, party favors and centerpieces.  Super adorable.  Under one tent in particular was the photo booth and the prize table.  Prize table, you wonder?  Yes.  Brian’s mom had planned a bunch of games (which we played closer to the end of the party) and was sweet enough to get a variety of gifts and prizes for the winners of those games.  There was an egg toss, a three-legged race, a potato sack race, etc.

There was a great turnout and between the music, the silliness, the mingling and munching, we all had a wonderful time.

It’s hard to put into words all of the little details that made the day special, so here’s a tiny list:

(Stole this pic from you, Katie…) 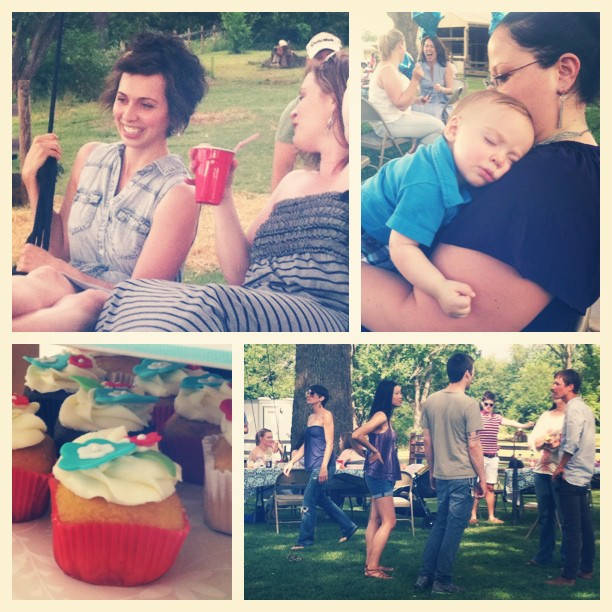 Sorry if this seems like a hodge podge, but I swear that my brain must’ve been so overstimulated that I’ve been intimidated to write about this day knowing that I wouldn’t be able to do it justice!