Did you know that babies don’t produce tears for a while?  Nope, when they cry, it’s a dry wail.  While others might give you more scientific reasonings behind this, I believe that God, in His merciful kindness, created babies this way to give new parents a period of grace before seeing their infants’ first tears.

Bennett turned three months old today.  His first tears came between his second and third month.  The wetness doesn’t really roll down his cheeks yet (thank the Lord or my heart might burst), but rather the tears just seem to wet the eyes or collect at the corners.

Here are a few more changes that took place in the last month:

Being that I seemed to be breaking all the rules for the sake of more rest (Co-sleeping!  Unswaddled!  Belly down!  Oh my!), I had concerns in the back of my head as to when we’d be able to undo these habits and how painful it would be.  I should have never worried.  One night I was so sick that I had the chills and asked Brian to take over for the entire evening till morn so that I could sleep uninterrupted in bed.  The morning found me much improved and Bennett has happily slept in his crib ever since.  Yes, he’s still sleeping belly down, but I could see that he had great neck control prior to making that choice.

Finally, between Bennett’s second and third month, I’ve come to accept that fact that I’m going to look thirty when I turn thirty in July.  Smiles linger on my face for such long stretches that my facial muscles actually feel strained sometimes.  Those laugh lines and crows’ feet will be here in no time.  But it’s totally worth it. 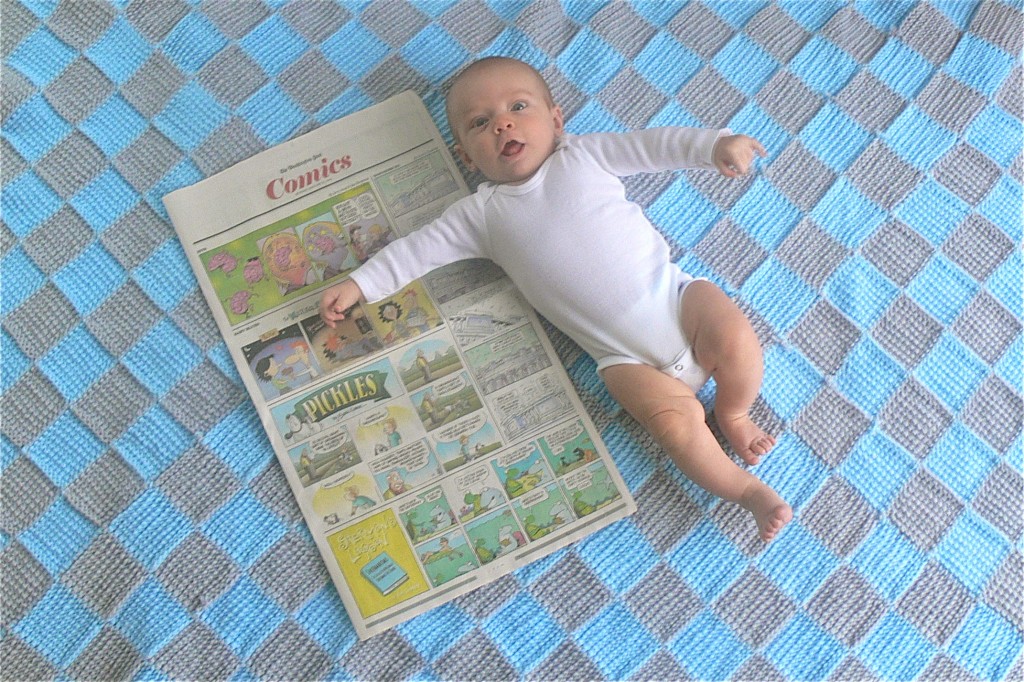