The last time Brian and I had Ethiopian food was three years ago in D.C. with my friend, Ben.  By the time we were finished eating, I looked like I was heading into my second trimester of pregnancy.  It’s true.  Ben has the proof (he’s a great photographer).

Brian had a hankerin’ again, so even though he was famished and wasting away, we googled using our phones and found that if we walked 0.6 more miles, we’d find an Ethiopian restaurant.

This is what my husband looks like when he’s waited long enough for lunch and is waiting a minute more just so I can take a picture of his pretty food: 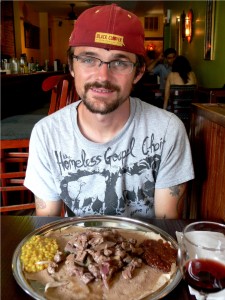 This is what I look like when I know my food will melt in my mouth because the consistency is already meeting me halfway: 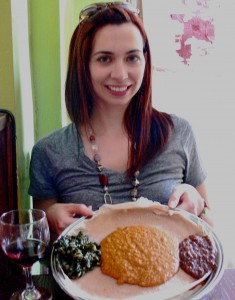 That afternoon we headed to Central Park.  It seems kinda crazy that considering the number of times I’ve been to NYC, I’ve never been to the park.  I was surprised by how much the lawn was fenced off.  It’s less fun walking around a park when the fences force you to stay on the pavement paths.  What was fun was stumbling across the carousel!  Oh, man!  I’m not sure what this says about me, but I love going round and round.  You know those swings at amusement parks that gently swing you up and out like you’re orbiting the sun?  Love them.  Could ride for hours.  Same holds true for the carousel.  It’s so relaxing!  Unconcerned with whether or not I’d actually be competing with other children for my seat, I made a beeline for a big, pretty brown horse that “went up and down.”  I have no idea why anyone would get on a carousel just to ride a stationary horse.  I judge the people that don’t want their horse to go up and down.  I judge them with pity and disdain. 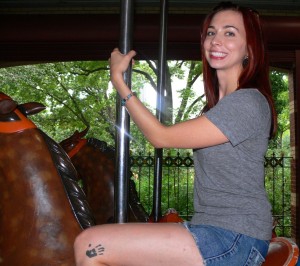 Then we found some gigantic rocks to conquer that gave us better views of the expansive park and city.  And after finding said rocks, I proceeded to find the one man who would graciously take our picture, but choose to do so in a squatting position.  Listen people, when someone asks, “Will you take our picture?” they are not asking, “Will you squat and take our picture?”  Everyone knows that when you take a picture from below the face you risk 1) looking like you’ve got a double chin and 2) looking like a giant.  Why do I want to look like a double-chinned giant when the whole point is to look like you’re little in the BIG CITY.  Oh, I wanted to be a square piece so bad and dictate the terms of the gracious picture-taking agreement.

Please stand while taking the picture.  Press the button halfway so that it focuses on us; then pan out a little so that we look like the tiny couple in the right third of the photograph compared to the great big city in the left two thirds of the photograph.

Instead I just smiled and tried my best to not look like a square piece. 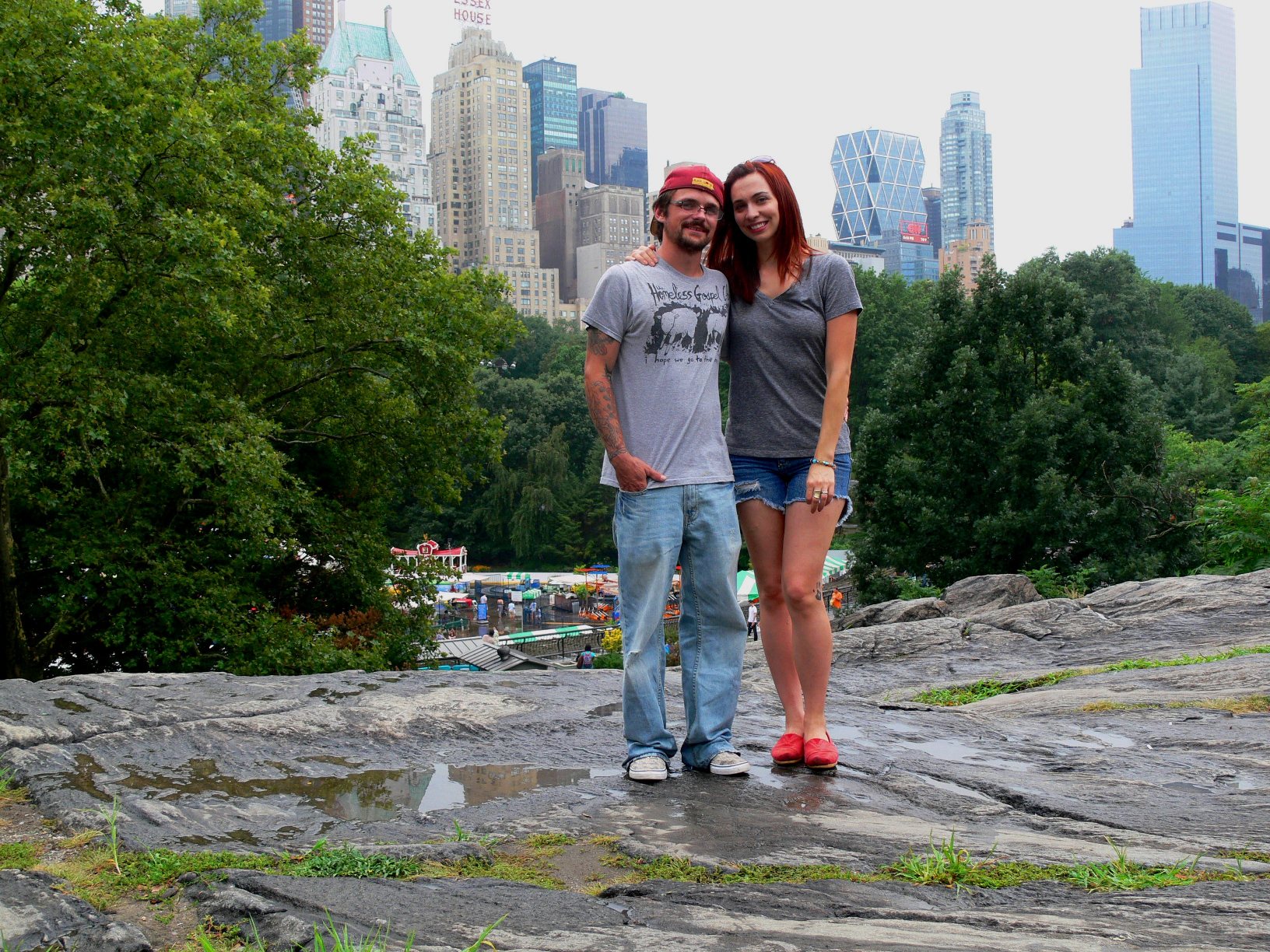