The night of Christmas Eve, I discovered that I have a superpower: the ability to project an invisible force field that is impenetrable to the death stare of a 77 year old woman named Dorothy. 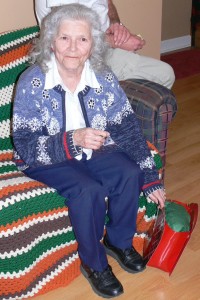 Dorothy is Grandaddy-in-law’s sister.  We’ve rubbed elbows here and there over the years, but have never come close to stepping on each other toes.  Well, on Christmas Eve, not only did I step on her toes, but I sorta paced back and forth across them.

Every year the in-laws orchestrate a riveting game of Thieves’ Christmas.  You know the drill: Every individual comes with a gift to contribute to the pot.  Every individual draws a number.  Number One, Two, Three, etc. chooses a gift from the pot.  Anyone can either do the same or steal Number One, Two, Three’s, etc. gift.  If, for instance, Number Three is empty handed due to thievery, he or she can select another gift from the pot or also commit to a life of crime and steal from somebody else.

Listen, I strive to live a fairly moral life 364 days out of the year.  But when Thieves’ Christmas comes around, all bets are off.

If I attempt to type out the logistics of exactly what went down, you might get lost in who’s who and who has what number.  Suffice it to say, I’m not sure if Dorothy has ever had a fondness for me; but if she did, I dissolved that fondness in a matter of minutes by stealing from her three times.

If you think I’m exaggerating Dorothy’s emotional response to this game, know that after I stole from her for the second time, she physically got up from the couch, collected her belongings and insisted, “I’m not playing anymore.  I had what I wanted.  I’m not picking another gift.”  (Then, yeah, we coerced her to stay.  And, yeah, I stole from her again.) 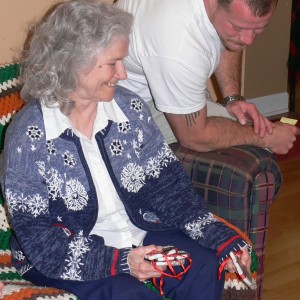 Dorothy was particularly miffed that I stole back a collection of ornaments that I had personally made with my very own hands (I tend to operate under an unspoken alliance with my mom-in-law).  On either side of the ornament was a picture of a member of the family that I had printed and distressed to give a vintage look.  Then I dipped the ornaments in glitter, later drying and sealing them with acrylic sealer.  No worries.  Dorothy made off with the ornaments in the end (and fair and square, too… none of this temper tantrum nonsense).

However none of this compared to the most anticipated gift of the night: stuffed in a stocking was my plain, white spoon rest! 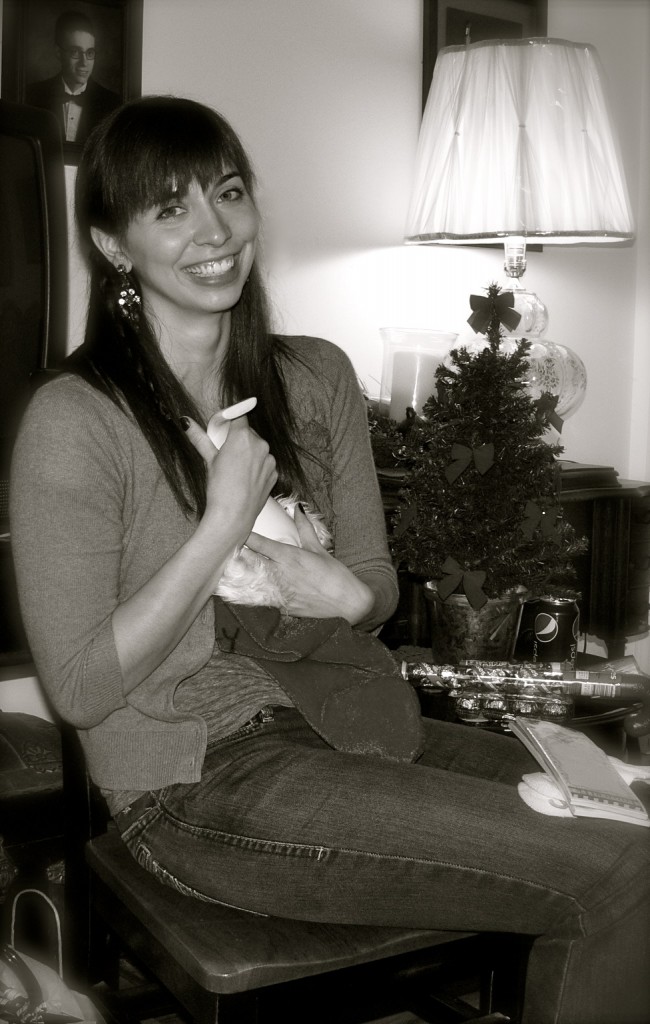 Now my coffee drip nightmares are over.

If you don’t know the significance of this gift, then catch up here.