Well, all this digging around in old yearbooks has been enlightening, horrifying and somewhat shocking.  I have no idea what I was thinking when I was 12 years old, but I’m pretty sure it was mostly about boys.  As you already know, I’m a very detail oriented square piece with a miserable memory.  Whether or not I actually knew that about myself in seventh grade, I’m not sure.  Fortunately I did myself the favor of labeling and categorizing my classmates with notes to myself so that I’d never forget certain important details.

First of all, I created a starred system to establish who was cute and who was just “o.k.”  If a boy was cute, he got a whole star; if he was okay (meagerly attractive enough to be worth mentioning), he got half a star.  (These things are too horrible to make up.  Evidence below.)  Secondly, I indicated which classmates were in my choir class (dude, I barely remember even having choir class, much less who was in it) and which students had been in my class both the current year and the year prior.

And just in case I became senile in my old age and didn’t know who to trust, next to various names I indicated if certain people were “nice,” “crush,” “rode my bus,” “funny,” “rude,” etc.  According to my careful records I had three BFF’s, one BBF and one “very best friend.”  Today I am still friends with the very best friend (even if she thinks I’m a squatter).

There were a total of nine encouraging notes for me to “never change” (advice I’m pleased not to have heeded in its entirety).  And as promising as all the notes were about Jeremy and I being such a cute couple, I’m pleased to announce that my seventh grade relationship evaporated approximately two weeks later.  …But not before he scrawled an endearing message on the page that I reserved just for him (word for word, punctuation and all):

“Suzy, hey you’ve always been nice to my and I respect you very well, + I’ll always love you no matter what  Love, Jeremy”

Jeremy, if you’re out there, I hope you’ve moved on.  You deserve better than someone who categorizes people by stars and half-stars.  I know it’ll be hard to forget about me and my strawberry lip gloss, but you’re going to have to try. 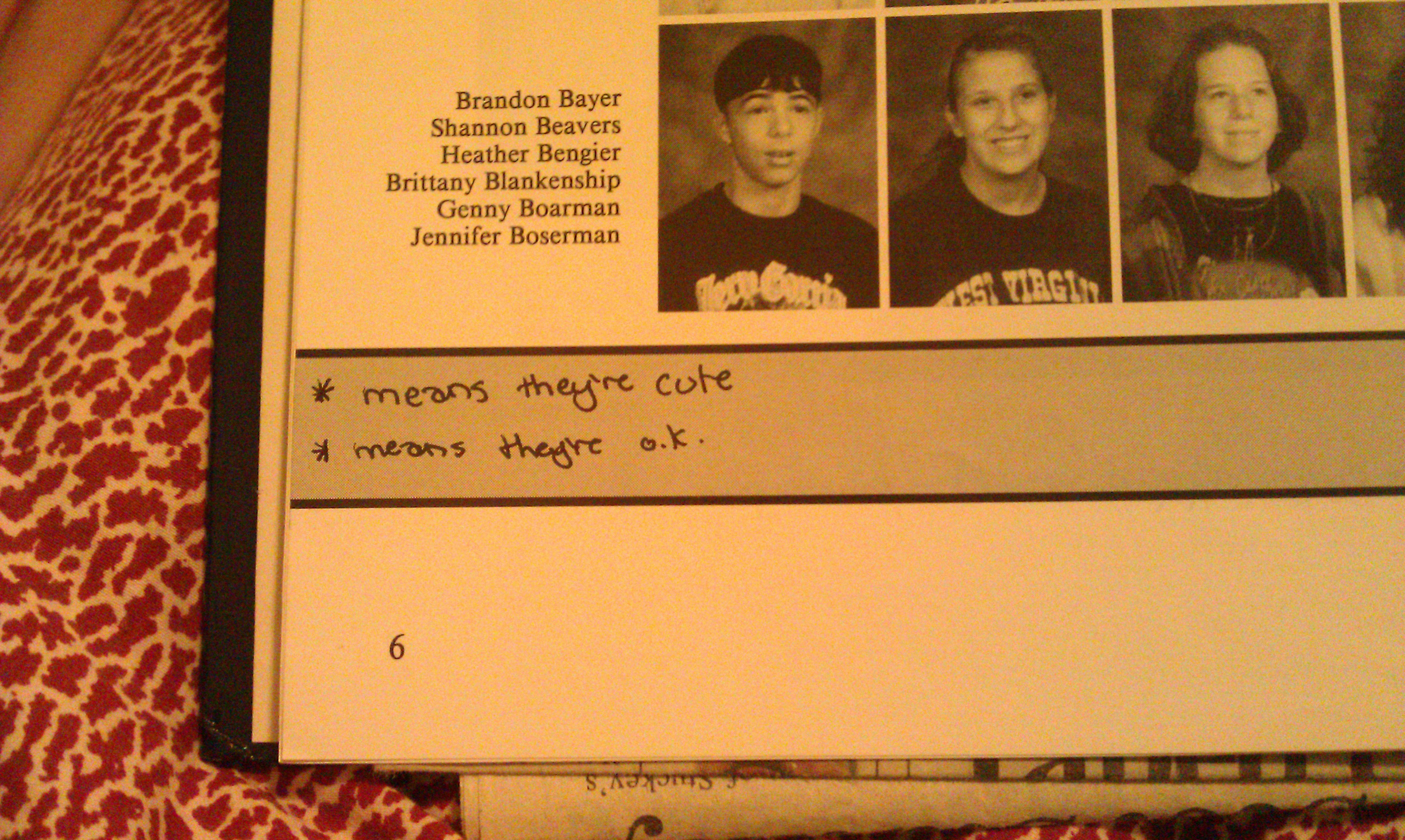